You are here: Home/ Articles/ Volunteer Abroad/ Blogs/ A Visit to Phnom Penh

A Visit to Phnom Penh 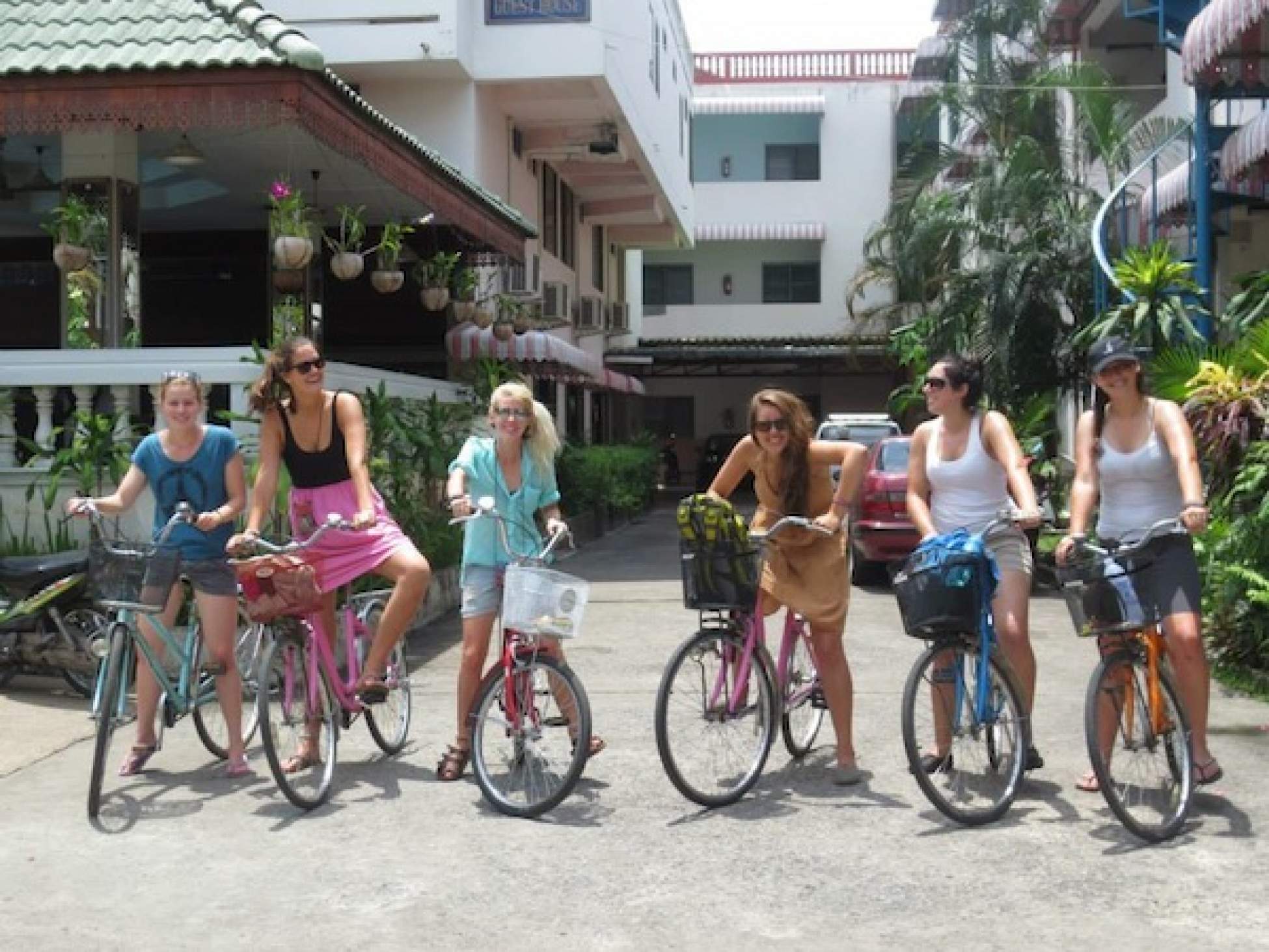 Anna's group during a bike tour in Phnom Penh, Cambodia.
By  Anna Sawchuk

Anna spends time in Cambodia's capital before starting her volunteer project in the jungle.

After spending yet another bus ride listening to some high-pitched Khmer karaoke blasting through the speakers, we finally arrived in Cambodia’s capital, Phnom Penh.

We could not have been happier to immediately find a local hole in the wall right by our hostel, which had definitely some of the tastiest dumplings I’ve ever had the pleasure of trying. They came in orders of 12 and soon all that was covering our table were plates of these steamed delicacies. As hard as they were to resist, once our order totalled almost 200 dumplings, we decided that it was time to call it a night.

As we only had a few days to spend exploring Phnom Penh, we did the best we could to cross everything off our list. A day was dedicated to visiting the S-21 Prison and one of the Killing Fields in the area. At one point, S-21 was a school, but during the war it was made into a torture, interrogation and execution center where there were only seven survivors out of the 14,000 people who entered. I had a lump in my throat the whole hour and a half I spent walking around the prison, which is known today as Tuol Sleng Museum of Genocide.

The Killing Field gave me a similar gut wrenching feeling and it was obvious that everyone else in my group felt the same, as the tuk-tuk ride back to our hostel was silent. However, both sites were definitely worth seeing from an educational standpoint. After putting everything I learned into perspective I was constantly lost in my own thoughts. I found it difficult to wrap my head around the fact that many of the Khmer people I was surrounded by daily had likely experienced this war.

We spent a more uplifting day cycling all around the city and along the Mekong River. It was a pleasure having a young local man lead the tour as he gave us some true insight into the city and all it has to offer.

After consuming unhealthy amounts of irresistible sugar cane juice and exploring as much of Phnom Penh as possible, we were once again ready to take on our next project. We were up bright and early on our last day in the city to catch our ride to Cambodia’s Mondulkiri province. I could not have been more excited to escape the busy city life once again, abandon all forms of social media sources and spend five days in the heart of the jungle working with the Elephant Valley Project.

Originally from Vancouver, Anna Sawchuk now lives in Toronto but is moving once again to experience life in Holland at Tilburg University. She gets slightly claustrophobic staying in the same city for an extended period of time. Cure your travel itches with Anna’s stories about travelling and volunteering in Southeast Asia with Operation Groundswell.