You are here: Home/ Volunteer Abroad/ Blogs/ A Day in the Life of a Volunteer in Thailand

A Day in the Life of a Volunteer in Thailand 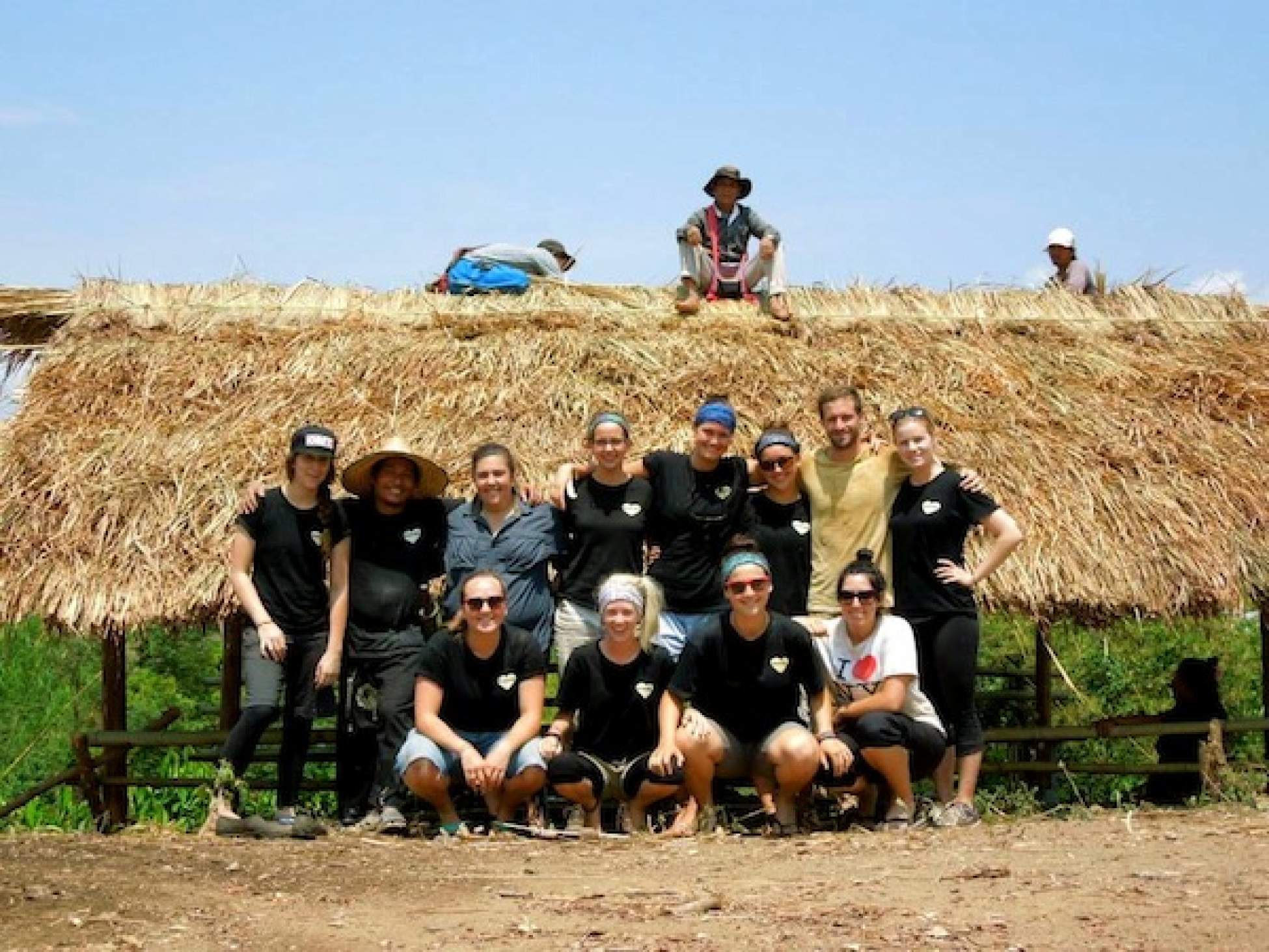 Living without modern-day distractions in the jungles of Thailand.

After a sweaty but unforgettable six-hour trek through the jungles of Chiang Rai we finally made it to J’Ga, a Hill Tribe village consisting of only 20 people—talk about travelling off the beaten path. Our trek leader used his massive machete to carve a decent trail for us out of the overgrown bamboo. If it wasn’t for him I don’t think we would have made it out of that jungle alive. This phase of our Southeast Asia adventure involved volunteering with The Mirror Foundation, a Thai NGO working for the social development of the country. This organization works directly with hill-tribe communities in Thailand’s most northern region.

During our five days in J’Ga we constructed a bamboo building for village meetings. However, hauling enormous pieces of bamboo out of the forest and somehow turning them into a functioning structure wasn’t exactly my greatest skillset.  I guess I should say the Lahu villagers built the meeting room and we offered assistance with all the physical labor involved.

To ease the language barrier we were taught the Lahu word “Abodeja” meaning hello, goodbye and thank you. Amazing how easy it is to get by and communicate with only one word! As the village was also very conservative we were sure that our knees and shoulders were always covered out of respect. (Remind me again why I thought bringing white pants to work in was a good idea?) Needless to say they were not white by the end of the week. We were constantly covered in a nice combination of dirt and sweat. After day two, I forgot what it was like to smell clean and run a comb through my hair. At least now I can add “proficient in using a machete” to my resume.

J’Ga was the polar opposite of the busy life and culture we had previously experienced in Bangkok. This village was quaint and quiet except for the rooster, who constantly made his presence known. Not only had the village recently received running water, but electricity was non-existent. The closest thing we had to technology were our swanky battery operated headlights. There was a cold-water bucket shower we were encouraged to use and luckily a couple squat toilets were installed prior to our arrival. Basically we experienced the ultimate cleanse. It was as though we were in an isolated heaven; surrounded with unparalleled views of the mountains and the Thai jungle.

Our group of 11 shared a bamboo house that was built the previous year. In the morning I would look through the cracks in the floor to see the chickens and piglets running around underneath the hut. Our meals were simple yet delicious cooked by the Lahu women every day (I don’t think food can get more organic than that). Lots of fresh eggs, vegetables and rice all grown in the surrounding area. On our last day we witnessed the slaughtering of a little pig. As hard as this was to watch, I do believe the Lahu people use the most ethical approach to slaughtering. Thousands of animals in other parts of the world spend their lives cooped up in a cage, while the pigs in J’Ga get to run around living a free and happy lifestyle.

Our nights consisted of lying outside, watching flashes of heat lightening brighten the sky, and engaging in endless conversation until our tired bamboo-hauling bodies could not stay awake anymore. I don’t remember the last time I wasn’t surrounded by modern day distractions such as cellphones, Internet or TV. The whole experience was beyond refreshing and our temporary life-style up in the mountains was happily embraced.

Originally from Vancouver, Anna Sawchuk now lives in Toronto but is moving once again to experience life in Holland at Tilburg University. She gets slightly claustrophobic staying in the same city for an extended period of time. Cure your travel itches with Anna’s stories about travelling and volunteering in Southeast Asia with Operation Groundswell.