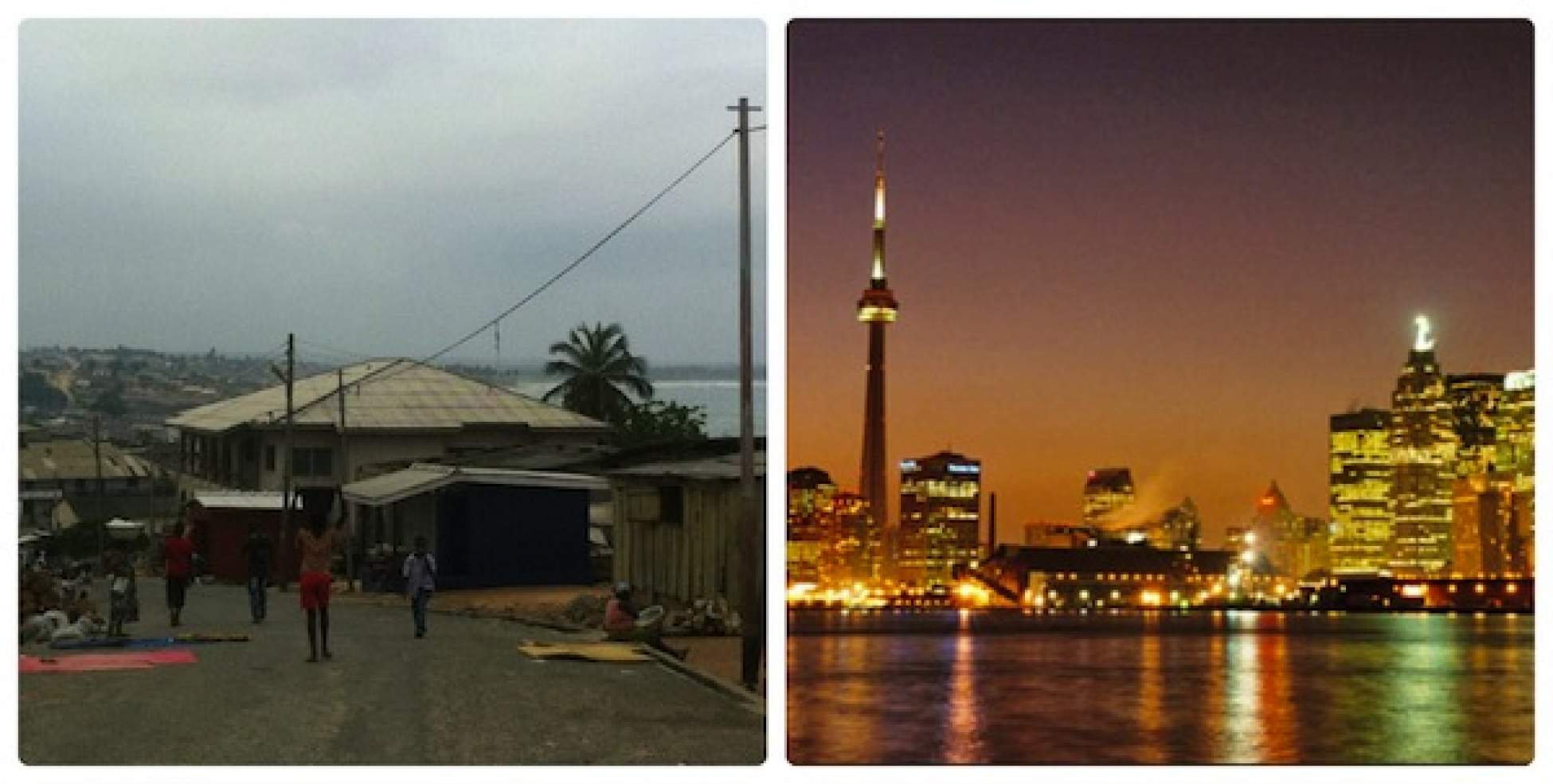 From Ghana to Toronto.
By  Kayla Kozan

Days ago you were in a meeting with government officials discussing the future of youth unemployment in developing nations and now you’re catching up on B-list celebs in C-list tabloids. When your friends are shocked you didn’t know Kim Kardashian was pregnant and that you’re actually rather indifferent as to whether or not North West is a good name, reverse culture shock has hit.

It’s easy to judge the people you left at home. How could they care so much about such trivial things? Doesn’t anyone want to have a conversation that means something? As tempting as it is, this mindset is toxic. You have to remember that a lot has changed with you but it was not so long ago that you were leading the Ryan Gosling vs. Ryan Reynolds debate.

Similarly, your friends and family aren’t all shallow, superficial people but rather bound by a social context that tends to discourage controversial topics in good company. In these situations it is best to hold your tongue and consider how you would have participated in the conversation before your new experiences. There is a time and place for deep and stimulating conversations but it is not your job to push those on your co-worker, best friend or hairdresser at every chance.

Start small. After the honeymoon of coming home wears off, you may find yourself unsure of what to do with your time. While I was abroad there were a million places I swore I’d go when I got home. But now that I was home, the things I used to do all the time seemed so foreign to me. I could go shopping, but I couldn’t think of anything I wanted to buy. I could go for drinks but who would I go with?

Planning my day seemed so different than it used to. In time, this feeling went away. I made myself leave the house, but I didn’t head to the busiest club on a Saturday night. I started with small, practical tasks and slowly worked myself back into the swing of things. If you’re stumped on where to start, go get groceries. I picked up a few groceries every day for the first four days that I was home. From there, go for a walk, go for ice cream, go to the gym you used to go to. Stay busy and you will slip right back into the city you call home.

3. Go On a Social Media Detox

You’re playing with fire the second you log on to your Facebook after coming home. When you were globetrotting Facebook was a super useful tool for wishing happy birthdays, posting pictures and messaging your mom that, yes, you are still alive.

For myself however, the second I got back Facebook seemed like an endless photo album of good times my friends had while I was away. I found myself throwing days away catching up on Instagram, Facebook, Twitter and Vine. I ignored the rational part of my brain saying, “Of course you weren’t invited to that party, you were in Bangkok,” and felt like I missed out on so much.

It’s a slippery slope from there. What started as "who is so and so dating now?" quickly turned into "did that random girl I went to high school with dye her hair?" After a week I pulled the plug on all the online banter and made the effort to go out into the real world. Turns out, it only takes a coffee and a good friend to make you feel like you didn’t miss a minute.

A Prairie girl from Western Canada, Kayla completed her HBA at the Richard Ivey School of Business. Fresh out of an exchange semester in New Zealand, Kayla is working alongside Youth Challenge International in Ghana with a focus on young entrepreneurs.