You are here: Home/ Articles/ Volunteer Abroad/ Articles/ 7 Human Trafficking Myths That Need to Be Busted

7 Human Trafficking Myths That Need to Be Busted 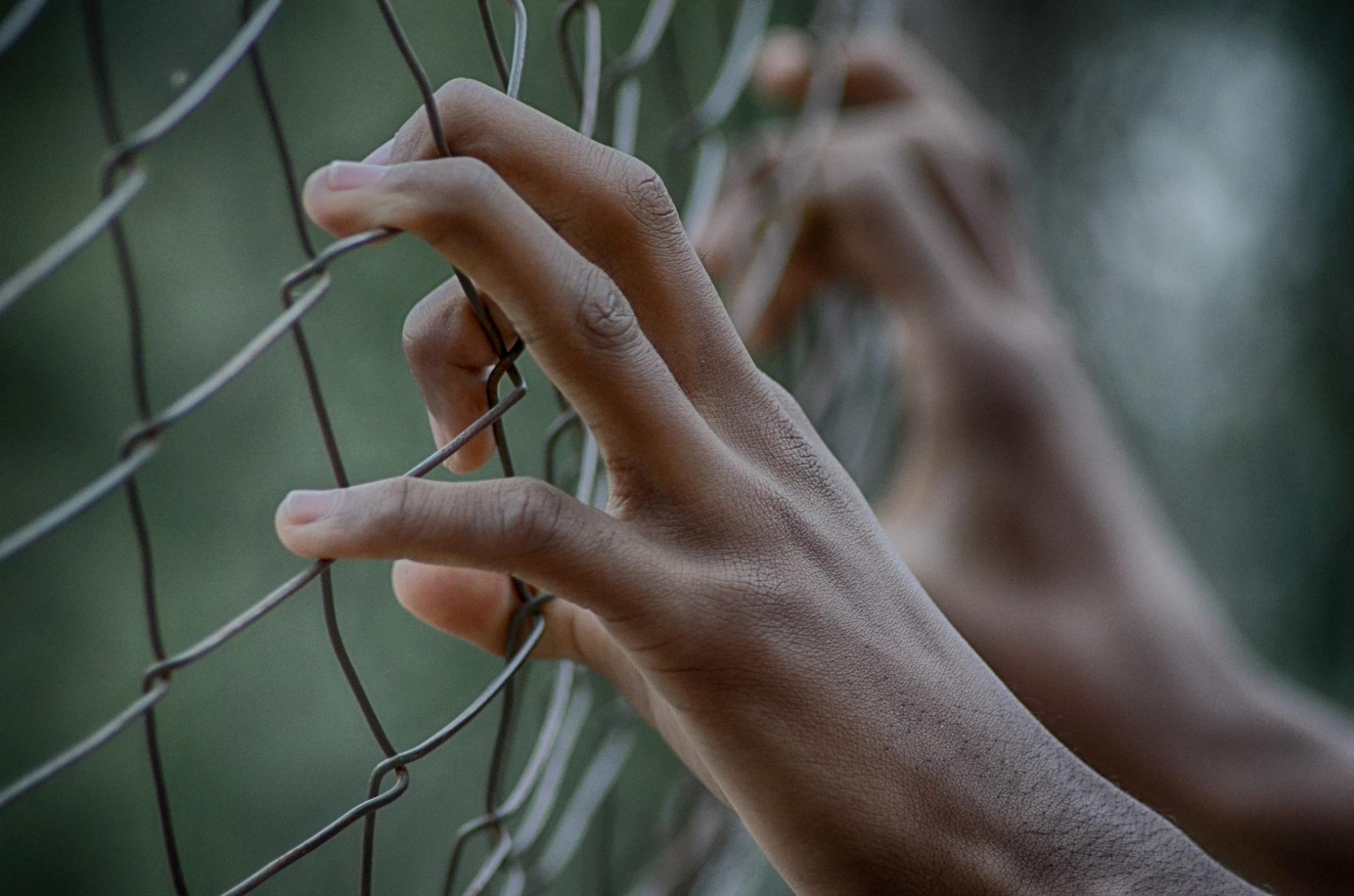 Too often, sound bites, generalizations and misconceptions mask the true complexity of this global problem.

Forty million victims of modern slavery: That figure made headlines around the world with the release of the Global Estimates of Slavery: Forced Labour and Forced Marriage in September 2017. Shocking stats serve as a rallying cry, but they can also perpetuate generalizations about issues far too complex to be summed up in a soundbite.

In 2013, I packed my bags for Bangkok, propelled by the opportunity to work on a regional human trafficking prevention campaign but with hazy notions about the issue. Women and children, right? Kidnapped and locked up in dark rooms for forced sex work?

After four years of counter-trafficking work in Southeast Asia, I’ve realized that the issue is a lot more complicated than I first thought. Here are seven common myths about human trafficking that need to be debunked:

Myth #1: Human trafficking only happens to women and children.

It’s true that women and girls make up the majority of human trafficking victims, but men and boys are trafficked too.

The International Organization for Migration assists one out of every 7 identified human trafficking victims and in 2016, 57 per cent of the survivors they assisted were male.

The fact is, most victims go willingly because they have been deceived.

In regions like Southeast Asia, many people cross borders to earn more money than they could in their own countries. Brokers look for potential workers and arrange the border crossing and the employment at the other end, but they can easily take advantage of the people who are relying on them.

The fact is, most victims go willingly because they have been deceived.

“One of the common things we see is that victims are trafficked through false promises. At first, they were willing to work in the job that the broker told them about, but when they arrived at the destination it was not as they expected,” explains Tanniti Wangsapan, the communications and coordination officer at the NGO Alliance Anti-Trafic (AAT).

When they arrive, they are told that circumstances have changed and they’re now expected to work for little to no pay, with excessive hours and restricted movement. It is nothing like what they initially agreed to.

It’s clearly still a problem and one that’s often misunderstood. For example, according to Shane Barter, associate director of the Pacific Basin Research Centre (who unpacked some of the stereotypes about sex work in Southeast Asia in this article), most of the people paying for sex in this region are not white men from Western countries, but instead men from Japan, China, Korea and other Southeast Asia countries.

Myth #4: Victims are often physically trapped in situations of exploitation.

Because we see so many images of chains and iron bars associated with human trafficking, it’s easy to think that that’s what it always looks like.

“It’s easier to have a visual impression—the concept of trafficking victims being in chains, locked-up, kept away,” says Dr. Mark Capaldi, head of research and policy at ECPAT, a network of civil society organizations working to end child sexual exploitation worldwide. “But very often traffickers use psychological pressure instead of physical restraints to control victims, often by creating economic or emotional dependency.”

This can mean that victims are trapped in their situation because they are in debt to the trafficker for transportation, housing or food. Or, they or their families have been threatened with physical harm by the traffickers or told that if they try to leave they will be arrested.

Being rescued or escaping is not the end of the story for a victim of human trafficking.

“A lot of times when survivors go back to their communities they are ostracized and they feel ashamed of what happened to them. They can suffer long-term psychological or physical effects, which will affect their ability to have a happy, productive life going forward,” says Kaori Kawarabayashi, regional project manager of the United Nations Action for Cooperation Against Trafficking in Persons.

The trauma of the trafficking experience has to be taken into consideration along with the importance of livelihood opportunities. Trafficking survivors still need to earn a living, just as they did when they first decided to leave home to seek new opportunities—but counselling and medical care are just as important as vocational training.

Myth #6: Human trafficking is the same as human smuggling.

These terms get mixed up all the time, including in the media. Basically, if you pay someone to get you into another country irregularly and once on the other side you’re left to your own devices, then you have been smuggled.

Human trafficking can involve crossing an international border, although it doesn’t have to, but the purpose is exploitation, at the destination and even during the journey.

There are a lot of cultural stereotypes in the mix when it comes to how we think about human trafficking. Often it’s assumed to be a problem in developing countries. In reality, human trafficking is happening all around the world, driven by consumer demand.

The Polaris Project in the United States, for instance, has received over 30,000 trafficking cases through their hotline in the past eight years. And, according to Statistics Canada, between 2009 and 2014 there were 396 victims of police-reported human trafficking, with 25 per cent of victims under the age of 18. Keep in mind those are just the reported numbers. The actual numbers are likely much higher.

So what does all this mean for travellers?

According to Tara Dermott, program leader at IOM X (a regional human trafficking prevention campaign) travellers have a key role to play when it comes to fuelling or fighting human trafficking.

“Travellers can help prevent human trafficking as global consumers in terms of the choices they make about how to spend their money on goods and services, including food, accommodation and tours,” she explains. “They can also act as informed witnesses who can be alert to potential cases of trafficking and exploitation that may have been overlooked or condoned as a result of various cultural, social or political norms and pressures.”

The travel industry is recognizing that they have a role to play in preventing, detecting and reporting potential cases of human trafficking and signing on to anti-trafficking practices like The Code, which lists all its members online.

Companies are often keen to publicize their proactive efforts to end exploitation through press releases and signage at their locations. Let them know that you value their commitment and call on other companies to do the same. Practicing responsible consumerism applies at home too, as Katie Bergman points out in her Verge article.

Don’t give money to children begging or selling things on the street.

This can perpetuate child trafficking for forced begging. Instead, donate to organizations that provide services for children in disadvantaged areas.

Speak up if you see something suspicious.

Don’t put yourself or a potential victim at risk by trying to stage your own intervention—but do take note of the what, where and when and phone the police or a human trafficking hotline. In fact, memorizing a hotline number is a good habit to get into in case you see something or need help yourself and don't have access to your mobile phone.

Not sure what to look out for? Potential red flags can include someone who has restricted movement, works excessively long and/or unusual hours, has no control of identification documents, and who appears fearful or tense. Polaris has a list of human trafficking indicators that you can check out.

This article was originally published in Verge's digital edition in March 2018. 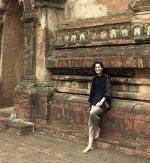 Originally from New Brunswick, Lindsey Higgs has travelled to over 60 countries and worked in East Africa, Europe, the South Pacific, and, most recently, in Southeast Asia where she was part of several regional human trafficking prevention campaigns with a focus on social and behaviour change communication.