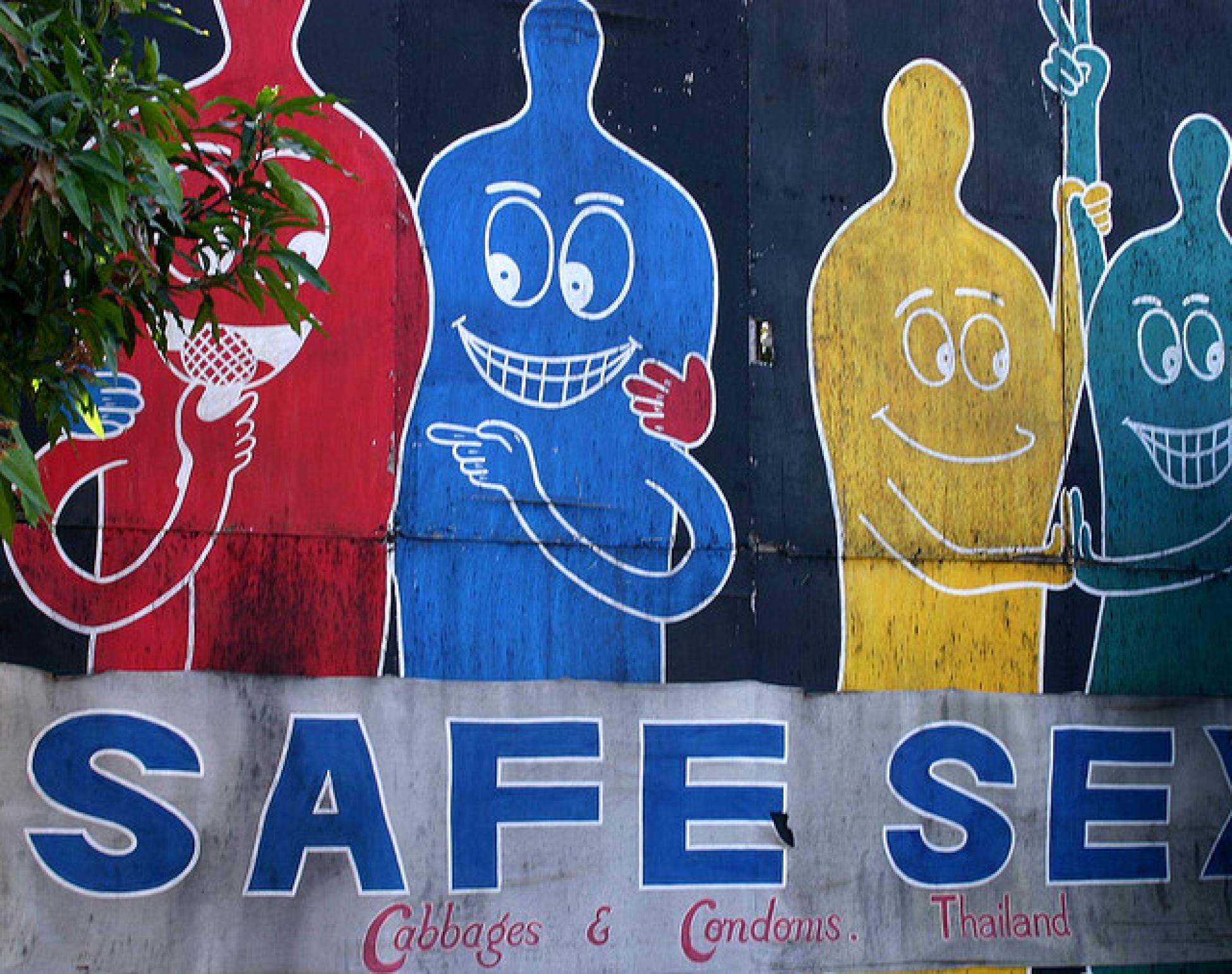 Travel is an eye-opener. When we drop ourselves into unfamiliar social, cultural and political settings, we expose ourselves to a whole new realm of attitudes, activities and values. Some of these can be positive and others will rattle our own beliefs and force us to squint through our culturally-coloured lenses to try to get a clearer view of what we’re seeing.

Dr. Shane Barter, Assistant Professor of Comparative Politics at Soka University of America and Associate Director of the Pacific Basin Research Center, has lived and worked extensively in Southeast Asia, (see Random Acts of Curiosity and Rebuilding Aceh). In January 2014, as part of a month-long class on Sex Tourism in Southeast Asia, Dr. Barter and his students wrote the following editorial. In it, they attempt to address what is one of travel and tourism’s most thorny issues: Southeast Asia’s notoriety as a sex tourism destination.

Few could deny the serious human consequences of sex tourism. Dr. Barter and his class argue that in order to truly protect the vulnerable and address root causes, what is required is a sober examination of the complexity of the problem, uncoloured by cultural stereotypes.

Southeast Asia, specifically Thailand, has become notorious for sex tourism. Walking down the streets of Pattaya, a well-known beach resort town, or through the  Soi Cowboy or Patpong districts of Bangkok, visitors are assaulted by offers of cheap drinks and women. Given the moral issues raised by sex tourism, it’s tough to understand this industry. In January 2014, our undergraduate class attempted to do just this, working to unravel some myths associated with sex tourism in Southeast Asia.

There are good reasons why we need a sober look at sex tourism. After all, there are serious human stakes. Critics typically point to slavery, children, drug addiction and other forms of sexual abuse. They point to HIV/AIDS, corrupt police agencies, neocolonialism and the objectification of women. But it is for these very reasons that clarity is so needed—if we understand sex tourism only in terms of underage, abused sex slaves, then we have little reason to listen to the voices of sex workers or understand foreign clients.

In fact, there are many misconceptions about sex tourism. Instead of an older Western man with an impoverished, underage street worker, clients and workers are far more complex figures. This is not to apologize for sex tourism, but instead is an effort to seek clarity in order to identify some ways forward.

The men who travel to Southeast Asia for cheap sex are typically stereotyped as lonely, older white males. This stereotype has much to offer; Thailand’s sex tourism industry is rooted in American Rest and Relaxation Agreements during the Vietnam War, and Western customers developed a military industry into a tourist one. But stereotypes aside, younger customers are as common as older ones. And while it may offend the eye, many sex workers prefer older clients, who offer more money and less physicality. Western clients are diverse, with some interested in quick sex, while others seek to develop a relationship or even “save” sex workers.

The vast majority of Southeast Asia’s sex tourists are actually Asian. (Westerners are simply more visible due to racial differences and the open nature of Western venues.) More common are Japanese, Chinese and Korean clients, as well as men from other Southeast Asian countries. Japanese venues tend to be particularly discrete and are often closed to the public. Another type is Muslim men from the Middle East—whether they attend Western venues or seek a “temporary marriage” to provide what they feel to be religious certification for their sexual activities. Sex tourists are hardly just Westerners. They come from all countries where men possess expendable income and sex drives.

What about the sellers? We might think that sex tourism is about street-level, direct prostitution, but many forms are more indirect and involve some level of companionship. Women may accompany men as guides for several weeks, paid directly in cash or indirectly with gifts. A woman may also request money for her family, denying the label “prostitute” and see herself more as a girlfriend. The worker and client may stay in touch, arrange annual visits or perhaps get married, blurring the edges of sex tourism.

While sex workers are poor, not all are destitute. Sex tourists typically pay better than domestic buyers; the poorest, most vulnerable sex workers serve local men. Finally, while many sellers are young women, others are homosexual men or transgendered (known regionally as “ladyboys”). Ladyboys tend to see themselves as women and their clients often identify as straight—gender norms consistent with regional understandings.

Other misconceptions relate to the darkest sides of sex tourism. Child sex tourism has been the focus on several well-meaning campaigns, leading to important changes. While it remains a problem, sex with children is actually a very small part of sex tourism. Studies routinely define children as anyone under the age of 18 and then provide illustrations with pre-pubescent children. Studies have shown that sexual abuse of children by foreigners tends to be by persons living in Southeast Asian countries, which makes the offenders expatriates, not tourists. After all, tourists lack the local knowledge necessary to access hidden markets. The lone child sex tourism hotspot seems to be in northern Myanmar, where tourists are able to seek sex with minors with impunity.

Meanwhile sex trafficking is a deeply important issue throughout Southeast Asia, as women—especially from hill tribes—are trafficked to brothels. However this problem is connected to domestic sex industries, not to sex tourism. Sex trafficking is carried out to provide cheaper rates to poor rural men, denying human rights to provide a price markdown that is not appreciated by tourists. Again, tourists have few opportunities to locate trafficked women, as they are not trusted by criminals working to maintain secrecy.

Sex tourism, while not always so dramatic, remains illegal, dangerous, and for many, morally repugnant. So what’s to be done? Legalization would help reduce police corruption and improve the lives of sex workers, whose higher wages would become taxable, legitimate income. However legalization would expand the industry, drawing in more buyers and sellers. Legalization improves the lives of a small number of persons, while encouraging the commodification of women more broadly. This is why, whether it is legal or not, education and outreach are key components of an effort to reduce sex tourism while helping sex workers.

For the worst areas of sex tourism, extraterritoriality (prosecuting at home for acts committed abroad) and Internet stings are welcomed steps forward. There is no magic cure for the ills of sex tourism, as we will never agree on what these ills are. For now, clearer understandings of sex tourism—free from naked morality—are sorely needed.