You are here: Home/ Articles/ Volunteer Abroad/ Articles/ The Mourning After 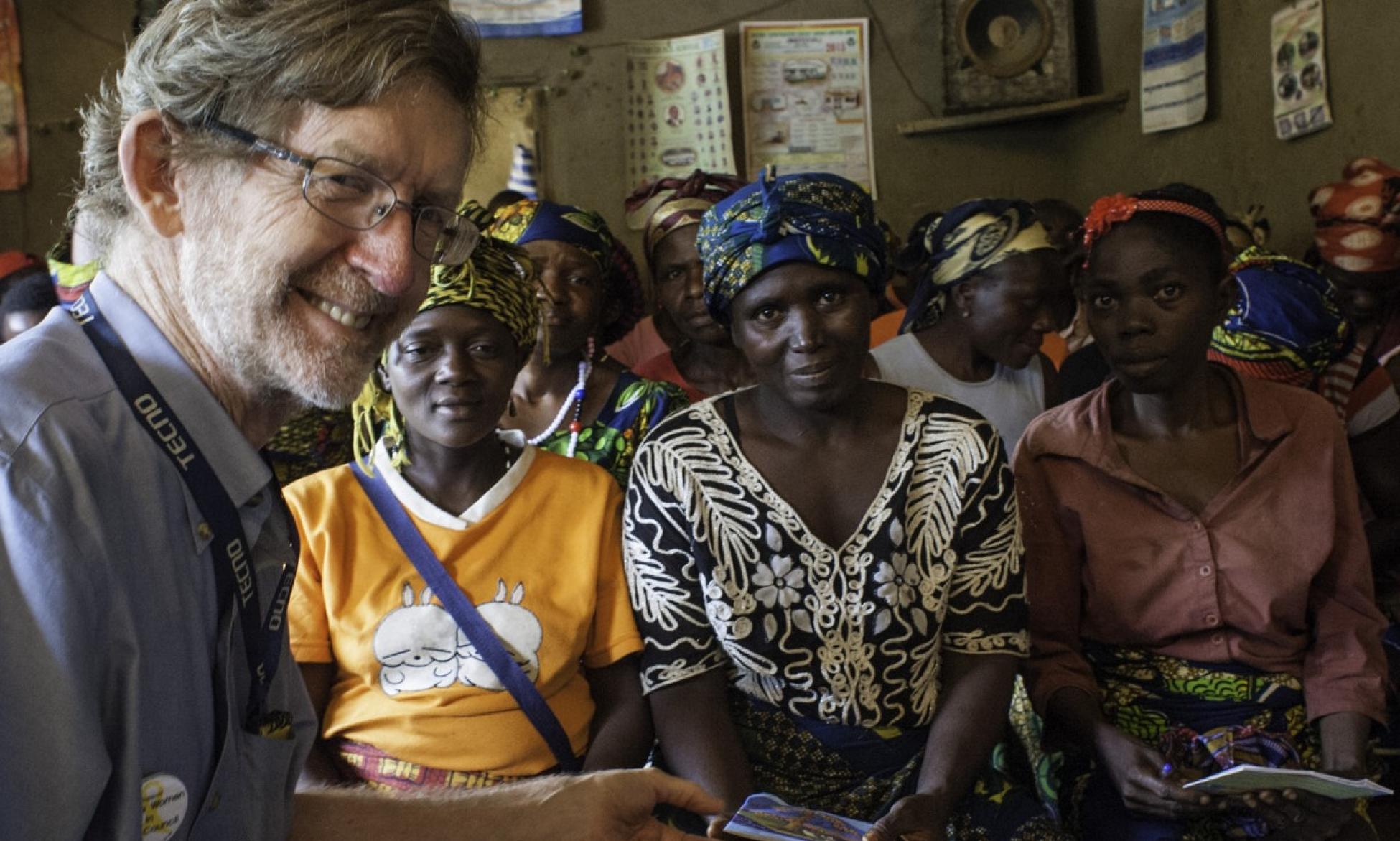 Volunteers in Cameroon promote widow rights instead of widow rites.

In some villages in Cameroon, there is no such thing as a natural death. Traditional beliefs dictate that bad spirits—or bad people—must be behind the passing. Particularly, it seems, if the deceased is a man.

So when Esther Buh Nah’s husband met his demise, she fell under immediate suspicion. Only time-worn rituals, many believe, could determine whether she was responsible. Her clothes were taken away, her head shaved. She could not eat with anyone else for six months and could only use one bowl. She couldn’t bathe.

“And I was made to drink the water my husband’s body was cleaned with,” says the widow, clutching her government-mandated identification like a talisman, proof that she continues to survive. If she fell ill from the death ceremony water or general lack of hygiene, it meant she was guilty. Fortunately for Buh Nah, she made it through the ritual period.

Unfortunately for her, and for countless other widows, the ordeal did not end when she returned to some semblance of normal life in her village near Bambessi, Northwest Cameroon. That’s because her husband’s land—her land, the soil she toiled to grow food for subsistence and, if it was a good year, for cash sales—was seized by her brother-in-law.

“It’s often greed disguised as ritual,” says Christiane Bossé, a volunteer from Ottawa working as a women`s rights advisor for community groups in Northwest Cameroon. “Women are second-class citizens in the eyes of many, so why not take their land?”

Unsurprisingly, rites are far less harsh and humiliating for widowers, who are often encouraged to remarry as soon as possible.

In Cameroon, as in most countries—even those struggling with pockets of extreme poverty—there is a richness in culture, community and ritual. It’s what makes a place unique and offers strength to its people. But there are some traditions that are simply inhumane.

From widow rites to widow rights.

Bossé is volunteering through Cuso International with the group Musab Cameroon, and she and her local colleague Patu Baku are changing widow “rites” and asserting widow “rights.” They are working on a project in five Fondoms—areas that can encompass many villages headed by a traditional king or “Fon”—to identify harmful rituals and redress the worst of the practices.

“Woman can be seen as property and lose access to their house, their land, even their children…unless they marry the brother-in-law,” says Bosse, who holds a master’s in international human rights law and previously volunteered in Tanzania with the UN Criminal Tribunal that dealt with the genocide in Rwanda. “But there are some laws on the books in Cameroon that offer protection to widows. If the women know their rights, they can help themselves.”

This begins with educational workshops that also serve as grassroots needs assessments. Bossé and Baku are holding one such workshop in Bambessi, inside a large community centre near a school. The session starts in chaos. Fifty people were invited, but many more show up, all claiming to be from the village the workshop was to focus on. And not just women, but men, children, peddlers selling boiled groundnuts. They had heard that money for lunch would be provided. It’s the beginning of the planting season—and by extension, the end of food stores from last season. Throughout, Bossé stays efficiently calm, but with a watchful eye to Baku, who quietly but forcefully reins in the crowd. The rest of the day goes as planned.

After a workshop identifies the worst of the problems, Bossé, Baku and the participating groups get to work implementing solutions. “One thing we’re doing is encouraging the writing of wills, and also legal marriage certificates,” says Bossé. Since many women can’t read, the organization also supports literacy training.

In addition to training advocates to lobby at the village level on behalf of widows, they are also encouraging Fons to make pronouncements against widow rites. “Two Fons have already signed agreements, banning things like shaving of heads, of women having to sleep on the floor, of women being removed from their land,” says Baku, “so we’ve been encouraged by that.”

For the Bossé, this placement in Cameroon—a culturally and geographically diverse country that sits at the crossroads of West and Central Africa—has been a natural progression of her work. “I’m learning so much here from so many people—there is a strong willingness to change,” says the Canadian volunteer.

But asserting their rights is just one side of a difficult reality for widows. They still have to feed their children, they still have to make a living. It was hard enough before their husbands died.

In several villages in Northwest Cameroon—a region of the country fringed by the barren but scenic Mandara Mountains—a local community group, Santos Development Organization, is helping women, including widows, start or grow their own small businesses.

On the streets of the Babungo market, women in colourful dresses are framed by the sanguine-brown mud brick walls of stalls capped by corrugated tin roofs. One of these market women is Agnes Magoh, a widow who faced humiliation and hardship following the death of her husband.

“You should have seen her face when I first met her,” says Renie Gnos, a Cameroonian volunteer, “it was gloomy.”

Gnos is part of a team of local and international volunteers who offer training and small business support to women, including widows. After determining if their business idea is worth investing in, the volunteers sit down with the women one-on-one to help them develop a business plan. Once a plan is established, the women are given a half-loan, half-grant cash infusion, with six months to pay back what they owe. As loans get paid, the next woman on the list gets support.

Sifting corn in the murky light of her small shop, Agnes smiles when asked how business is going. “My business is doing very well,” she says. She buys raw corn and beans, dries and prepares the staples, and sells her product to a growing list of customers. Gnos tells me that she paid back her loan within four months.

George Harding is a former teacher and manager of the John Howard society in Prince George, B.C. who previously volunteered in Botswana. “These women, most of them have no options,” he says. “Life is very, very hard.” Also a volunteer with Cuso International, Harding admits they can only help a modest number of women. “It’s a drop in a very large bucket. But enough drops make up a cup at least.”

Yet so far the program is working well, Harding says. “We thought we’d be happy with a 75 per cent success rate after the first six months, but it’s much higher.”

And no one is happier than Agnes. Life has been hard, but she beams as she makes a sale.

“Look at her face. She is bright and shining,” says Gnos, pointing at Agnes.

“Because we have learned very much, very much,” Agnes calls out, while scooping up another bowl of corn, in a shop she can call her own. 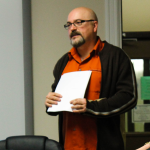 Sean Kelly is a writer and communications consultant based in Nova Scotia. He won a National Magazine Award in Canada, and a U.S.-based Gabriel Award for radio documentary work. He worked for over 20 years with international development organizations, and is the former Head of Communications for Cuso International.