You are here: Home/ Travel Intelligence/ Why We Travel/ Postcards from Pakistan 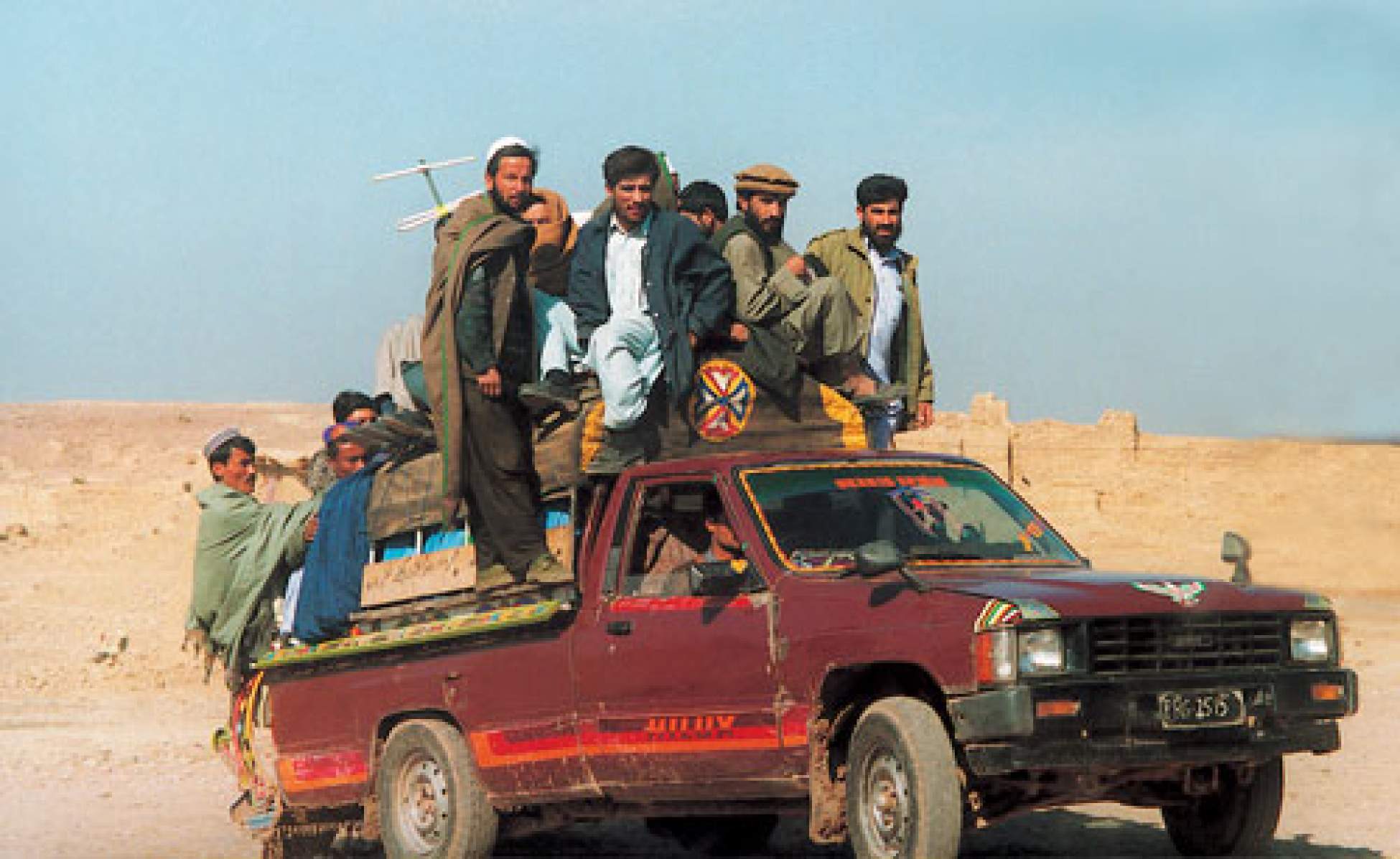 How a young Canadian organized and funded his own journey to Pakistan where he volunteered in a refugee camp on the Afghan border.

My venture started after the infamous date of September 11th, when I had the urge to return to Pakistan and do what I could to help the situation. Volunteering for aid work is not as easy as it might sound—my efforts to contact American, Canadian and UK aid agencies were in vain. I learned that unless I was a doctor without borders, a nurse, or a logistician with 10 years of experience, they would not accept help beyond financial contributions.

But, with thousands of refugees crossing from Afghanistan into Pakistan every day, I figured that there must be some need there for regular people with diverse skills to "just do stuff"—so I kept searching. Eventually, I found a Pakistan-based organization, The Network for Community Empowerment, which would welcome a regular guy with an urge to do some good.

Ready, willing, accepted, expected—but lacking a few rupees, I was preparing to sell any and all of my meager effects when I had a flashback to my innocent days as a carefree youth, canvassing friends and family for sponsorships for a multitude of "a-thons". Instead of a read, swim or bike-a-thon, I organized a Pak-a-thon. The response was so overwhelming that I covered my costs (with help from my own savings) and was left with a $1000 surplus.

Am currently in Lahore, Pakistan. Journey to Peshawar has been delayed by a few days due to the post-Ramazan Eid Mubarak Holidays. I have had no problems and quite frankly people on North American soil are more interested about the war than the people of India and Pakistan. They are living their lives as they did before Sept 11th and travelers are safely traveling to the border towns of Quetta and Peshawar.

Will keep you posted once I get to Peshawar and begin my work.

I was assigned to the hospital in the Shamshatoo Camp for Afghan Refugees, just outside Peshawar, Pakistan. My mission was to draft a needs assessment in order to seek more international funding and restore the hospital to a viable health care facility. I began my assessment by gathering a "wish list" from the doctors and specialists who remained at the hospital. I then spent the next two weeks making trips to the camp to observe and document conditions at the hospital.

Second meeting in the camp. Dr. Shah Mohammed, the "incharge" of the hospital, remains vexed by my presence. Apparently, no one had told him why I was there or what I was supposed to be doing. Luckily I travel with a trusty companion, Fayaaz (proud proprietor of Juice Point—"The best Banana shake—2 for 1. But for you FREE"), and his cousin and my interpreter Shoukat (owner of Royal Books and wanna-be-badly Canuck). They helped me explain why I was here and what I needed to do. Dr. Shah granted me two days to observe and ask questions. Asked to have an additional 2 or more days on my own to go room to room. No answer, just tea.

Built in 1984, the hospital had performed a gold medal leap into a state of dilapidation since its Saudi Red Crescent funding ceased with the withdrawal of the Soviet forces from Afghanistan in 1989. There were no patients, as no support staff existed to care for them. A few doctors and specialists remained but most had been forced to leave when money ran out.

Tools, instruments, equipment and beds were old or broken. There was no heat and no hot water. A host of electrical and plumbing problems plagued the hospital and there was little medicine.

No Money, No Intelligence

Completing the assessment has proven to be an obstacle course replete with opportunistic local doctors, and suggestions that I could be an intelligence agent. Made it perfectly clear that my pockets were not bursting with Canadian Aid funds and that I have little intelligence whatsoever. Finally able to do some work.

The only residents of the hospital were a band of handicapped Afghan war veterans who cared and cooked for themselves, and who relied solely on dwindling donations. Yet, this forlorn hospital was the primary health care service provider for an Afghan refugee population estimated at between fifty and two hundred thousand people.

At the Shamshatoo camp, it was clear that the most urgent non-medical need was food for the handicapped war veteran refugees. However, the Pakistani communities surrounding the camp had also suffered from the refugee influx, and the budget for the area was stretched to cover tens of thousands more people than intended.

No work to do on Saturday so I took the opportunity to visit the Khyber Pass—the road leading to Afghanistan. It is a passage rich in history as many conquerors have used this dusty route over the last 3000 years—from the Aryans, to Alexander the Great, to Babur, to the English.

As the pass is in the Tribal areas and thus out of the jurisdiction of the Pakistani government, we had to have permission from the tribal office, a guide and a gunman. They turned down my offer to be the gunman.

With the funds I had raised in Canada, I decided to purchase a truckload of food and distribute it between the veterans at the hospital and—as a thank-you to Fayaaz and Shoukat for their unceasing support—to the needy families in their village.

With the balance of the fund—about 35,000 rupees—thickly stowed in my money belt, Fayaaz and I hit the wholesale markets of Peshawar's Old City. We went from shop to shop, compared prices and eventually bought nearly 1200 Kg of food to distribute. We hired a weary Suzuki pickup, which sagged under its load. The next stop was Fayaaz's village of Ghari Sikander Kahn.

Fayaaz asked me what I thought would be the best way to distribute the food. I suggested making a list of the needy families, and quietly handing it out so as to not create panic. Unfortunately, our plan was leaked.

Fayaaz made the mistake of telling his mother of our intentions. She evidently told the entire village who began arriving en masse before we had a chance to separate the food. Pandemonium erupted—people shouting and banging on the metal door to Fayaaz's house. While handing off bags of food to those who truly needed it, Fayaaz used the stick to beat back the non-needy within reach and screamed Pashtun obscenities to the non-needy out of reach. Following the mayhem of the food distribution, a few of Fayaaz's uncles dropped by just to remind us that perhaps we didn't distribute the food in the proper way. "You should make a list" they suggested.

It was my last day in Pakistan. Although I was ready to return home, it was difficult to leave Pakistan and the genuine friendship that I enjoyed with Fayaaz and Shoukat.

The reality of organizing one's own volunteer work abroad is that anything can happen. I had traveled to Pakistan earlier that year, and gained some understanding of the area, the people, and the reality of life in the region. Though it may not be for everyone, I was fortunate that I experienced a personal adventure that taught me that the more turbulent the seas become, so swells the value of having faith in others.

I returned from my journey content that I was able to offer a slice of comfort in the chaos, and satisfied that I represented the benevolent intentions of my friends and family.