You are here: Home/ Travel Intelligence/ Why We Travel/ New Life for the Dead Sea?

New Life for the Dead Sea? 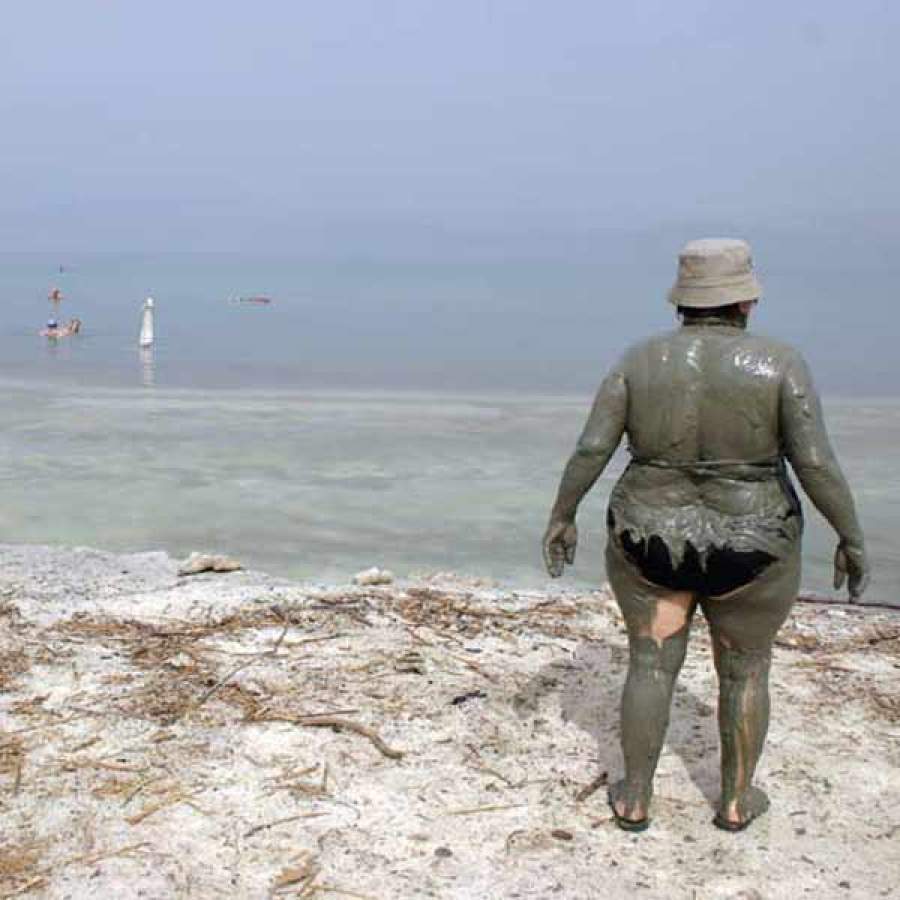 A pipeline to bring water to Israelis, Jordanians, and Palestinians might encourage more than just a scientific partnership.

When it comes to politics, the Israeli government and the Palestinian authority don’t agree on much.  But they do see eye to eye on one fundamental point:  water in the desert region is scarce.  And it just may be an issue on which they find that they can work together.

Chronic water scarcity and the steady disappearance of the Dead Sea have prompted the two parties, along with the Jordanian government, to look at the possibility of building a 'Red Sea-Dead Sea Conduit'.  The project is a 200-kilometre pipeline that would carry much needed water from the Red Sea down to the Dead Sea.  From there, it would be desalinated and pumped back up to the three territories.  An upcoming feasibility study—which would be financed and managed by the World Bank—could mark a rare occasion when the three parties work together, cooperatively and as equal partners on a project of this scale.

Water scarcity in the Middle East is a long-standing concern, perhaps most crucially for Jordan—probably the most water-poor country in the region.  In Jordan’s capital city of Amman, for example, residents only have water pumped into their homes every second day.  And while bringing in enough water to meet basic needs is the main purpose of the proposed project, it is also hoped that the pipeline will slow the rapid disappearance of the Dead Sea.

The lowest point on earth and the world’s saltiest body of water, the Dead Sea is actually a lake.  The sea’s concentration of salts and minerals is said to have aesthetic and medicinal properties and it is one of the region’s major tourist attractions, visited by hundreds of thousands of people each year.

But the Dead Sea is disappearing at a rate of about a metre per year.  According to recent figures from Israel’s Ministry of Foreign Affairs, the water level has dropped 15 metres in less than 50 years, from 395 to 410 metres below sea level.

The bulk of the water loss is due to the fact that more than 95 percent of the Jordan River’s volume, which would normally flow into the Dead Sea, has been diverted for drinking water and agriculture.  Simply put, there’s not enough water coming in to offset the Dead Sea’s rapid evaporation.  Israeli and Jordanian mineral industries are exacerbating the situation by pumping and evaporating about 180 million gallons of the water daily in order to extract the minerals.

On the ground, tourists and local businesses are seeing the impact.  On the Israeli side, the Ein Gedi Spa, where tourists and locals alike bathe in mud baths, was originally constructed on shores of the Dead Sea.  Now, because of declining water levels, the building lies about one and a half kilometres away and bathers need to walk or take a trolley to reach the shore.

"If we don't manage our water resources, then in a desert region, we have no hope for sustainability."

The declining sea level is more than just an inconvenience.  As the water recedes, large cavities in the earth—sinkholes—have formed, some up to ten metres deep.  They pose a risk not just to people (who have fallen into them) but also to roads and buildings in the area.  The proposed pipeline would aim to stabilize the level of the Dead Sea, and while it wouldn’t address the sinkholes that have already developed, it may prevent new sinkholes from appearing.

Despite its potential benefits, some people are not convinced that the pipeline is the answer.  Friends of the Earth-Middle East (FoEME), an environmental organization that brings together Israeli, Palestinian and Jordanian environmentalists, argues that the three countries need to take a serious look at their water management strategies instead.

“If we don’t manage our water resources, then in a desert region, we have no hope for sustainability,” says Gidon Bromberg, director of the Israeli office of FoEME.  According to Bromberg, the declining level of the Dead Sea is mainly the result of Israel, Syria and Jordan diverting massive amounts of water that used to flow into the Dead Sea.

A large percentage of the water use in the region—more than 50 percent in Israel and more than 60 percent in Jordan—is for agriculture, and water prices are heavily subsidized by the governments.  Bromberg says that that fruit like bananas, which can be found growing around the Sea of Galilee, are not a proper crop choice for a desert region—especially since many of the crops are intended for export.  “If water were priced as a scarce resource,” argues Bromberg, “then bananas would not be grown.”

But getting local farmers to change their ways may be difficult.  Mahmoun Alawneh, the mayor of Tabket Fahel Municipality in Jordan, where they produce fruit like bananas and lemons, says it would be a challenge for his people to simply stop or reduce their crop production.  “Agriculture is important for the people of Israel and the people of Jordan[…],” says Alawneh. “They depend on it for money.”

While many people would like to see the Jordan River flow again, some argue that this is not a realistic solution to the region’s issues of water scarcity.  Dr. Clive Lipchin, Director of Research for The Arava Institute for Environmental Studies, agrees that the countries need to look at their water management policies, but thinks it’s unlikely in the short term that Israel and Jordan could find alternative sources to replace the massive amounts of water diverted from the Jordan River and the Sea of Galilee.

The Red Sea-Dead Sea Conduit is years away from becoming a reality— if it becomes a reality at all.  But the debate at hand now is whether or not to go ahead with the feasibility studies.  Lipchin acknowledges that the potential risks of the pipeline need to be addressed, among them, the danger of earthquakes damaging the pipeline since part of its route would be in the Rift Valley.  Some researchers suggest that since the Red Sea’s water is less dense, the two waters may not mix properly, leading to long-term stratification and a change in the unique composition of the Dead Sea’s water.  Others worry that algal blooms could change the colour of the water to a reddish brown.

But Lipchin thinks the feasibility studies should go forward for another reason which is perhaps just as vital as solving the region’s water problems—to build trust and cooperation between the Israelis, the Palestinians and the Jordanians.  “The fact that it’s a study that will be done cooperatively could have huge benefits for the region,” says Lipchin.  “You are building real professional ties amongst the three parties and that in itself, I think, is of value.”

And it would seem that the parties are aware of the potential political benefits as well.  Lipchin points to the fact that Israel already has the largest desalination plant in the world on the Mediterranean Coast.  He argues that the main reason that Israel supports this project is not so much for the water but for the fact that it’s a real opportunity to show cooperation with Jordan—which is in desperate need of a means of producing more drinking water.

The studies could further the Palestinians’ cause as well.  Right now, the Palestinians can make decisions about water usage in the areas they manage, but their access to water is dependant on Israel.  They—like the Jordanians—are having trouble meeting their water needs on a day-to-day basis.  The Palestinians were not included in initial discussions about the pipeline, but according to Lipchin, the fact that they have since been included as equals has positive ramifications.  “The fact that they are considered full partners, for them is a crucial point because that demonstrates that there is international recognition that the Palestinians have riparian rights—and, of course, this is something they can use in negotiation with Israel for a future Palestinian state,” says Lipchin.

“The fact that this is something where Israelis and Palestinians and Jordanians are working openly and transparently is absolutely rare—that hardly ever happens,” explains Lipchin.  “You can build trust and integrity on a professional basis and that might lead to some political settlement down the line.  Who knows?”

Both the Arava Institute for Environmental Studies and Friends of the Earth-Middle East offer opportunities to get involved. Visit their websites for further details.