You are here: Home/ Articles/ Study Abroad/ Blogs/ Do You Speak Strine, Mate?

Do You Speak Strine, Mate? 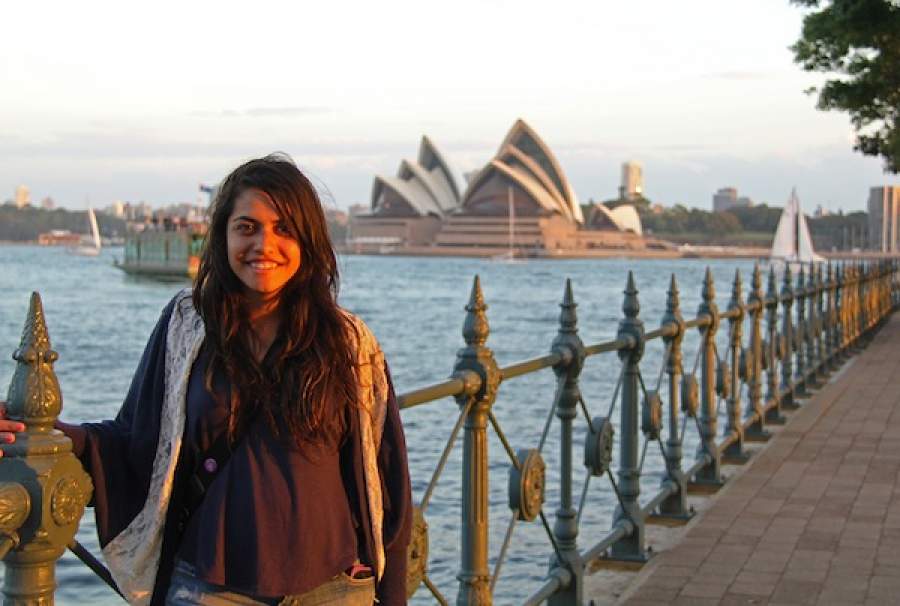 Roop discovers that the Aussie blokes and sheilas have their own lengwitch.

Aussie: You a vejjo? We were gonna go to Maccas for brekkie.
Roop: Sorry, what?
Aussie: Maccas, you know? Give it a burl.
Roop: What’s maccas?
Aussie: You’re a seppo. You should know maccas. The hamburger place.
Roop: OH! MCDONALDS!

The rumours were right: Aussies shorten everything! Conversations like the one above happen all the time, especially if you are talking to people not living in Australian metropolitan areas. (See? I didn’t even have to offend anyone by using the term “bogan.”)

When I left Denmark to come to Australia, I was really excited that I would be able to understand everyone again because they would speak English. It worked for a while. I got off the airplane and the signs were in English. Official government instructions at customs are also in English and for most part so are newspapers and newscasts. But if anyone tries to tell you that they speak English in Australia, they are lying. They speak strine (phonetically “stra-yan”), an English dialect used to refer to a broad accent of Australian English.

At least when you are living in a foreign country people don’t continue to speak their native language and switch to English for you, the foreigner. Australians just assume that everyone understands strine. And just like any other language, when you try and speak strine, they laugh at you.

For example, the other day I said, “This place is heaps far out.”

I got laughed at. Apparently the expression “far out” has nothing to do with distance and means something that’s equivalent to the British expression, “blimey!”

You would think that the use of strine would be limited to the streets. Nope. Teachers speak strine too. Check this out: a “tute” is a tutorial, a “fleckie” is a light reflector (journalism student over here!) and you would never say university, it’s always “uni.”

That’s also the rule of thumb with most words. If it can be shortened, it should be. Same goes for names: Lauren becomes Lor, Darren becomes Daz, Kimberly is Kimbo and most Peters are called Pete.

At the end of the day, Aussies are really laid-back folk. They even made it on CNN Travel’s official list of the coolest nationalities. Abbreviating is a part of their cool persona because they just couldn’t be bothered. After all, why would you waste time on using full words and sentences when you could be tanning or surfing?

So, in my hopeless attempts to become an honorary Aussie, I am going to have to embrace this beautiful language and think of how I can possible shorten my name from the one syllable “Roop” that it currently is.

(And in case you were still wondering, now I know that “vejjo” is vegetarian, “brekkie” is breakfast, and a “seppo” is an American.)