You are here: Home/ Articles/ Study Abroad/ Blogs/ When in Denmark, Bike as the Danes Do

When in Denmark, Bike as the Danes Do 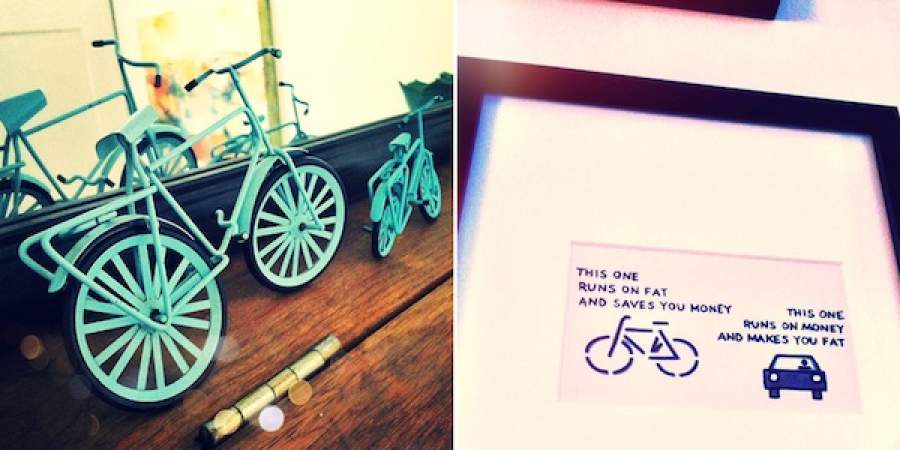 While Roop's hometown of Toronto is waging a war against the removal of bike lanes, she's discovering the endless benefits of biking in Denmark.

If you ever meet someone from the suburban Greater Toronto Area, you can be sure of one thing: they have two legs and four wheels. Unless you are under the age of 17, or had your license taken away after an unfortunate DUI, there is almost a 100 per cent probability that you drive everywhere.

After living in the suburbs and working/studying in downtown Toronto for five years, I was a stereotypical example of an environmentally unfriendly, road-raged driver that spent precious daylight hours commuting. Yes, I took trains sometimes, but you need a car to get to the train station too, right? I am sure I learned how to ride a bike when I was 7-years-old, but I never owned a bike until I moved to Denmark for university.

Needless to say, bike-friendly Denmark seemed like an exotic land. According to the Cycling Embassy of Denmark, nine out of 10 Danes own a bicycle and approximately half a million bikes are sold in Denmark every year. A whopping 36 per cent of adults bike to work (the rest may walk and/or take public transit, but do not rely on cars only), and 45 per cent of Danish children bike to school.

Committed to embracing as much of the Danish culture as possible, within my first week in Aarhus I acquired a beautiful bike and named it Nimbus. (Harry Potter fans will get this reference; rest: please don’t judge.) I strapped on my geeky helmet and half-walked, half-biked up to the school for the first day of class.

Want to hear an interesting fun fact that is also the bane of my existence? All of Denmark is flat, except the one region where I happen to go to school. Aarhus is quite hilly: the city centre is at sea level and it’s just an uphill battle from thereon.

You know what’s a disadvantage of having automatic cars in Canada? I don’t completely understand the concept of gears, and that’s applicable to bikes as well. It took me a couple of days to figure out which gear was the best for which side of the slope. After I nailed that part, I needed to acquire a few more skills: biking with one hand and checking my iPhone for directions with another; signalling stops and turns with my hand; and getting confident with the early morning biking rush hour. Yes—there is a bike rush hour in the morning and evenings.

After the first few weeks of complaining, I learned to befriend my bike. This romantic relationship got very serious, very quickly. I found myself ignoring pounding rain and late nights and cycled everywhere. If my destination was more than a two-minute walk away, I unlocked my bike and pedaled away.

Then came the snow. Only the brave Danes continue to ride their bikes in the winter. Buses become fuller than you have ever seen them and spotting biking accidents becomes a competitive sport.

After returning from holidays, I had to leave poor little Nimbus locked away, while I struggled to even walk on the icy sidewalk. I stalked the weather app all of January, eager for the snow to melt. Premature spring arrived in early February and the roads were flooded with happy bikers again, including myself.

My love affair with cycling is nearing its end as my departure from Denmark draws near. However, I have learned the numerous environmental, financial and health benefits of biking. It might be a gross exaggeration to predict that when I return to Toronto, I’ll ditch my Honda Civic and start biking everywhere. But, I am committed to continuing this lifestyle. After all, Danes are one of the happiest people in the world and I am sure their biking habits have something to do with it.