You are here: Home/ Articles/ Study Abroad/ Blogs/ The Rise of the Right in Europe

The Rise of the Right in Europe

Aside from the bouts of homesickness, a painfully disorganized university, and the scarcity of good peanut butter, the biggest problem of studying abroad is the feeling of being somewhat detached from the current events happening back home in the UK.

I can easily scroll through the BBC News app on my phone or read news online, but it’s just not the same as experiencing the events in the moment as they happen. Maybe some people would see this as an opportunity to bury their heads in the sand. But, for me, it’s important to be aware of and stay connected to what’s going on at home—particularly when the debates surrounding hugely divisive issues like Brexit are at their most crucial stages. (But let’s not talk about that now.)

I find myself in quite a unique position: I will be living in Italy when the UK (if things run according to plan) leaves the European Union on the 29th March—a monumental event in the history of UK politics. In an unsettling coincidence, my experience of "Brexit Day" will be influenced by the reaction of a fellow European nation whose government and political agenda are edging (worryingly) towards the same outcome. To give some context: Since taking office in June 2018 (despite having no political experience) Italy’s Prime Minister, Giuseppe Conte, has taken a hardline stance against immigration and has demonstrated links with Russia. Doesn’t this sound like another controversial politician we know?

For days after, I struggled to wrap my head around the fact that not all millennials share the same views that are second nature to me.

Since arriving in Italy, I have seen that this alarming growth in right-wing populism is not limited to our parents’ generation and beyond (or rather, those nostalgic for a time before EU-governed bureaucracy and mass emigration on the continent). It's rife among those of my generation, too. This was made brutally clear to me during a history lecture that covered the origins and development of the Italian racial laws passed under the fascist regime in the late 1930s and '40s. At the end of the lecture, the professor opened up a Q&A section, in which one student launched into a passionate defence of these highly repressive, racist laws and fascism itself. I was stunned. Our professor tried to intervene, but the student continued this offensive tirade whilst the rest of us sat uncomfortably, willing him to stop. I turned around in my seat to identify the perpetrator and was shocked to see it was a boy of around my age, but, more shockingly, proudly wearing a t-shirt emblazoned with the symbol of the Third Reich.

This disturbing incident had a profound impact on me. For days after, I struggled to wrap my head around the fact that not all millennials share the same progressive views that are second nature to me. I’m not saying that I was ignorant to this before, of course, but this was the first time that I had been exposed firsthand to right-wing—some may even say neo-fascist—ideology that has been rapidly gaining momentum on both sides of the Atlantic. (This was most recently  demonstrated by the electoral victory of Brazil’s new far-right president, Jair Bolsonaro.)

Although Mussolini’s fascist regime ended over 70 years ago, my experience of living and studying abroad in Italy has shown me that its legacy lives on in those who wish for a modern-day equivalent. We talk of history like there it is a sealed event with no link to the present, but from what I have seen and heard from the UK, Italy, and the rest of the world there is an ominous sense that the past may be returning to repeat itself. It seems that the course of Western politics has reached a crossroads. Who knows which path it will take? 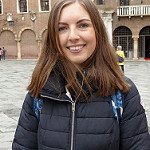