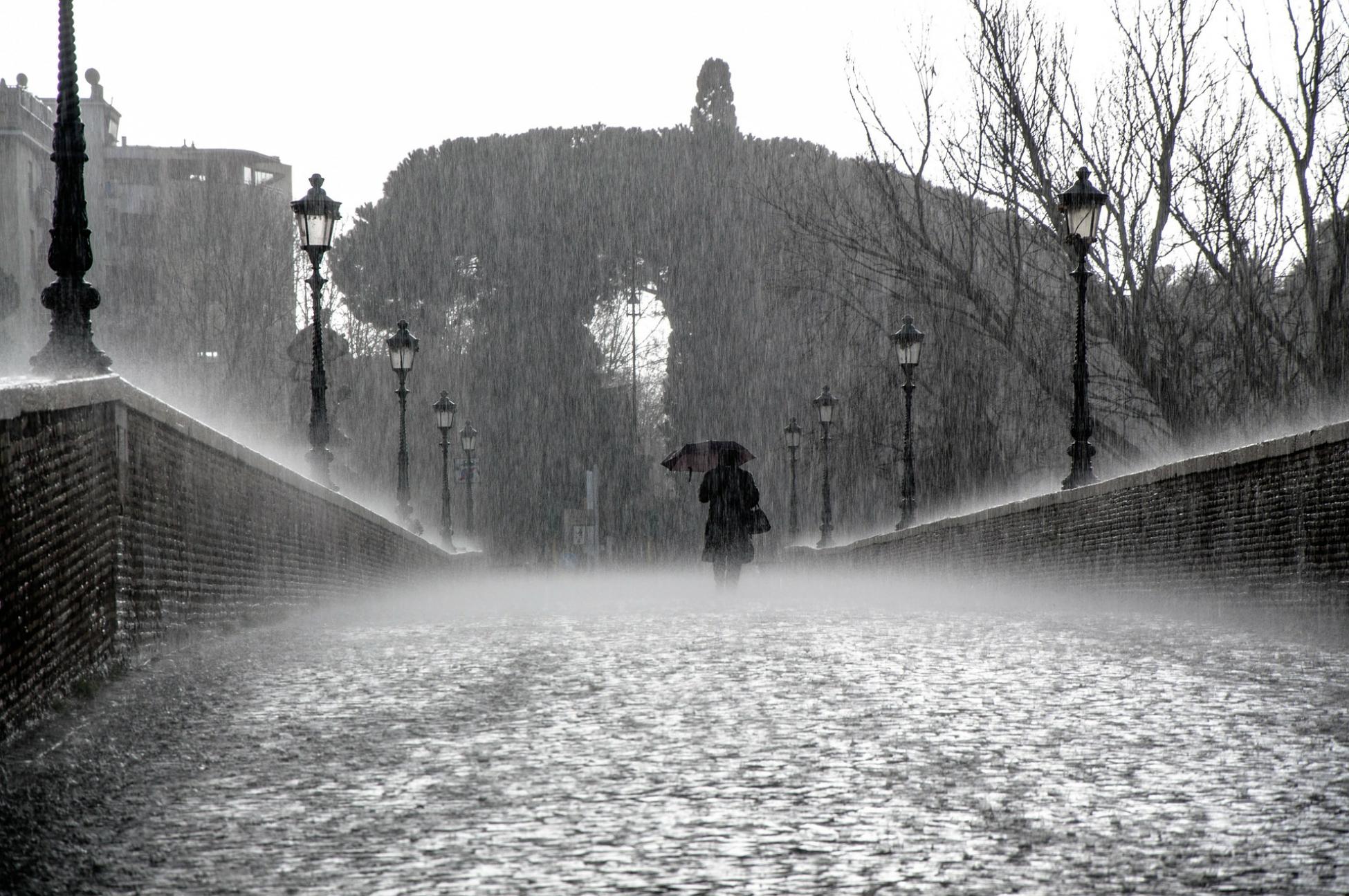 When it rains, it pours.

I absolutely hate packing. It’s one thing to take care of the flights, the itinerary, saying goodbye to everyone and getting to the airport— but it is another thing entirely to sort out which clothes to bring along.

If you haven’t travelled all that much, or even if you have but haven’t gone very far, I can understand how foolish being stressed by this might seem. But that is to oversimplify the problem: If you are travelling somewhere for the first time, or even for the tenth time, the weather and climate will likely be different.

How many raincoats do I pack; how many jackets do I bring/can I fit in my suitcase; do I even bring shorts if it might not snow in winter? These are just a few of the questions I needed to ask myself that I never thought would warrant stressing out over. But even with all of the stress that went into these questions, I still wasn’t prepared for the amount of rain that Dumfries gets on a regular basis.

Four days of rain on end is normal here, which is how I discovered the difference between waterproof and water-resistant jackets.

Three or four days of rain on end is normal here, which is how I discovered the difference between waterproof and water-resistant jackets. Not only that, but 7ºC here feels like around 15 ºC back in Waterloo if the sun is out, but feels like -5 ºC if the weather is overcast. I still haven’t figured out what magic is really at work here, but as people keep telling me, this is why everyone always travels around with a hoodie.

Seeing as how I’m writing this on day three of a four-day rain spell (go figure) and it is absolutely driving me insane, I thought I would ask some people around town how they handle with all of the rain.

Aside from overwhelmingly being told that the weather is always great if it’s sunny, and awful if it isn’t, these were some of the responses that I received:

“I stay inside and read. Once I get into a good book, I just can’t stop reading until I know everything that happens to my favourite characters. It actually works out really well that it rains so much, so I can finish the entire series in a single weekend.” – Roderick

“Usually when it starts to rain, I go for a run. Yeah the rain is cold, but it actually feels kind of nice. . . You know what? I take that back, it’s a really cold rain, so I probably just won’t run.” – Sean

“Oh, I just sleep. Yeah, I’m actually really fond of being able to hibernate. And I find that the sound of the rain hitting against the glass is really relaxing.” – Everett

“Actually, I just had my old PlayStation sent up from my parent’s, so I was going to play some retro-ish games until I beat them, one at a time. I think Who Wants To Be a Millionaire is the first one I’m going to dive into if you’re interested in joining me?” – Levi

As the rain poured down, the two of us set off to beat a game that was made 23 years ago, on a TV screen that was barely able to muster black and white, let alone identifiable sounds. We set up a head-to-head game with three players, one for each of us, and the third with us on a team to maximize our chances of success.

I was out early on with a question about some snippet of British history that I was by no means prepared for, and while Levi managed to go from question six to 11 without a lifeline, that was the end for him. That left our team, “Player 3” with four questions to go until the coveted million-dollar prize.

The moa is an extinct bird native to New Zealand, three questions to go. Before we knew it, we were on the final question: What is a “Kokanee?" Salmon? Salmon!

Four and a half hours later and we had finally beaten the game, and do you know what. The rain against the windowpane really is relaxing.