You are here: Home/ Articles/ Study Abroad/ Blogs/ Visiting "The Most Beautiful City on Earth"

Visiting "The Most Beautiful City on Earth" 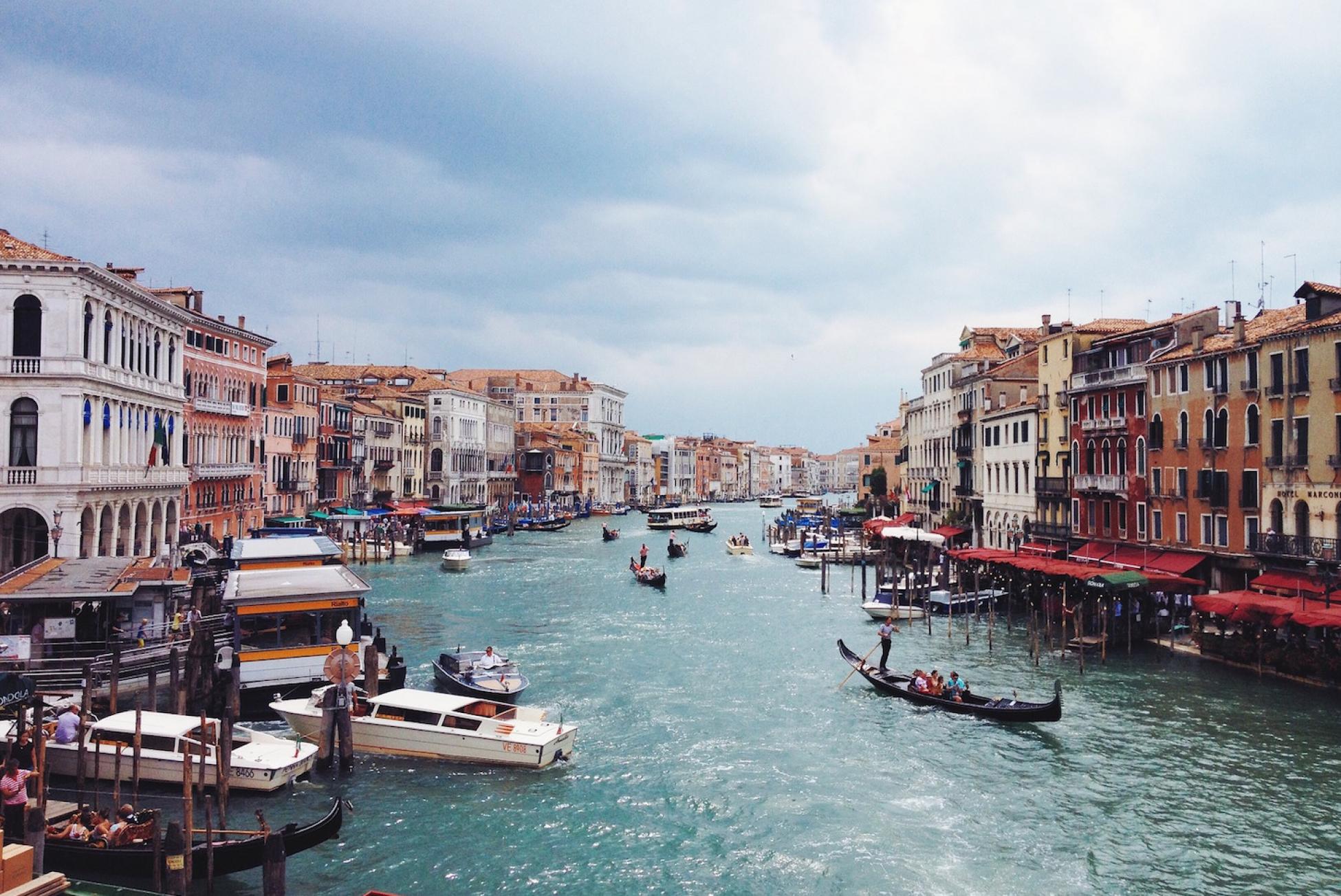 pixabay.com CC BY 0
By  Audrey Ardanaz

We all have to see Venice. But at what cost?

Many problems beset poor, beautiful Venice. Despite being aged, it’s like watching a disease take the mind and soul of someone at the height of their youth; their features are as charming as ever, but they have sad lethargic aura. The islands along the Adriatic that make up Venice are plagued with cruise ships, tourists and its jewel, water. Bearing the title of “the most beautiful city on earth” comes at perhaps the highest price any city we’ve created could take—possible destruction.

For this reason, I wanted to avoid Venice. I didn’t want to be a part of its problems, nor observe its deathbed beauty by just staring and documenting, without any remedies in-hand. In August, I spent a month working as an au pair in the hillside village of Arqua Petrarca, a 40-minute train ride from Venice, I relished in the simplicity of authenticity. It was easy to feel “Italian,” easy to ride my bike into town, easy to imagine my life had always been this way. It was easy to avoid crowds and all things aimed at me, the tourist.

Then the family told me I would be staying with them in Venice for two weeks. In my research, I found an article that compared the city to an amusement park. One New York Times article headline read: “Venice, Invaded by Tourists, Risks Becoming ‘Disneyland on Sea.'"

No doubt the Italian family I was staying with—who adored Venice like it was their third child—would find this to be an extremely rudimentary observation. So, on the train ride over from the train station in Monselice, I tried to keep an open mind. I knew I had to find to get to know Her, Venice, in a way unlike the others.

Upon arrival, I immediately sought clearing on the throne of steps that roll passengers out onto the landscape. I looked across at the scene of boats, flung suitcases, bridges, and people and thought one thing: “Disneyland on Sea.”

Walking through the aquatic clanging and thick streets of masks with soulless eye slits, I had the immediate suspicion that I was going to loathe this capitalized playhouse on water. My suspicion was confirmed that evening as I watched in horror a cruise liner pushed its way out through the Grand Canal, standing uncountable stories above the horizon.

Tony Green, a painter whose art adorned the family’s flat, has a shop in Venice. I wanted to meet him, a conversation I was clamouring for, and not another museum visit. However, I was informed that he leaves during tourist season. Green firmly believes that his art is not for tourists. It is not simply a case of his paintings being to their taste, nor their likes, but a case of sophistication and culture that he believes is completely missing when it comes to the touristic Venetian experience.

I bit my lip, because I so badly did not want to fall in a category of unsophisticated, uncultured tourist. I had already vowed that I wouldn’t set foot on a gondola, but I knew that it wouldn’t be enough.

I didn't want to fall in a category of unsophisticated, uncultured tourist. I had already vowed that I wouldn’t step foot on a gondola, but I knew that it wouldn’t be enough.

I knew to get rid of this feeling, I had to get to know Venice, intimately. I had to listen to her, inquire about her interests, talk to those you knew her, give her a sense of me and my life and what I had to offer. Surely money was not the only thing keeping her alive?

When I tentatively broached the subject of Venice's future with my Italian employers, it felt like bringing up the subject of a child's future with their parents. Only after a few glasses of wine did I ask them in the dying glow of a candlelit dinner, "What do you think will happen?"

"I don't want to think about it," they responded.

Ultimately, I chose stories to connect to a city that at first seemed unapproachable. Research and history aside, it is authors and film directors who led me to the Venice that I wanted to know. So, without a disguise, I went about her watery labyrinth with a new literary lens.

The ghetto square (Ghetto Nuovo) where I stayed was the living quarters of Shylock in Shakespeare’s Merchant of Venice. The tiled romantic mansions were the secret meeting place of trouble and misfortune for the protagonists of The Tourist. The vaporetto rides to and from Lido—the island strip that runs along the mainland—were the rides taken by Gustav von Aschenbach in fervent pursuit of Tadzio. The Grand Hotel de Baines—the now-closed hotel that Gustav stays at—was the object of my fascination while I bathed in the Adriatic.

The mental-asylum-turned-university on the island of San Servolo—which I had all to myself one Saturday morning (if one can believe such thing)—is perhaps where all stories of misplaced lunacy have originated. Enveloped in scarlet velvet, the Venice Film Festival (also at Lido, and open to the public)—where I sat down the row from the directors of an Iranian film—was perhaps the birthplace of my own story.

Everything camouflaged within the her became organs pumping systems of stories, which I rode through on water taxi rides, most of the time with no destination. And every one of her islands was a chapter to her life itself. Venice still surprisingly has something to offer a foreigner; one just has to turn on their tre ochi (third eye).