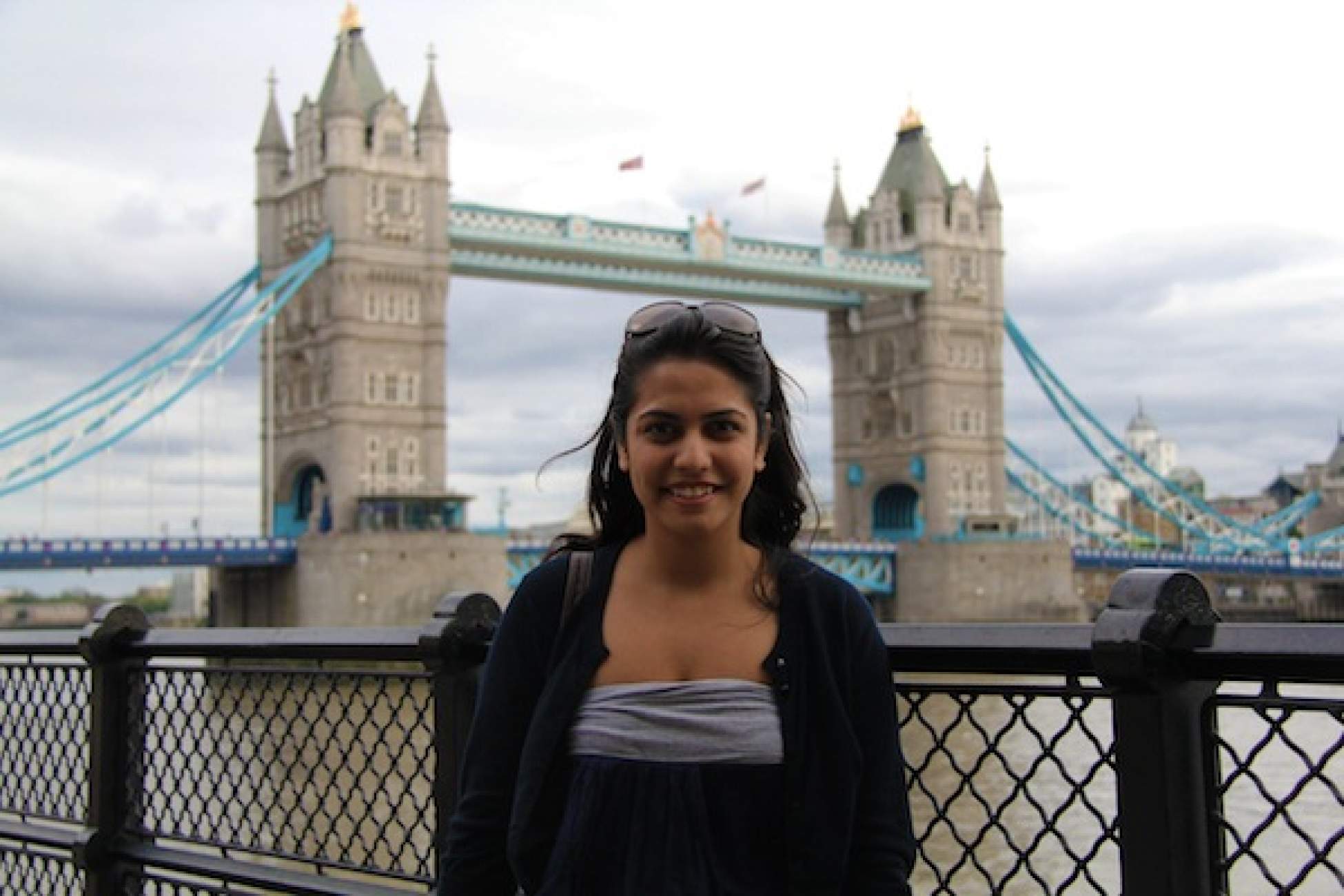 Roop in London.
By  Roop Gill

Roop lists out the features of a student-friendly big city.

I just started the final leg of my cross-continental MA in London. Since the first time I visited London when I was 11, I have always wanted to live here. It has history, culture and character. But, if a city can be too big and crazy, it’s London. The long, expensive commutes suck all the energy out of you. Finding accommodation is like a real life mystery novel. All your friends live in different boroughs and you can’t just hop on your bike to go hang out at their place. (Well, you could. But it would take a while and biking in London isn’t a pleasant experience.)

Despite the high cost of living, long commuting times and oversaturated job market for graduates, London is number two on QS World University Ranking’s list of Best Student Cities in the world. Conducted last year, this survey was based on individual university rankings in the city, student mix, quality of living, employer activity and affordability. Short of only Paris, London ticks all those boxes and apparently does it very well.

This got me thinking: numbers and statistics aside, what makes a great student city? Before London, I studied in Aarhus, Toronto (#26) and Sydney (#6), thereby gaining varied perspective on the features of a great student city. In my opinion, here are the top four things that a city must have to be a world-class student city:

Every city, whether it is home to reputed universities or not, needs to have a personality to be considered interesting. Out of the places that I have visited on the top 10 student cities list, I think London (#2) is crazy, Melbourne (#4) is indie, Sydney (#6) is laidback and Berlin (#8) is edgy. And usually these places bring out the corresponding qualities in people.

Students usually don’t have cars. (Unless you were me during my undergrad years; living in suburban Toronto and driving into the downtown core for class.) However, students need to be a lot of places in one day: class, library, grocery store, café and pub. It’s essential to live in a city that has a good network of public transit (or is accessible by foot or bike) to make the most of the city. As much as locals like to complain, both Paris and London have an amazing transit infrastructure to support the demand.

Considering I have lived in some of the most expensive cities in the world, I may sound a little hypocritical saying that affordability is key. But, I can truly appreciate the importance of living somewhere affordable now that I have lived in Sydney and London. A cheaper cost of living definitely adds to the overall experience of student life (and leaves you with more pub money!).

As much as I like libraries, students need a change of scenery. When I lived in Aarhus, Denmark we found ourselves going to the same five bars over and over again. As much as we liked those spots, one eventually gets bored of them. Big cities like London, Paris and Sydney have enough bars to keep you busy for every weekend in the year.

Obviously, different people may look for different things in their ideal student city. If you have a feature that you love about your university-city, then share it in the comments below!