You are here: Home/ Articles/ Beyond the Guidebook/ Haldwani Enrichment: Facing Poverty in India 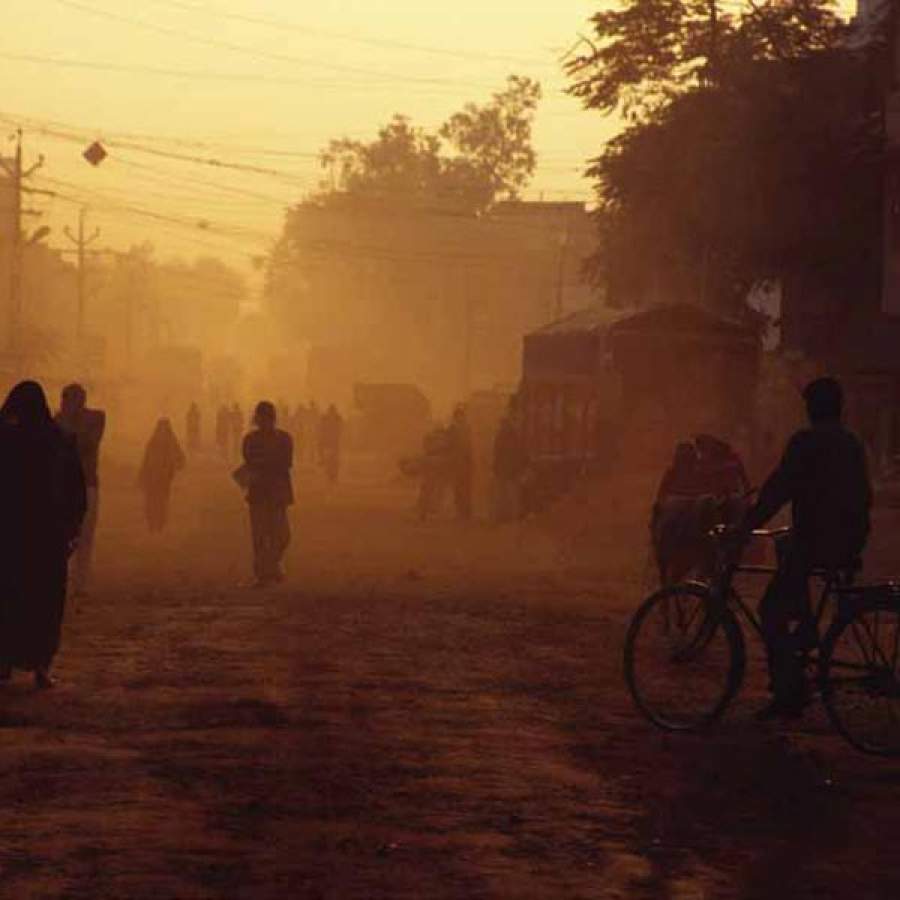 I am sitting on a bench outside Haldwani bus station, a rural chicken stop in the far north of India.

I have a five-hour wait to make my connection to Chandigarh; I’ve brought nothing to read, and my camera gave up the ghost six weeks ago in Ajanta. This is probably just as well. Some experiences are best documented in language.

Who was it that said a word is worth a thousand pictures?

To pass the time I get up and wander around, noting what I see. Maybe it’s the sheer boredom of it all, but suddenly I become aware of a myriad of details.

The first thing you notice as you approach Haldwani bus station is the masses of roadside rubble: smashed bricks, rocks and pebbles, all of various sizes. Is this detritus used as recycled building material? The debris is interspersed liberally with rubbish and dirty water puddles – and people.  People sprawl on string beds known as charpoys, or squat low on their heels.

Walls of the houses near the station are crumbling, stained with mildew. Remnants of tattered posters hang from them, and faded devanagari lettering. Their corrugated iron roofs are covered with green tarps that look like garbage bags, weighed down with rocks, metal bars, tree branches and old tires. Emaciated dogs sleep in the shade of pipal trees, or lie flat on their sides in the sun like roadkill.

At the entrance to the station a couple of women sit on their luggage. They cover their mouths with the ends of their saris against the flies.  Near them a tall, elderly man in an orange dhoti squats barefoot on the floor, his kneecaps almost at the level of his chin. He wears a long, white shirt with black stripes and a saffron-colored headband, and smokes cheap, green Indian cigarettes called biris. Nearby, a cow eats rotten banana peels from a rusted iron garbage drum cut down to one-third its height.

Inside, the concrete floor of the station is spattered with stains and burns on its surface; a stench of urine and cow dung saturates the air. People in grimy clothes sleep barefoot, curled in fetal position, on the station benches. Their sandals litter the floor. Eight men have spread out burlap cloths and sacks of flour or agricultural produce; they lie on these bags, jumbled together in a heap, elbows in each others’ faces, legs intertwined.

Outside dozens of buses are parked in rows. Dull green in color, they have a battered look, which reminds me of desert troop transport during the Second World War. There are no numbers or signs, so it is impossible to determine where each bus is headed. Drivers shout out their destinations in rapid fire, like auctioneers, just before they pull out: “Naini Tal, Naini Tal, Naini Tal, Naini Tal!”

A man on crutches accosts me for the third or fourth time. Although I've already given him money, he's game for another try.

A woman leaves the station now, presumably heading for her bus, dwarfed by an enormous sack of onions balanced on her head. On the far side of the buses, wooden crates are stacked against a wall; beside them stands a man with a cycle cart weighed down with a swollen white bag many times his size. Not far away, a cobbler sits cross-legged in the dust, his tools placed carefully in front of him.

There are a number of silent beggars here. A man on crutches accosts me for the third or fourth time. Although I’ve already given him money he’s game for another try. Smiling he raises his dhoti to reveal a hideous leg injury, a gruesome, ill-healed gash running from his calf all the way up to his hip. He seems almost proud of this.

Three little girls are playing a frantic game of tag. They run barefoot through the station, in circles, laughing and screaming. Their hair is tangled and caked with dirt.  No one takes any notice of them.

For some time I watch a dog is sitting under one of the buses in the shade. He devotes slow, insistent energy to the scratching of fleas, raking his neck deliberately with a hind paw. Scratch-scratch-scratch.  After a few minutes he rises and ambles out into the sun, giving himself a leisurely shake. A great puff of dust flies from his coat like a mushroom cloud.

When I return to my bench, I find a well-dressed young man reading a glossy men’s magazine. He is wearing Tommy Hilfiger jeans and a popular brand of running shoes.  His name is Deepu, and he is a university student on his way to a rock concert. We start up a conversation. Deepu appears almost embarrassed, apologetic about all this, as if he had nothing to do with it. His effort to disassociate himself comes out sounding like contempt.

“These people! They’re stuck in the past. They don’t want to change.”

“Well, maybe people don’t desire what they don’t know, or what they feel is out of their reach.”

“Yes, but when we tell them they don’t listen to us.”

There’s certainly potential here for an interesting debate, but I decide it’s best not to take up the challenge. As an affluent vacationer, I feel it’s inappropriate for me to offer opinions and advice. Besides, when it comes to development and social justice, the moral high ground is so narrow that nobody can hope to occupy it for long.

Haldwani is a far cry from a technology hub, and it makes you wonder when, if ever, the benefits of India’s economic boom will ‘trickle down’ to the rural masses. Often western travellers speak of their ‘shock’ when they first visit the world’s poorer regions, and places like this still have a lot to offer in terms of squalor. But travel is above all about learning, and we shouldn’t expect only good or beautiful experiences when we venture forth. Often it is the bad and the ugly that enrich us more.

I still have another couple of hours to kill before my bus leaves, but the time passes quickly as Deepu and I go on to discuss TV, pop music and the glories of India’s cricket team.