You are here: Home/ Articles/ Beyond the Guidebook/ A is for the Atlas of Endangered Alphabets

A is for the Atlas of Endangered Alphabets 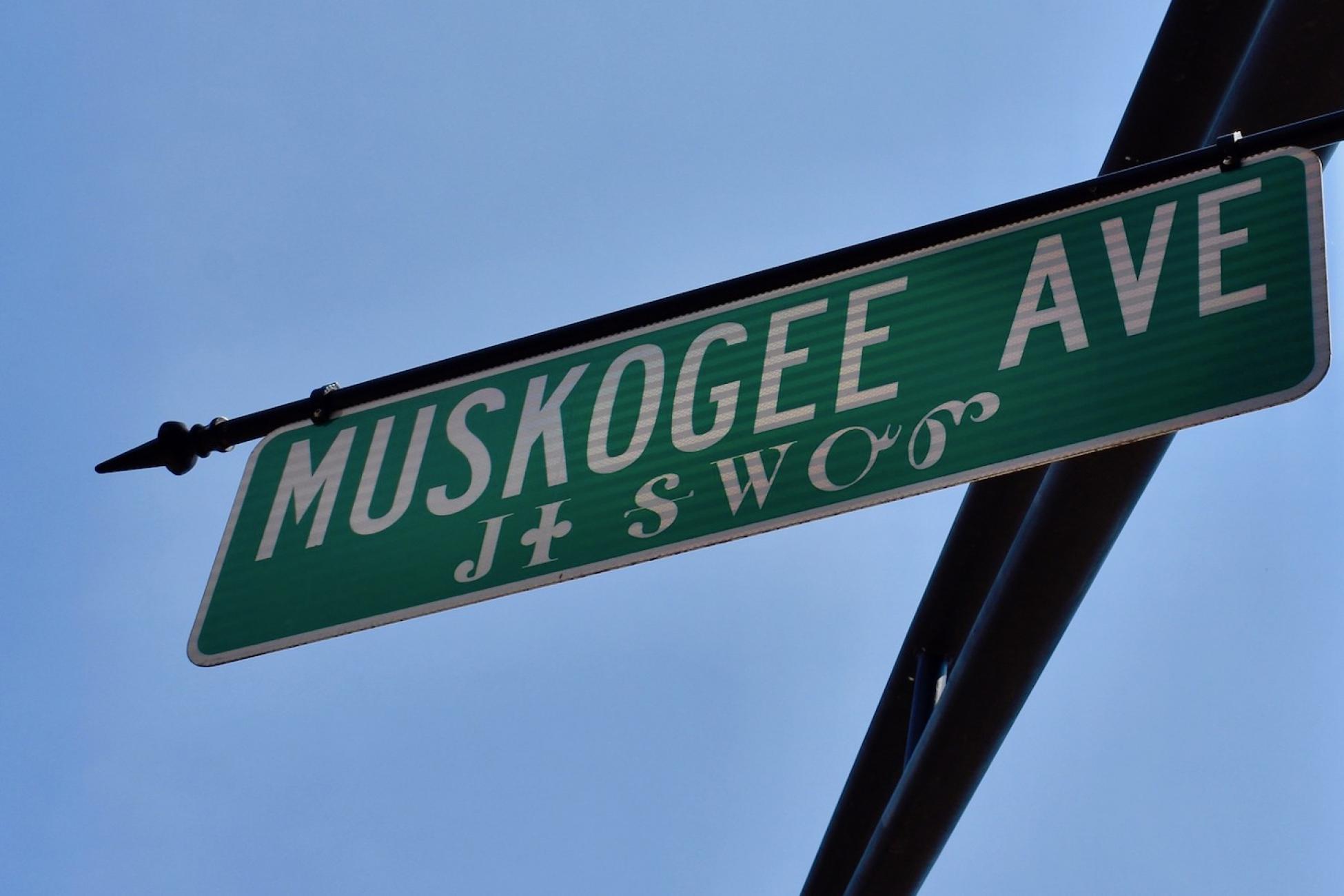 Two-thirds of the world's written scripts are in danger of disappearing—and with them, the unique cultural knowledge they convey.

What would happen if you forgot your ABCs? You walk into a library and open your favourite book, but the words look like gibberish to you. You open dictionaries, medical journals, history books. All chicken scratch.

Now, what would happen if everyone forgot the English alphabet?

The people who read Chữ Nôm, Hanacaraka, Apurahuano, and around a 200 more written languages might not have to imagine for much longer.

Tim Brookes, the creator of the Endangered Alphabets Project, estimates that two-thirds of the world’s 200 or so scripts are in danger of being forgotten or even deliberately erased, but he and his team have launched a website bring them back from obscurity.

What if the next time you got off the plane at your latest unfamiliar destination, you opened Google Maps and instead of brunch spots, you were greeted by red pins denoting each endangered system written there. You click on one and it takes you to a page that has photos of the script, information about its associated culture, language lessons, and details about groups or individuals who are working to preserve or revive it.

This is the Atlas of Endangered Alphabets.

From hobby to mission

When I call Brookes, his voice, soft and with a slight British accent, floats clearly over the line. He tells me his interest in alphabets began over 10 years ago, when he was carving words onto wooden Christmas gifts for family members. Looking for inspiration, he happened upon Omniglot, the online encyclopedia for writing systems. There, he learned that while there are thousands of spoken languages, they all share only a few hundred writing systems—and the majority of the world only uses a handful of those (such as our Latin alphabet). Instead of focusing on those, Brookes decided to learn more about obscure scripts.

“When I started this, I assumed I'd find the experts and read the books to learn about [the scripts], but there aren't any. There doesn't even seem to be a word for the study of writing systems or an academic discipline or degree program,” he tells me.

But it wasn’t until he was contacted by a Bangladeshi man name Maung Nyeu that Brookes’ hobby was transformed into a mission.

In 2012, Nyeu found Brookes’ website and sent him a message. Nyeu told him how when he was growing up in the Chittagong Hill Tracts (CHT) in Bangladesh, he was beaten in school for "not paying attention." A short attention span wasn’t the problem; over the previous decades, the 13 ethnic groups of the CHT—mostly traditional farmers—had been forcibly silenced in various ways by Bengali settlers. One of those ways was by mandating that all children be schooled in Bangla, the national language. But most of those 13 groups had their own unique languages and written scripts. These Indigenous children, including Nyeu—who spoke Marma and wrote in the Marmaza alphabet—couldn’t understand a written or spoken word of what they were being taught. According to a 2009 study by the Human Development Research Centre, less than 8 percent of CHT children finish primary school.

“When a script becomes banned or suppressed, within two generations, [the members of that culture] lose not only the knowledge contained—but also the sense that they themselves are important."

Brookes says that when members of a minority culture stop using or teaching a script, or it becomes banned or suppressed by a government, within two generations, they lose not only the knowledge contained—but also the sense that they, themselves, are important.

He tells me how Nyeu once showed him a book of medicinal plants from the CHT. It was written in one of their Indigenous languages—which means that if the language is lost, so too will be the medical knowledge.

There’s also the loss of cultural identity. In downtown Tahlequah, Oklahoma, the street signs are written in the Cherokee syllabary. After the Cherokee Nation was obliterated in the 1830s, the majority of survivors settled in Tahlequah. Although they were again dispersed during the Civil War, this is where many Cherokee come today to remember and celebrate their history. In 2010, UNESCO labelled their spoken language as severely endangered, but as the mayor of Tahlequah once told Brookes, “When they come here and see those signs, it’s like saying, ‘Yes, this is us. This is our homeland.’”

It isn't just about preserving the past, though. It's much more serious than just memories. Right now, there are 68.5 million people displaced worldwide, and high suicide and mental illness rates in refugee camps have been reported around the globe. The 100,000 ethnic Karen refugees from Burma, who have been in camps in Thailand for generations now, are one example. Teaching language classes in these camps in their mother tongues using the S'gaw Karen writing system is one way to help these people stay sane.

“In a way, it reminds them, ‘We are still here,” says Brookes.

A tool for preserving cultures

A culture isn’t just shaped by its most easily recognizable features; by the face it puts on for guests. Behind this mask is a complex history, giving context to why and how it looks the way it does now. The Atlas of Endangered Alphabets is a map travellers can use to explore this forgotten or hidden underside. It allows them to truly understand who they’re meeting—and what’s at danger of being lost.

Brookes hopes the Atlas of Endangered Alphabets can be a tool for both travellers and people around the globe actively fighting to preserve their cultures. Although it includes information on spoken language, it mainly focuses on scripts—often when the former is endangered, its latter is in even worse dire straits, as it takes more formal education to pass along a written language.

His main goal is to work with other revitalization groups. He’s already partnered with the creators of the Nubi-App and the founders of the Circle of Courage. The first is a learning tool for the Nubian language that also includes a guide to traditional Nubian spots around Aswan, Egypt, for tourists who want to support struggling native speakers. The second is a youth group of the Abenaki tribe of Vermont, who have created a dictionary of their most treasured words that they want to get published and put into school.

Before the Atlas, when he gave lectures warning of the erosion of unique cultures and their languages, people would come up to him afterwards wanting to learn more, but he had nowhere to send them. Since the launch, scores of people have reached out with scripts to add to the website.

“Some I’ve never even heard of,” says Brookes.

He also keeps a running list on the website of obscure scripts for which he needs more updated information. Since it’s hard to get an accurate picture of these from a distance, he needs boots on the ground help from locals and travellers, so he’s added a contact form below the list for those who know more about them.

After the two of us say goodbye, I open my laptop to the Atlas map. Hundreds of red pins bloom across it, including one in Morocco, where I've always wanted to go. Clicking it brings me to a page of pictures, Facebook links and keyboard apps which one can use for typing Tifinagh, a script for writing the Tamazight languages. I read how people have been imprisoned in the past for using it, how it's been found on cave walls deep in the Sahara desert, how it was used by Berber women to write secret love letters.

I take a pencil and copy the name of the language down in my notebook, its characters foreign under my fingers. It means “our discovery.” 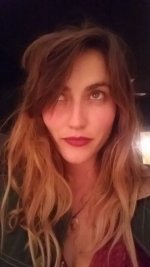 Kerry Graning is a freelance writer and archaeologist. Her work, whether writing about modern-day moonshiners or digging up ancient trash, sometimes takes her as far away as Ireland and Italy and other times as close to her own backyard as New Mexico and Mississippi. Either way, tall tales and bones are usually involved.