You are here: Home/ Articles/ Beyond the Guidebook/ Are You Living Abroad Like the Locals, or Displacing Them?

Are You Living Abroad Like the Locals, or Displacing Them? 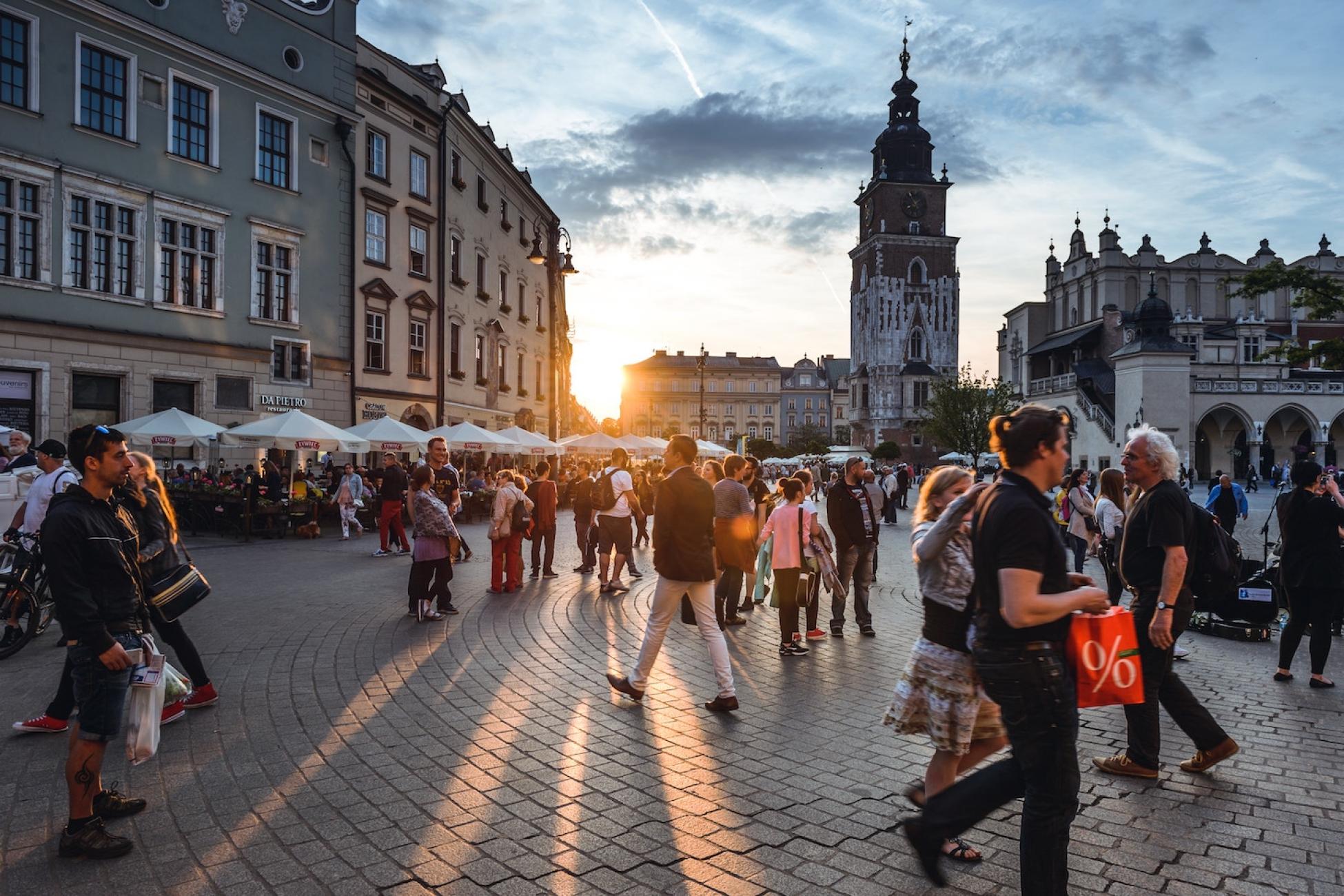 In cities around the world, exploding tourism and expat cash are driving prices up, and locals out.

As a teenager in the ‘70s, Roberta Leary used to catch the train here from her neat suburban neighbourhood, captivated by Fremantle's artists, street markets and underground music. She moved to the city shortly after, establishing herself as an artist in Fremantle’s thriving design scene.

“You could be whatever you wanted to be in Fremantle. It was very laid-back,” says Leary.

In 1987, the city hosted the America’s Cup. From then on, tourists and yuppies poured into the sunburnt city, driving major investments that spurred Fremantle’s popularity while transforming its residential districts from working to middle class.

“The leases started getting really expensive and people like me had to move out,” says Leary.

It's a familiar story. Faced with rapid gentrification due, in part, to mass tourism and a growing mobile workforce, many areas worldwide are actively trying to minimize harm to locals. In Berlin, Britain, and New York, governments are taking steps to safeguard affordable housing for the working class amidst rent inflation caused by a rush of newer residents. Likewise, Amsterdam—which packs millions of tourists annually into its tiny city limits—has recently banned tourist targeted businesses like bike rental stores, lavish cheese emporiums, and the insidious Nutella shops.

While most of us are quick to relay the woes of gentrification, we conveniently skim over our own contribution to the problem as travellers and expats. Certainly, newcomers can have positive impacts, yet too often we fail to consider the uglier aspects of our footprint. The irony of gentrification is that excesses of privileged tourists and new arrivals ultimately spoil the diversity that made the city unique and attractive in the first place. Worse, our privilege can end up contributing to the displacement of those with less resources.

This is precisely what happened in Fremantle: the local shops that gave the city character were forced to withdraw to the more affordable fringes, replaced with franchises and big international brands.

“When the people move out, they take the atmosphere they’ve created with them,” Leary tells me. Lined with mobile phone shops and Kmarts, the city’s main streets quickly lost their charm. The tourists who buoyed the economy stopped coming to Fremantle, the state’s mining boom ended and river of money lubricating the city soon dried up.

Today, landlords still cling to the memory of people willing to pay twice a property’s worth, leaving Fremantle with rows of empty shops.

I myself grew up in Fremantle and too have witnessed the vibrant city’s sad implosion. So when I saw the notice pleading “DON’T PAY TOO MUCH RENT!” on the pinup board of Tempelhof’s community garden in Berlin, where I had recently moved, I knew the type of worry that drew locals to put it there. Gentrification has slowly been transforming the iconic city for years and locals fear its future will mirror that of cities like Fremantle.

When travelling or moving abroad, it's crucial to consider your privilege. While you may not think of yourself as wealthy, in comparison you probably are.

The influx of people to Berlin has led to severe housing shortages. In 2018, The Berliner Zeitung reported that 10,000 families living in government-subsidized housing had been forced into hostels and other short-term accommodation due to scarcity of available apartments. But it’s not just Europeans moving to the city—tourists and travellers seeking out cheap accommodation are just as much to blame. It’s become such a concern that last year the city banned permanent Airbnb properties.

“It’s almost impossible to find a flat you can afford on your own in the city centre,” says Jennifer Stroka, who has lived in Berlin all her life. Today, families and individuals with less money are getting pushed into tighter, more concentrated areas, confined by the wave of rent increases engulfing Berlin. “It feels like the low-income families get segregated so people don’t really see them,” Stroka says.

She’s quick to point out the benefits of gentrification—she tells me that growing up the district of Neukölln, which straddles the city’s Southern border, was a notoriously unsafe area that most Berliners avoided. Yet, today it is the city’s “it” neighbourhood, home to the lion's share of Berlin’s best cafes and bars.

Stroka now lives in Neukölln and, while she believes the changes have been good, she knows the transformation has been hard for some residents.

“The more people come, the more polished areas in Berlin become,” says Stroka. “If the city continues to gentrify at this rate, it won’t be able to retain its uniqueness. Berlin will lose the diversity that makes it Berlin.”

Here's how you can avoid being part of the problem:

Obviously, everyone wants to pay the least amount of rent. But when travelling or moving abroad, it's crucial to consider your privilege. While you may not think of yourself as wealthy, in comparison you probably are.

Instead of looking for long-term housing in low-income areas (where it is cheapest), restrict your search to middle or high-income neighbourhoods. This helps ensure you are competing with people of comparable wealth and housing options.

If you are moving into a low-income area, it’s essential you don’t take an overpriced apartment. If you are paying above the average for your district then you’re justifying landlords’ decisions to charge more for the same property.

The same goes for Airbnb: Try to stay in traditional tourist areas instead of opting for the cheaper fringes where locals lives. For many hosts, Airbnb is a full-time business, which essentially means that locals lose out on potential apartments.

Inform yourself about the average house prices by asking neighbours, looking online, and going through past property ads in the area. Remember, someone usually pays for your bargains.

A slew of psychology research indicates that people tend to prefer those who are similar to them. Walk through any popular city and you’ll soon notice pockets of nationalities grouped together speaking their mother tongue. While it's natural to gravitate to familiar circles, fighting this inclination will undoubtedly give you valuable insights into the city. (It can feel quite forward asking people things like how much rent they pay, but residents of a gentrifying city will often be glad to have that conversation.)

Try to reach out to long-term residents through Couchsurfing, as people on the site may be more willing to talk to newbies. You could also start your own page inviting locals to tell newcomers about the city’s dynamics. You can also use Facebook or Meetup to find local get-togethers.

Another good way to talk to people with knowledge of the city is to do walking tours. Most guides are long-term residents and should be able to answer your questions about the area.

Put your money in the right pocket

When outfitting an apartment if you’re working or studying abroad—especially if you know you may only be there for a year or less—you might be tempted to shop in places like Walmart. However, it’s important to ensure your money doesn't just end up in the hands of big international companies.

Instead, search for stores owned by locals. And while it’s misguided to sign leases in low-income areas, it’s good to visit these districts to eat, drink and shop. One great way to ensure your money goes to locals is to hit up flea markets, where artists and residents sell their wares.

Think about your purchases and ask yourself: Who will be getting my money at the end of the day? Can I buy local instead? Mass-produced products may be cheaper but it’s worth paying more for something you can feel good about.

This article was originally published in Verge's digital edition in March 2019.

Bella Peacock is a freelance writer based in Berlin. Her work has been published in Bust, Roads and Kingdoms, Matador Network, Get Lost, Overland Literary Journal, and more. After finishing her thesis, Bella plans to move to Sarajevo. Follow her journey @peacock_bella.