You are here: Home/ Articles/ Beyond the Guidebook/ Postcards from Utila 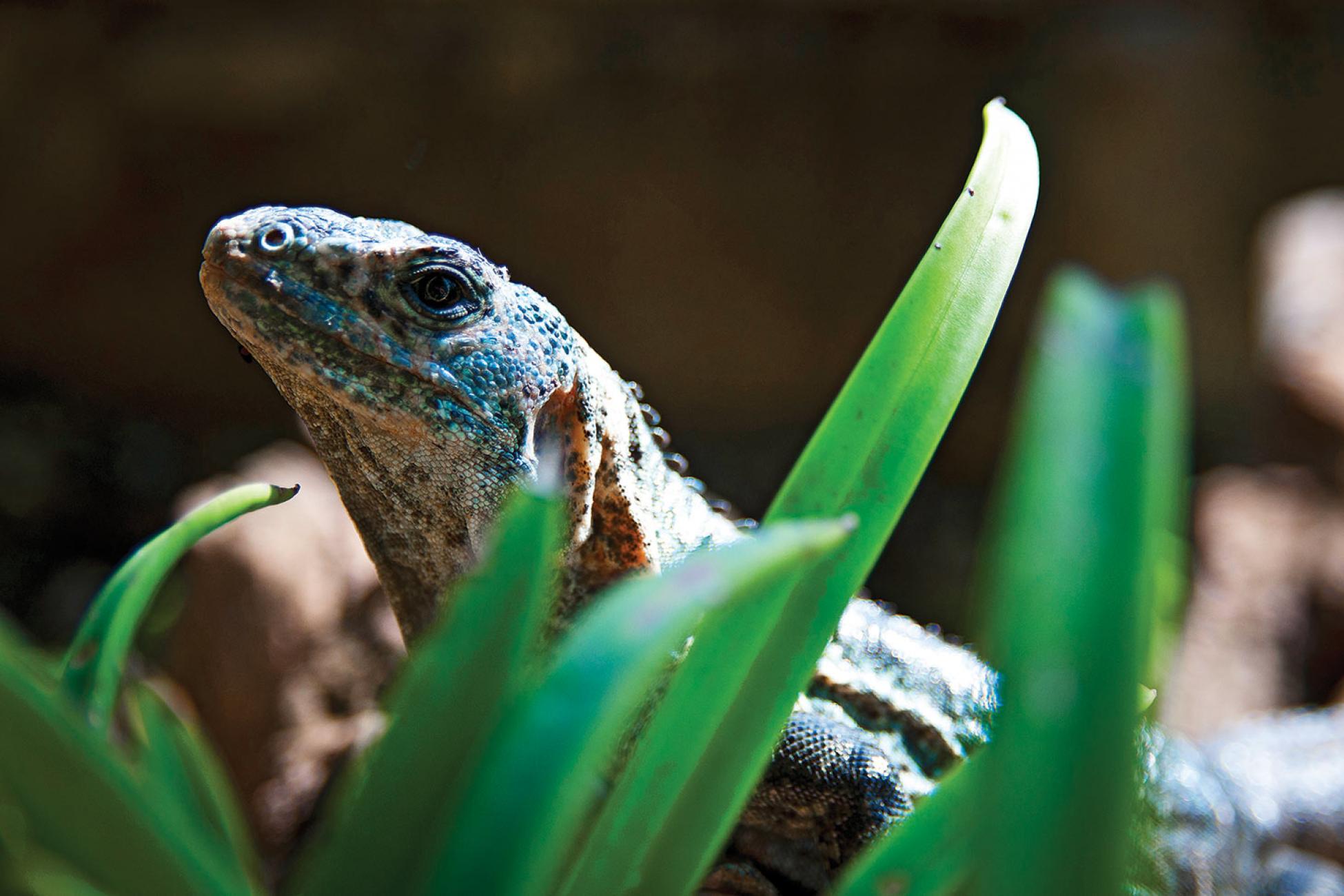 Out of sight of the sun-drenched beaches of a popular Honduran diving destination, a dangerous reality threatens the viability of future tourism.

Weak and fragile, the baby swamper iguana peers at me with glossy, helpless eyes. Volunteers at The Iguana Station, an NGO that breeds swampers, are force-feeding them a finely chopped mélange of termites, hibiscus leaves, carrots, oats and mangrove leaves in the hopes of rehabilitating the weaker juveniles and introducing them into the wild.

Yet Utila is a place of contradictions. Just the week prior, I photographed locals in barrio Camponado eating the endangered swamper—also known as the Utila spiny-tailed iguana—as a traditional meal, served with boiled cassava. Some would argue that the impoverished mainland migrant workers, who moved to the island to work during the tourism boom, have hunted the species to near-extinction. But environmental degradation in Utila cannot be blamed on one marginalized group of people or one simple cause. 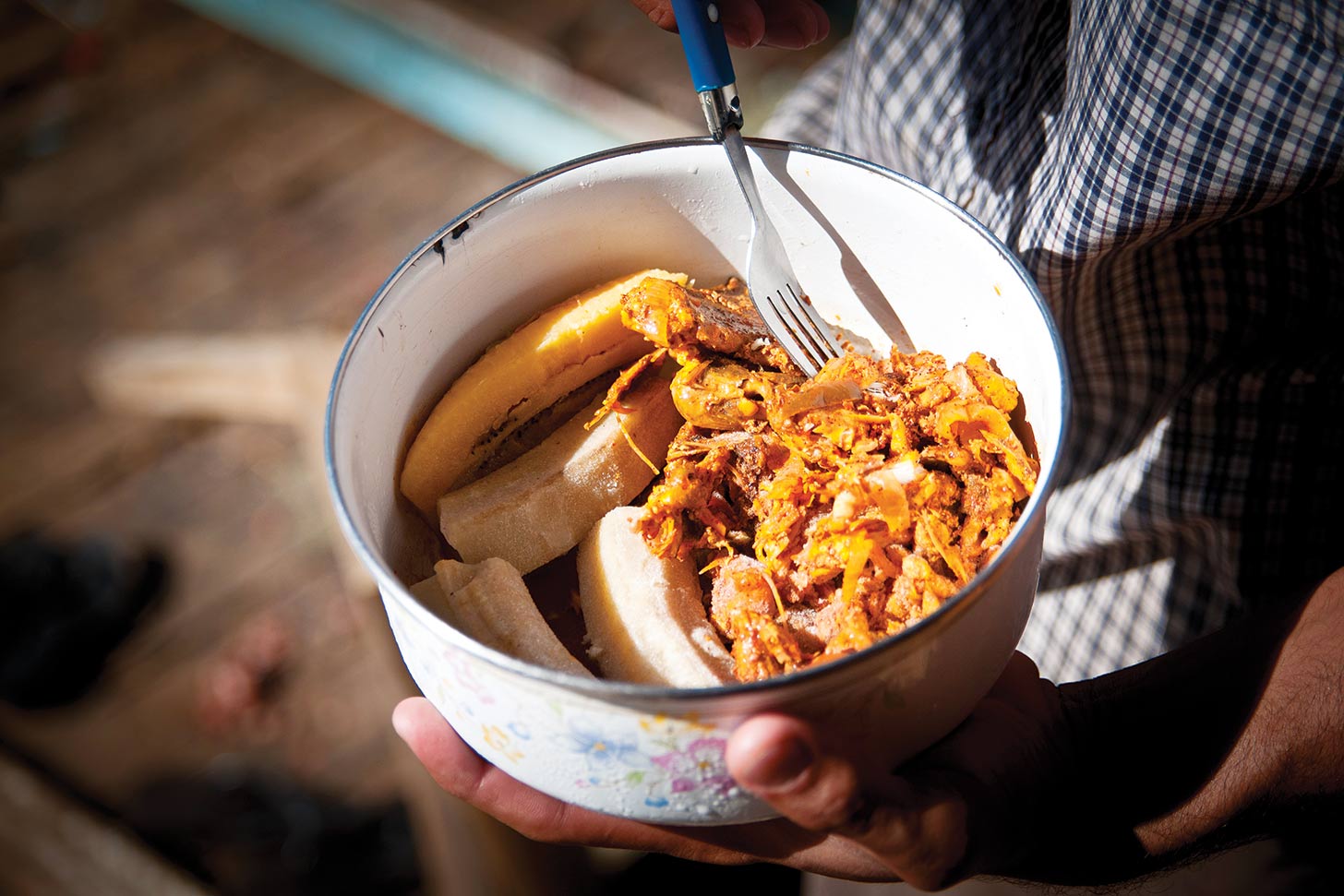 Located at the south end of the Mesoamerican Barrier Reef System, Utila is the smallest of Honduras’ three Bay Islands. As a dive Mecca, it has experienced a substantial tourist boom in the last two decades—nearly 150,000 tourists visited between 2002 and 2006 alone. “Without tourism, we can’t live,” noted a Board of Tourism employee. “It is a fundamental part of the island."

Utila is a staple for backpackers passing through the region, but unfortunately most don’t stay long enough to learn about the environmental plights or their role in its exacerbation. Beyond the sun-soaked bars, the laid-back island vibe and the affordable dive packages, a grim reality lingers. 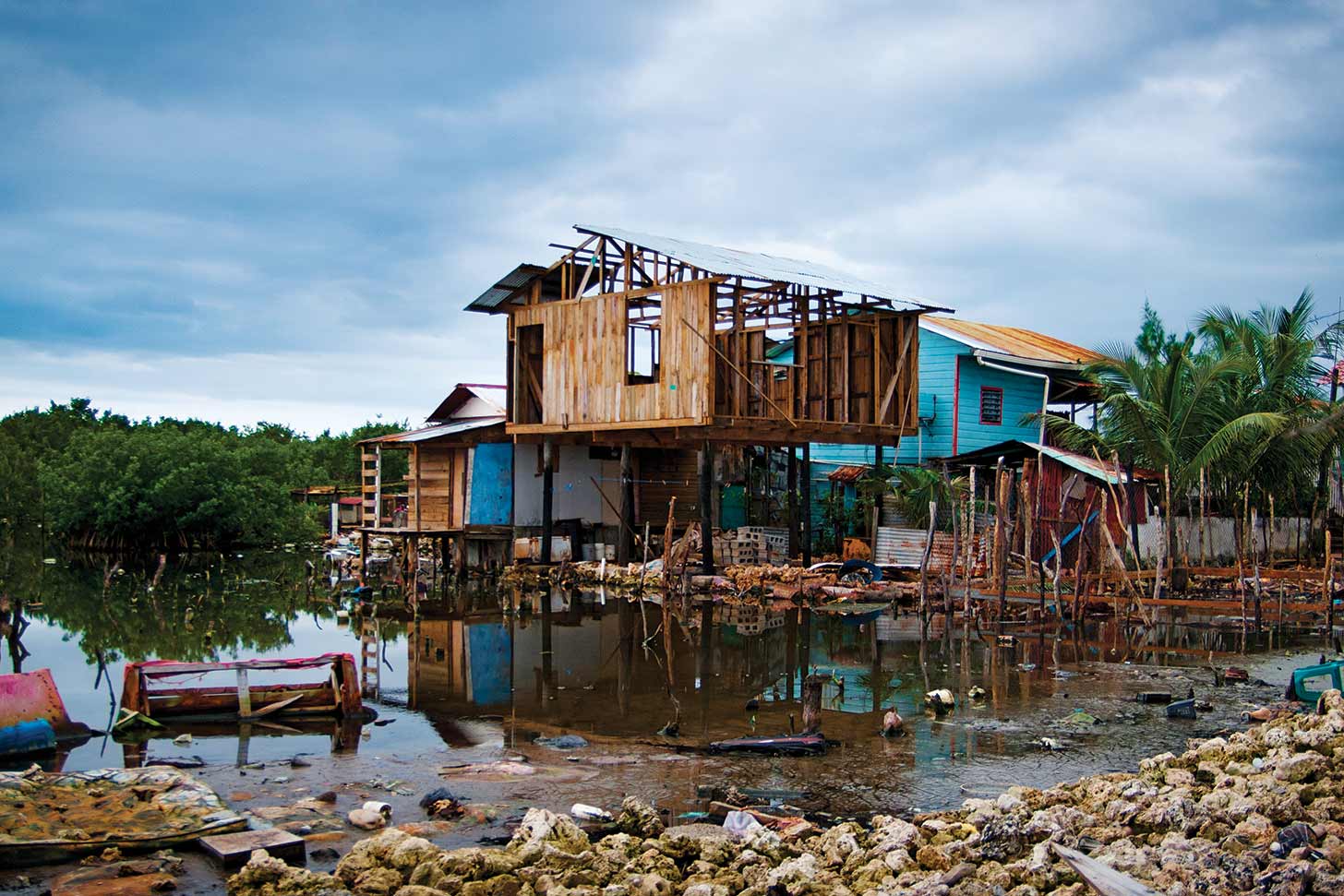 The majority of the food that’s consumed on the island arrives from the mainland in plastic packaging. Although Utila does have a recycling facility, it keeps arbitrary hours, so the locals are forced to either burn the garbage or, as is the case with larger items such as old household electronics, find an impromptu disposal area—usually in the mangroves.

Up until a few decades ago, three-quarters of Utila was covered in mangrove forests, vital for sustaining marine and terrestrial environments. One resident noted that 15 years ago, looking out his back door he would see only trees and animals. Since then, the entire forest behind his house has been cut down to create barrio Camponado, a lower-income housing district for the influx of migrants who arrived from the mainland to work in the hospitality industry.

Expansion of the tourism sector has slowed, forcing under-employed migrants further into the mangroves where land is cheaper and living conditions are horrid. The continued contamination of swamp water in Camponado places increased pressure on fragile ecosystems and threatens the very viability of the tourism industry.

It’s because of this mangrove loss and over-hunting that the swamper iguana was assessed as critically endangered in 2010 by the International Union for the Conservation of Nature. Honduran law has protected the species since 1994, when a hunting ban was put into place. Four years later, the Iguana Station was established to increase the number and stability of swampers in the wild. But like many Honduran NGOs, it struggles to meet basic operating costs and receives little government support. Today, the world’s only swampers live in the mangroves in a range of less than 10 square kilometres. 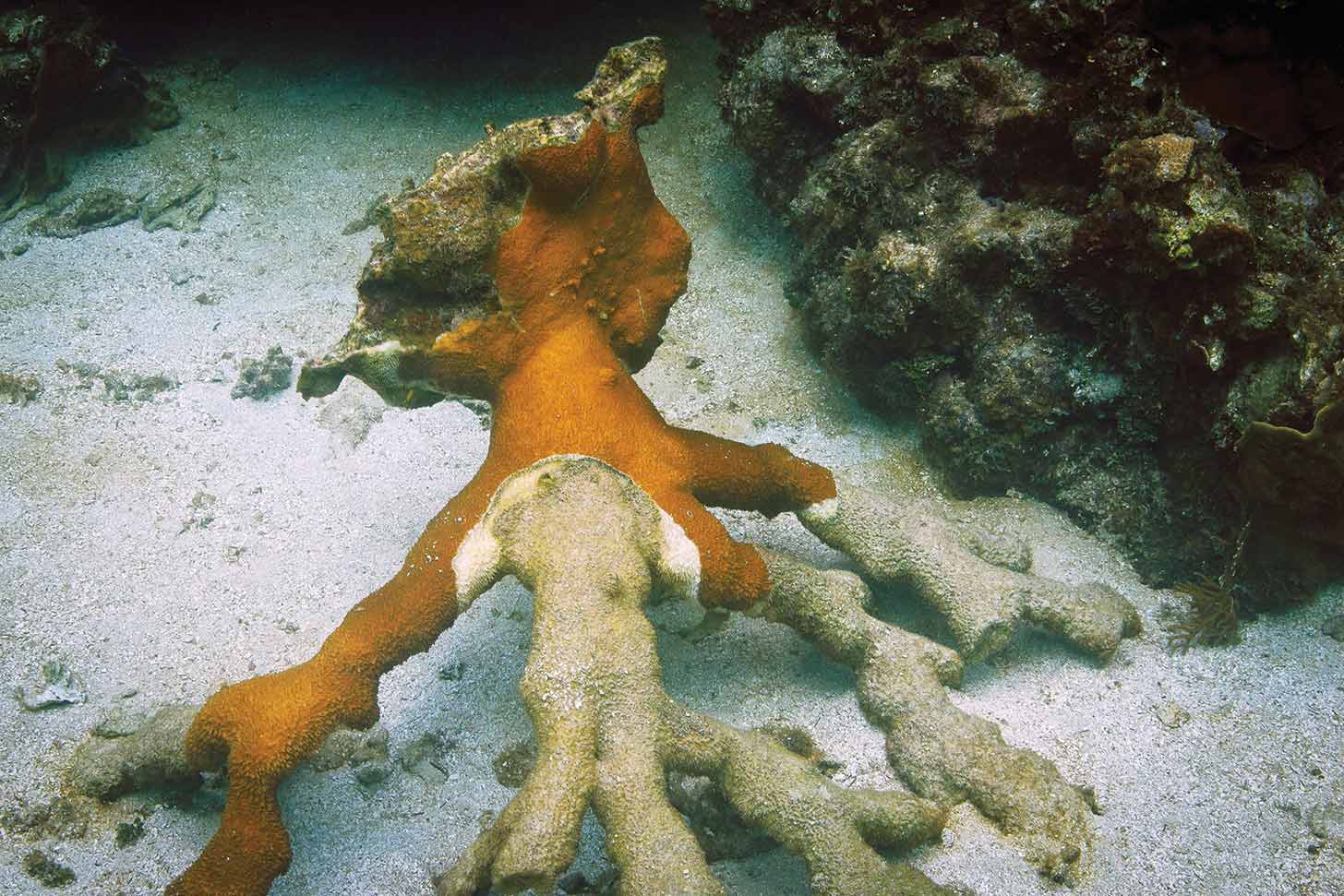 Utila has over 60 individual dive sites and more than a dozen dive shops that certify thousands of divers each year. As one of the cheapest places in the world to obtain a PADI Open Water Diver Certification, diving is a main draw for travellers.

However, most novice divers lack proper buoyancy control, which not only results in diver injuries, but also damages the fragile corals, including the elkhorn coral. Repeated damage makes corals more vulnerable to disease and can lead to the death of whole colonies. 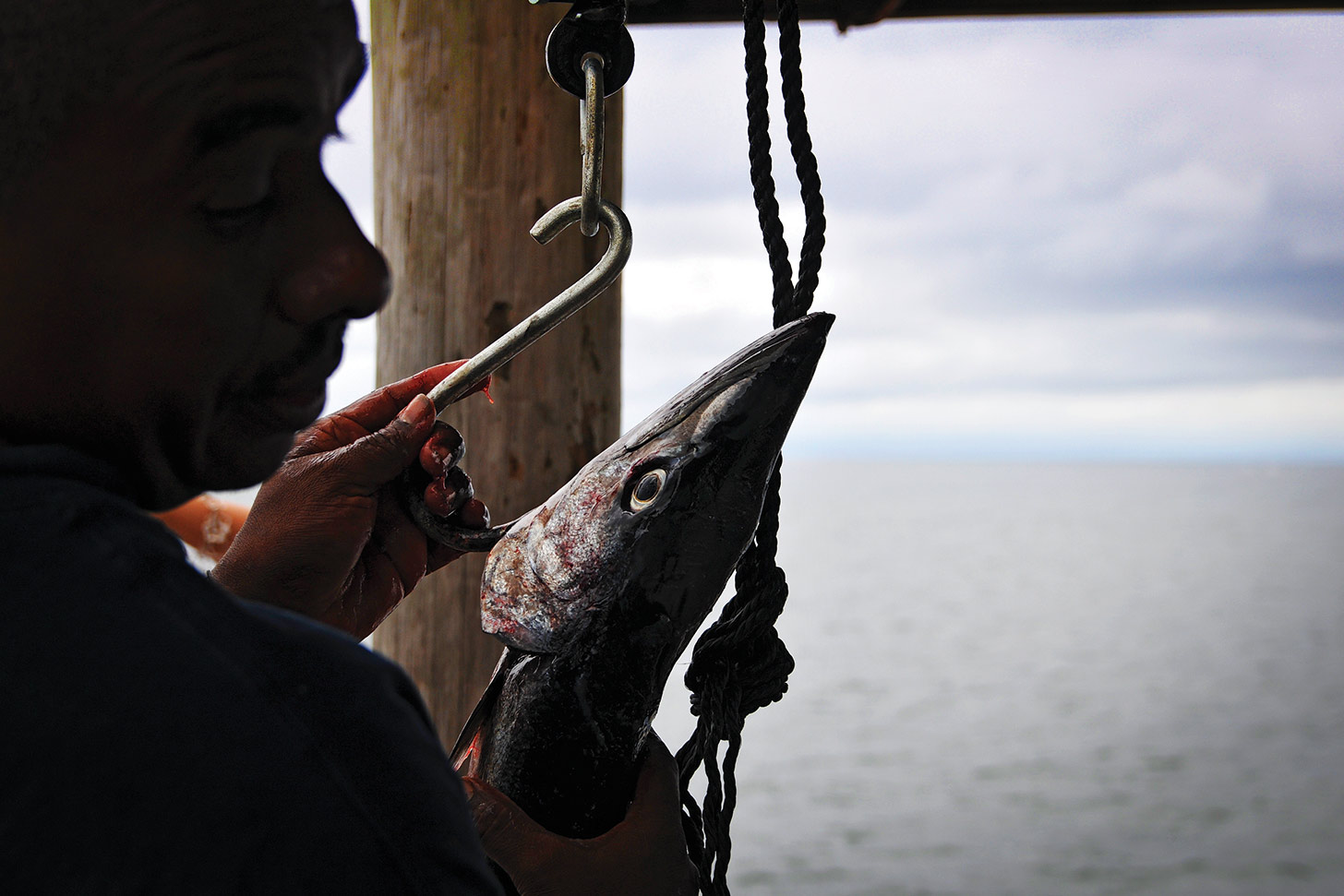 Further complicating the issue is the increased demand for seafood by restaurants catering to tourists. The reef is being over-fished and many people are also fishing in prohibited areas, indiscriminately catching everything they can. Although fishing regulations exist, there are simple ways of getting around them, as well as a lack of law enforcement. 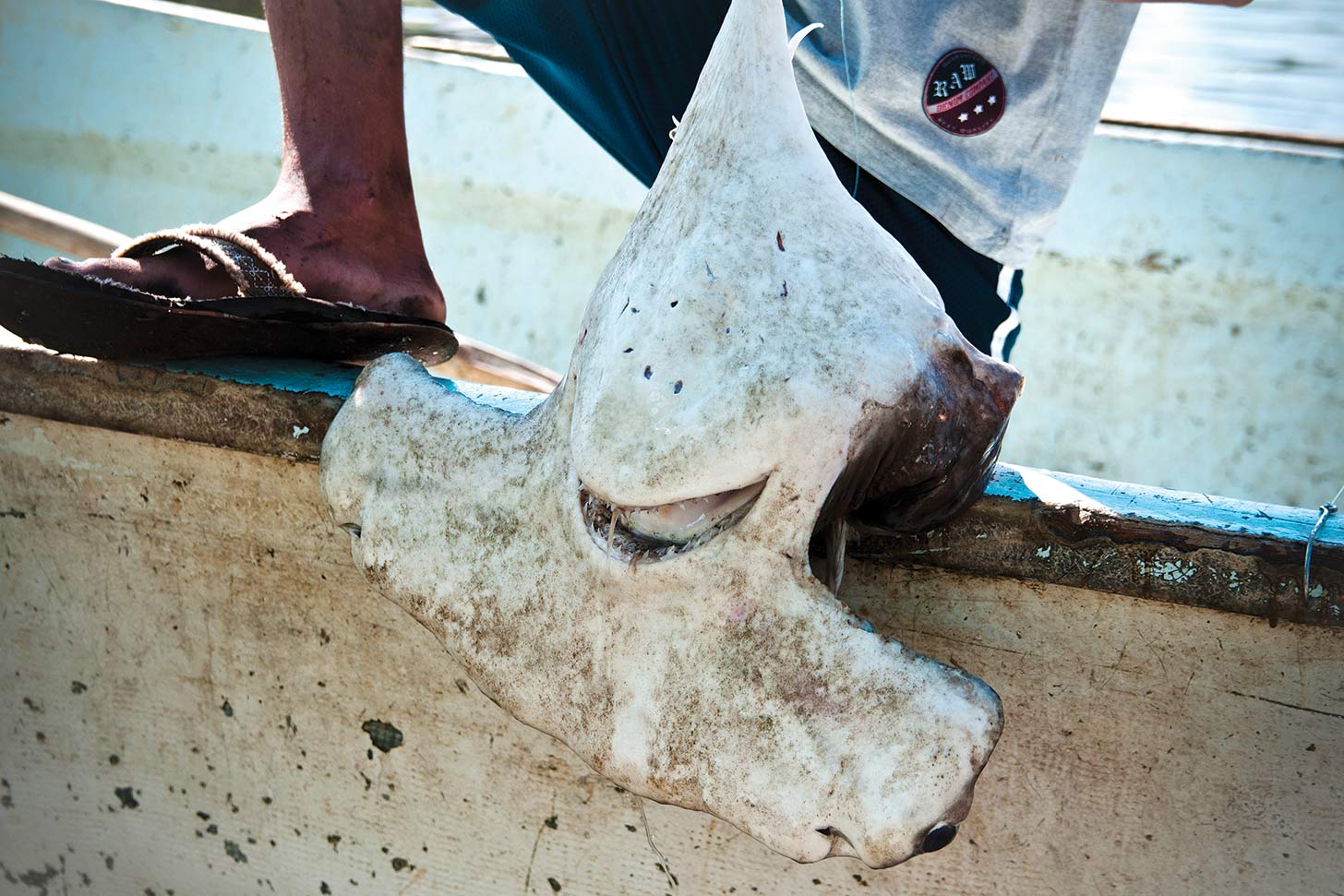 The only species that are entirely protected are queen conch and all shark species. The success of this law is hard to determine, however, as sharks are still caught throughout several communities in Honduras—the Utilian Cays being one of them. A local researcher has noted that sharks “don’t get a chance to get anywhere near the reefs before they’re fished out.” They are caught as by-catch, but also actively fished.

In contrast, the neighbouring island of Roatan offers custom shark-diving trips, widely advertised in tourist brochures. The year-round presence of whale sharks in Utilian waters is a main selling point for the island, and dozens of dive boats circle the island daily in hopes of finding one, so eager to see the animal that they run the risk of injuring it by disobeying whale shark protection laws. Many shark species have declined in population by 90 per cent or more in the last century alone, signalling an urgent need for conservation.

According to a local schoolteacher, unpalatable realities are kept from travel literature, further exacerbating established problems. “We only teach [the tourists] about the beautiful parts, but the parts that we don’t take care of, we don’t teach them,” he said. “But they need to see this type of information, so they can get a good idea about what Utila is. It is a paradise, but this is not the [day-to-day] reality.”

Reduce your waste: Bring a reusable canvas grocery bag, stick to the same drinking cup during a night out, and purchase a large jug of filtered water as opposed to 10 smaller ones.

Learn more about Utila’s mangroves: Head up to the Iguana Station NGO, where you can get a volunteer-led tour of the property as well as in-depth information about Utila’s ecosystems. The tours cost less than five dollars, and there’s a small selection of souvenirs to offset some of the operating costs.

Volunteer your time: The Iguana Station and the Bay Islands Conservation Association offer volunteer opportunities that range from teaching art activities to the local kids to feeding iguanas. The costs are affordable and include the price of staying in the dorm as well as use of facilities.

Dive responsibly: Ask your dive shop about reef clean-ups and other similar initiatives, or attend the Whale Shark and Oceanic Research Centre’s educational presentations. There, you can learn more about “Big Tom”—a name originally given to a legendary barnacle-encrusted whale shark that’s now used to refer to all whale sharks.

Select your meals with care: Utila Centre for Marine Ecology produces a Responsible Seafood Guide, which is downloadable online. If you notice that a species from the do-not-eat list also appears on the menu of a restaurant you are dining in, let the owners know why it matters to you. Small steps will eventually lead to big change in attitudes. 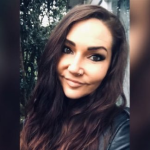 Originally from Croatia, Maja Zonjic is a documentary photographer, filmmaker and researcher. With Master of Fine Arts in Documentary Media, her art and research focus on the impact of globalization on marine-based economies. See postcards-from-utila.com for more information.