You are here: Home/ Articles/ Beyond the Guidebook/ Backgrounder: Afghanistan 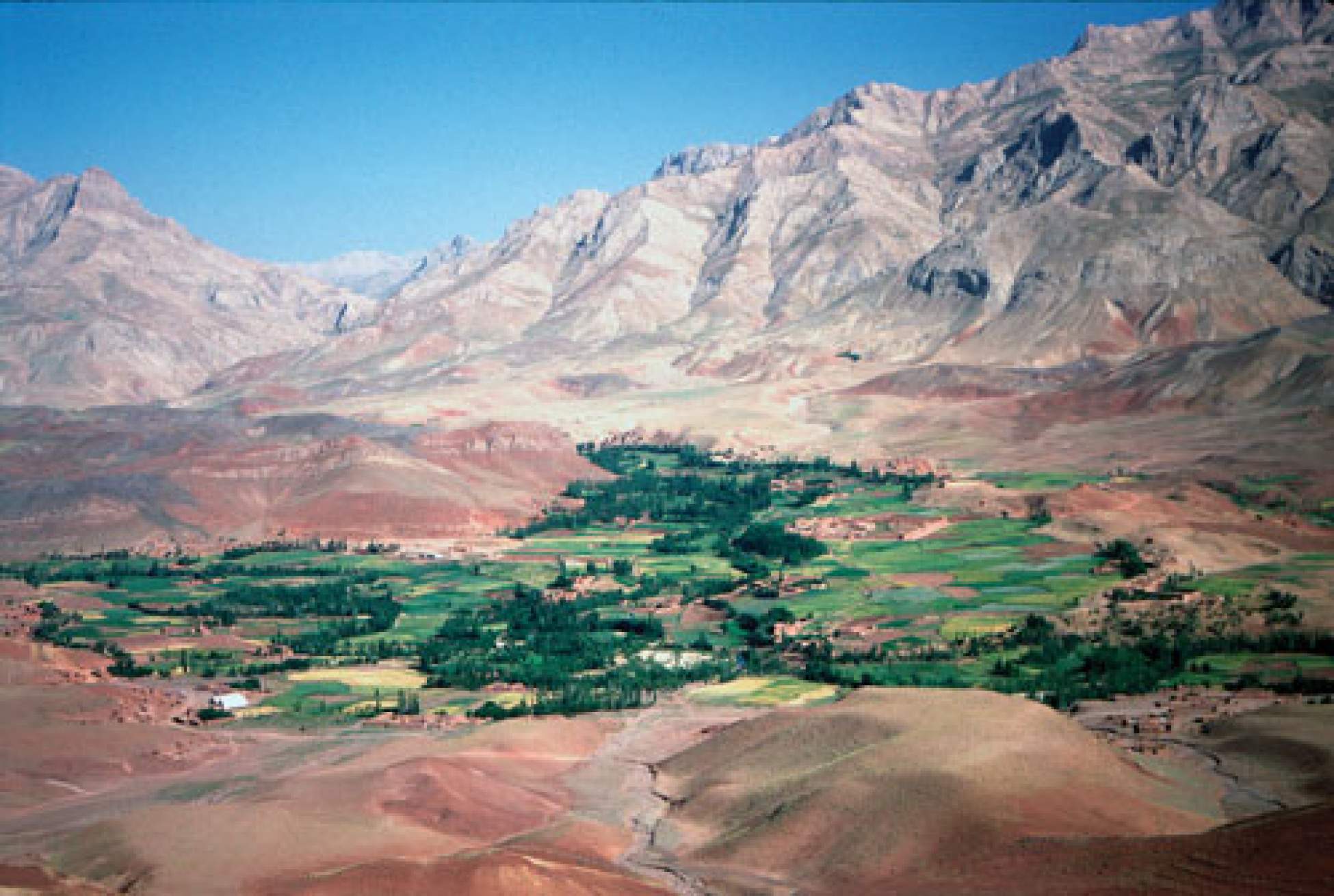 Beyond the bombings: a glimpse of Afghanistan's recent and not-so-recent history.

Afghanistan is a landlocked country slightly larger than Saskatchewan but a whole lot more rugged. The Central Highlands region, dominated by the Hindu Kush mountain range, occupies most of the country. The climate there is dry, winters are cold and summers are hot.

Afghanistan's checkered past is largely a result of its location at the crossroads of so many different civilizations. Arabs first invaded and occupied most of the region in the 6th century, and Islam became the main religion. In the 12th century, Genghis Khan's marauding armies killed off great swaths of the population, destroyed cities and established Mongol rule.

What followed was hundreds of years of power struggles between different ethnic groups trying to exert control. In the mid-18th century, the native Durrani Pashtuns seized control of most of what is present-day Afghanistan. The monarchy founded by the first King of the Durrani empire, Ahmad Shah Durrani, consolidated all the regions and tribes of Afghanistan.

Durrani's successors ruled the country right up until 1973, when the Afghan Communist Party overthrew them. The government's new leader, Daoud Khan tried to initiate economic and social reforms with little success. His government was in turn overthrown in a bloody coup initiated by the People's Democratic Party of Afghanistan, backed by the Soviet Union.

Many Afghans did not accept the socialist-communist agenda of the PDPA. An opposition movement began to grow and Muslim warriors, known as Mujahedeen, rose up against the government. In 1979, Soviet troops moved into Afghanistan to quell the uprising and help install a new government. In the face of foreign meddling, the rebellion grew stronger. The Soviet war in Afghanistan lasted for nine years. Millions of Afghans fled to neighbouring Pakistan and Iran, and hundreds of thousands of civilians and combatants were killed.

Afghanistan's checkered past is largely a result of its location at the crossroads of so many different civilizations.

After the Soviet withdrawal in 1989, various factions tried to join together to form a government, but with the absence of a common enemy, a pattern of infighting developed between the warlords. Out of the chaos arose the Taliban, a militant movement led by former religious scholars. The Taliban gathered support within Afghanistan and also from foreigners who believed in their vision of a fundamentalist Islamic state. By 1998, the Taliban controlled 90 per cent of the country.

The Taliban implemented a form of Islamic law, or Shari'ah that severely limited the freedoms of those under their power. Women's freedoms, in particular were greatly diminished. Punishments for breaking Islamic laws included amputations and death by stoning. The Taliban, also came down hard on minorities living in Afghanistan. Meanwhile, the fighting between the Taliban and the opposition Northern Alliance, in what had become the most heavily landmined nation in the world, continued like a bad habit.

In 1998, the United Nations demanded that the Taliban cease providing shelter and support for international terrorists, including Osama bin Laden. Bin Laden had already been indicted by the United States for his role in the bombing of US embassies in Kenya and Tanzania that summer.

Then, in 2001, bin Laden and his suicidal Al-Qaeda henchmen decided to take out their frustrations on whoever happened to be working a world away in the World Trade Centre office towers of New York City. After the attacks, the US condemned the Taliban for providing shelter for Bin Laden and allowing him to operate in their country. A month later, a massive international invasion force led by the US military destroyed the Taliban government and took over Afghanistan.

Since the invasion, the international community has dumped billions into rebuilding the country's ruined infrastructure, but corruption and continued unrest has hampered the reconstruction effort. In October 2004, Hamid Karzai was voted into power after Afghanistan's first ever democratic election, unifying the country on paper, but not in reality. The Karzai-led national assembly effectively governs the city of Kabul, which has been heavily protected by NATO's International Security Assistance Force (ISAF). Bringing the outlying regions under control is proving much more difficult.

In March, a Canadian force of 2,200 troops took over the lead role in a mission to root out Taliban and Al-Qaeda warriors operating in the southern parts of the country around Kandahar, where the number of attacks by insurgants has markedly increased since last fall.

This year (2006), leaders from 70 countries met in London, England to draft the Afghanistan Compact, a road map for establishing security, governance, the rule of law, human rights and economic and social development in the country over the next five years. The nations agreed to back up their plan with a further $10.5 billion in aid.

Progress is being made in Afghanistan, but it's slow. There's a growing realization that if another September 11 scenario is to be avoided and Afghanistan is to ever find its feet, Canada and the rest of the countries with troops and support staff on the ground will have to stay a lot longer than they already have.