You are here: Home/ Articles/ Beyond the Guidebook/ Backgrounder: Aceh 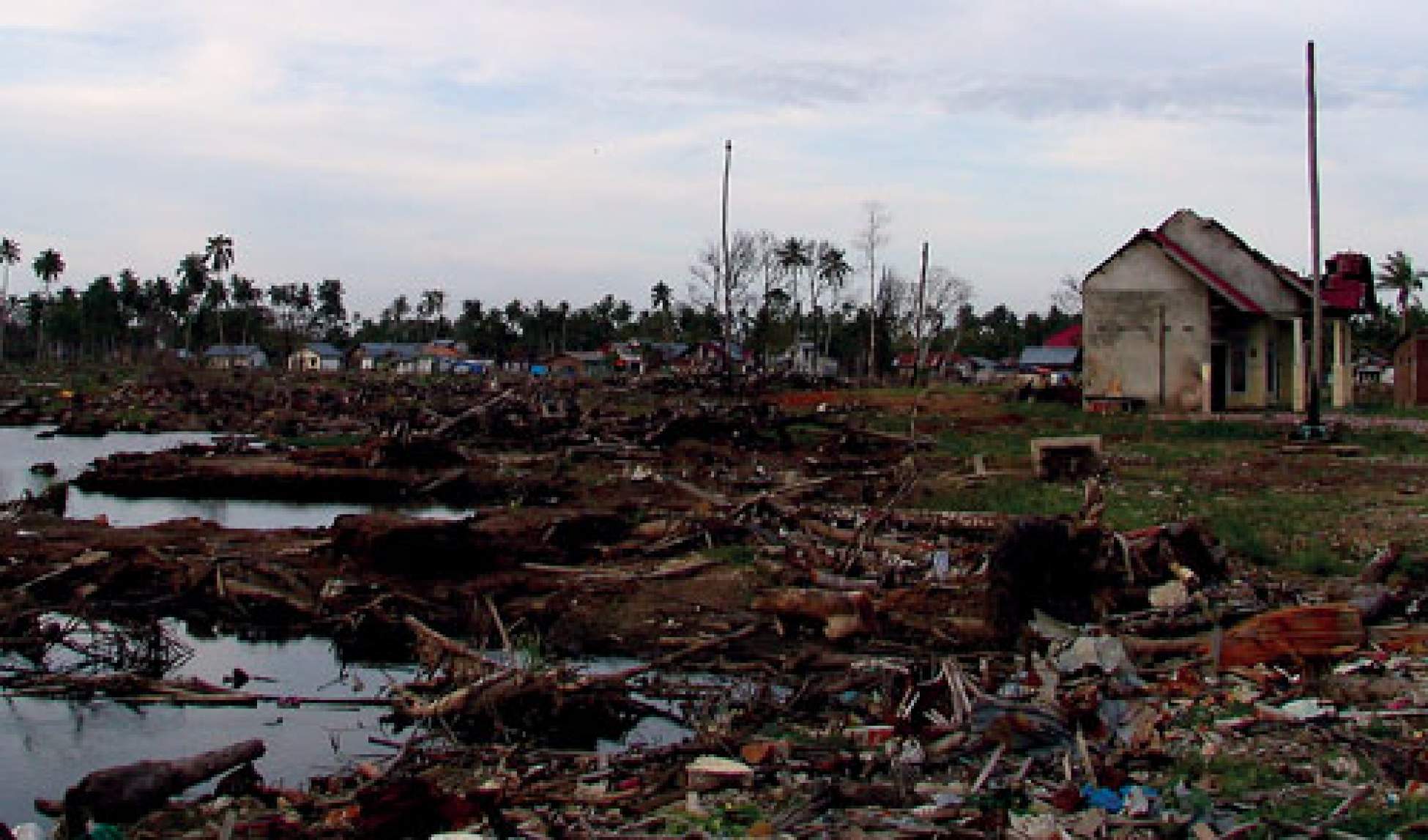 This province of Indonesia felt the impact of the 2004 tsunami more than anywhere else on the planet. The good news? It has helped to wage peace in this war-torn region.

Aceh was the closest landmass to the epicenter of the 2004 Boxing Day earthquake that set off the Indian Ocean Tsunami. As a result, much of the low-lying area of the province was destroyed, including large sections of the capital city of Banda Aceh. The tallies of the dead vary, but the official number given out by the Indonesian government of people killed in the disaster in Aceh is 133, 000 with another 37,000 still missing. As well, over half a million people were displaced when whole villages and towns were wiped from the face of the earth. Almost a year later, many of the displaced are still living in either tents or temporary shelters, this in spite of a massive international reconstruction effort.

To complicate things further, Aceh is not a peaceful place. Ongoing tension in the region has made getting aid to survivors of the Tsunami particularly dangerous and complicated, The province has a history of being fiercely independent, and a civil war has been brewing over the past few decades between the Acehnese rebel force, known as the GAM, and Indonesian government forces. So far, the conflict has claimed an estimated 15,000 lives.

Fortunately, there is now hope for peace in Aceh. The latest peace agreement was signed between rebel leaders and the Indonesian government this past summer. Although it's not the first time the two sides have tried to end the fighting, experts on the conflict are cautiously optimistic this time around.

One of the main motives behind the conflict was control of Aceh's natural resources, including its vast reserves of oil and gas, but there are also marked social and political divisions between Aceh and the rest of Indonesia. For one thing, the region is more religiously conservative than the rest of Indonesia. Islamic traditions and laws are given much more weight there than in the rest of the country.

After achieving independence from the Dutch in 1949, Indonesia immediately set out to annex Aceh, but the Acehnese saw this as a blatant land grab by the government in Jakarta. They argued that Aceh was a separate kingdom that had never fallen completely under European rule and so was not a part of the Republic of Indonesia.

In 1959, Aceh was awarded the status of a "special province, giving it more political autonomy, but when Suharto came to power in the 1960s and started pushing his nationalistic New Order regime, the Acehnese again began to rally for independence.

In 1976, Acehnese rebel leader, Hasan di Toro, a descendent of the last Acehnese sultan, declared Aceh an independent nation. The Indonesian government would have none of it, and within a year, they had brought the burgeoning rebel movement under control. Over the next two decades, however, the Acehnese rebel force grew in strength and the independence movement began to achieve popular support among the citizenry.

The end of Suharto's rule brought new hope for a peace agreement between both sides, and in 2002, it looked like a deal had been struck. But the talks broke down and the Indonesian government instead sent thousands of troops into Aceh and established Martial law.

A Human Rights Watch report claims the Indonesian military committed widespread abuses against the Acehnese people during the ensuing invasion and occupation. More than 100,000 civilians were displaced and many were executed by government soldiers. As well, no foreigners were allowed into the region, so it was very difficult for observers to get a good picture of what was going on.

Everything changed with the tsunami and the ensuing arrival of hundreds of relief workers from around the world eager to help rebuild the province. The world's focus on the region and the desire to get on with the reconstruction led to yet another round of peace talks and finally the signing of a Memorandum of Understanding in August, 2005.

The agreement provides amnesty for members of the GAM and gives the region limited self-government and control over 70 percent of the revenue from the province's mineral wealth, including oil and natural gas.

In September, the rebel forces handed in their first batch of weapons and the Indonesian government withdrew 6,000 troops. The European Union and five Southeast Asian countries have sent 250 observers to help stabilize the region, but so far, sporadic fighting has continued.

Bakhtiar Abdullah, one of the main exiled leaders of the GAM returned to Aceh in October. He told reporters that the peace process was going much more smoothly than he had expected. Gam leaders Malik Mahmood, Zaini Abdullah and Gam founder Hasan di Tiro remain in exile in Sweden.