You are here: Home/ Articles/ Beyond the Guidebook/ Adventurers for Good 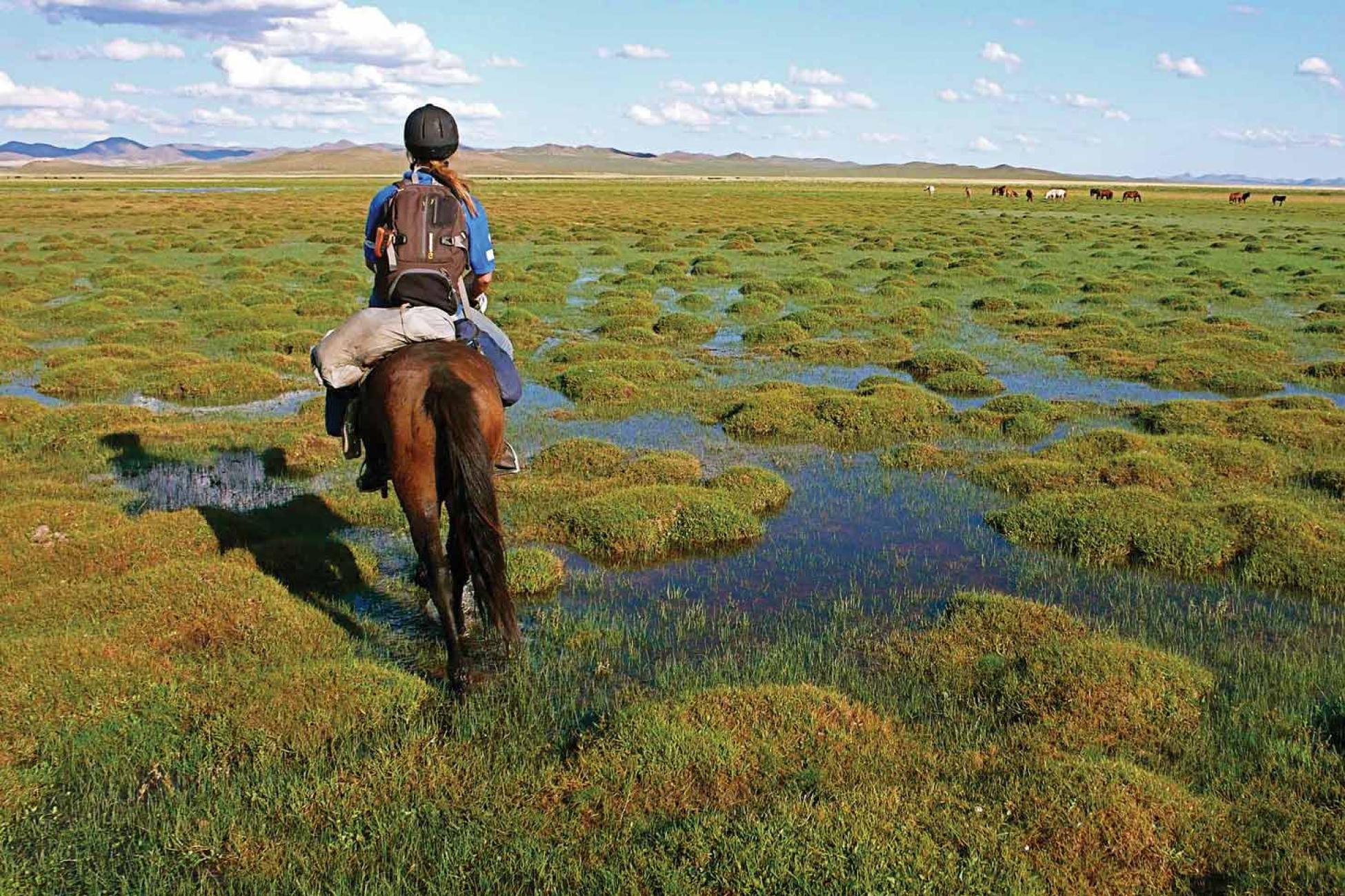 Charlotte Davidson rode across the Mongolian steppe--and rasied money for charity in the process.
By  Ants Bolingbroke-Kent

If you’re preparing to cross the desert on horseback or conquer the ocean by kayak, there’s no better time to fundraise for charity. Here’s how to make the most of your adventure by raising the most money.

Fundraising through the medium of adventure has never been a more competitive business. Not only is the world recovering from an economic downturn, but the recession has fuelled a movement of people who want to escape and do something meaningful with their lives. And whether it’s sledging across the Arctic, cycling over the Himalayas or driving an ambulance to Mongolia, nearly all of them are raising money for worthwhile causes.

In such a climate, how can prospective fundraisers stand out from the clamouring masses?

Choose a cause that you can become an ambassador for.

Before you event start fundraising, you need to decide what charity you’re going to support. By choosing something of personal significance, not only will you be more passionate about raising funds—people will be more inclined to donate.

In 2009, a team of three recent university graduates raised a whopping $90,000 to participate in The Adventurists Mongol Rally. Their chosen beneficiary was a UK-based multiple sclerosis charity and it was the personal nature of the cause that gave them the drive to raise such an impressive sum. “Our motivation started when my close sister was diagnosed two years previous to the event,” says team member Arthur Forbes. “Having such a personal reason to raise the money was a huge incentive to our efforts.”

Once you’ve chosen your charity, find out exactly how they work and how their money is used; the more you know about their projects, the better. And don’t forget that charities are professional fundraisers—if you enlist their expertise, your coffers will fill all the more quickly.

Personalizing your campaign is absolutely key to your success. Cold-calling companies, firing off blanket “Dear All” emails and sending a mass of bland, impersonal letters won’t get you anywhere.

Charlotte Davidson, a 26-year-old from London, took part in the Mongol Derby, a grueling 1,000-kilometre horse race across the Mongolian steppe, in order to raise money for London’s Royal Marsden Cancer Hospital in 2009. Davidson dedicated several days to writing personalized letters to hundreds of people she knew. “I explained what I was doing, why I was doing it and the fact that all of the money raised was going directly to the charity, rather than funding my adventure,” she says. By taking the time to appeal to her friends and acquaintances individually, rather than whipping off a generic email, people had a sense of personal involvement and as a result, she raised an impressive $24,000.

Pull out all the stops.

Fundraising is no different to any other sales campaign. Success is directly proportional to the amount of effort put in, and the more innovative your efforts are, the more money you will raise.

Sumana Rajarethnam perfectly demonstrated this when he raised $56,000 for Frank Water, a charity that builds safe water supplies for communities in developing countries. Not only was the basic premise of driving a tiny vehicle 5,000 km across India in the Rickshaw Run an attractive fundraising tool, his team also came up with a unique method of netting donations. Disappointed by the lack of response from cold-calling local companies, they instead took their efforts to a grassroots level, baking hundreds of pies and giving them away outside shopping centres.

“We didn’t put a price on the pies,” explains Rajarethnam, “we just told people what we were doing, gave them our website and asked them to make a donation for the pie.” Through selling pies alone, the team raised $20,000. Using Facebook and their personal networks, their other stunts included getting people to sponsor them to eat buckets of mayonnaise and tubs of soy sauce.

Harness the power of the media.

Local press are always hankering after unusual stories and a strong campaign could rapidly earn you followers, and more importantly, donations. In the same vein, celebrity endorsement will aid and abet your cause. Research which personalities support your cause and write to their agent asking if they will endorse you in some way. This could be anything from a quote for your website to a talk at a charity dinner.

British adventurer Alastair Humphreys, who has been named one of National Geographic’s Adventurers of the Year 2012, has raised $150,000 through his adventures. However, he doesn't find the trips themselves the most effective way of raising cash. “Doing big trips is hard because everyone forgets about you when you are away,” he explains.

Instead, Humphreys puts on “A Night of Adventure,” a series of events where well-known adventurers and explorers speak about their experiences to a paying audience. Humphreys says that the “star appeal” of these events not only exposes people to charitable causes, but also offers attendees “something decent in return for their money.” And, of course, it doesn’t hurt that the local press always covers the events.

Remember that ambition is everything.

Ultimately, there really is no secret elixir to the art of fundraising. With the right approach, a large dose of gumption and unwavering determination, there’s no reason why you shouldn’t be able to raise buckets of cash for your chosen charity. And don’t forget to thank the people who donate; if it weren’t for their generosity your campaign would never get anywhere.