In the polar bear capital of the world, volunteers get a glimpse of the frontlines of climate change.

I was on a two-day train ride north. As the train ploughed across snow-laden tracks and the trees outside began to thin and disappear, my American seatmate and I tried to figure out the conversion from Celsius to Fahrenheit. By the time we reached Churchill, the point had become moot: It was 40 below, the same by either measure.

Churchill, Manitoba is further north than many Canadians will venture in their lifetime. Lying just beyond the 58th parallel, it's uniquely located on the edge of both boreal forest and Arctic tundra habitats.

However, in the last few decades, it has become a hub of eco-tourism, attracting more than 10,000 visitors each year. In winter months, tourists come to see the northern lights; in summer, they arrive to kayak with the beluga whales that fill the river in their hundreds. The showstoppers, of course, are the polar bears that appear every October and November, in close proximity to town. They gather to wait for the ice of nearby Hudson Bay to freeze over so they can head out to hunt for seals.

It had long been a bucket list item of mine to see the northern lights or aurora borealis. But with a price tag of $2,000 a week, the trip felt out of my grasp—until I learned that I could volunteer at the Churchill Northern Studies Centre (CNSC).

A non-profit, the CNSC serves many functions, including hosting researchers and running week-long “learning vacations.” Its volunteer program allows visitors to exchange their time (mainly dishwashing) for free room and board, and participation in daily lectures and activities.

Volunteering would allow me to stay a full four weeks, making for a more immersive experience and—I hoped—more chances to see the lights. While I expected to learn about astronomy, what I didn’t bargain for was an eye-opening lesson in the environmental challenges unique to northern Canada.

Challenges of environmentalism in the north

Winter starts early in Churchill. Snow cover can last over eight months, with windchill temperatures dropping as low as -50 Celsius. It might seem inhospitable at first glance, but it’s a region full of life and it’s integral to the wellbeing of our planet.

In the far north, the effects of climate change are being felt more acutely than in other areas of Canada.

In the far north, the effects of climate change are being felt more acutely than in other areas of Canada. For example, Hudson Bay—which freezes over every year in November—has frozen an average of one day later every year for the past 30 years. It is now freezing a full month later than it once did, meaning another month of fasting for the bears as they wait for the water to freeze, and another month that freight ships can utilize the bay.

But there are also unique challenges to environmentalism in the far north. Due to Churchill's isolation, bringing anything in—from new vehicles to basic groceries—or taking anything out can be cost-prohibitive. For this reason, there is no recycling program and due to the town's significant polar bear population, garbage must be managed carefully in costly, guarded facilities. Objects and even buildings that no longer serve any purpose—including an experimental rocket range last operated in the ‘80s—remain eerily vacant. Once things come to Churchill, they never really leave.

Yet, things are repurposed and made useful, again and again—and the community is making strides towards protecting its ecosystem. One example of this is the CNSC building. Built in 2011, the centre is fully LEED-certificated. It features composting toilets, slanted walls to keep the building cool in summertime, and a ground-breaking hydroponic unit that is being used to grow fresh produce for the town’s residents.

Though initially designed to LEED Gold standards, it lost a point for not adding landscaping, despite the building lying on the edge of a desert tundra that’s covered in snow for most of the year. It did get one point adding for having a bike rack; just in case any employees wanted to bike the 23km to town during the few weeks of summer, dodging polar bears as they pedalled.

Even outside of bear season, you never know what you may run into around Churchill. Two Arctic fox researchers I met during my stay had to chase a hungry mama bear and cubs away from their remote research cabin—only for the bears to chow down on their snowmobile seats. Whenever visitors venture outside of the centre to gaze at the aurora, they are warned not to stray too far, and to never go out alone.

On the front lines of climate change

The CNSC isn’t the only way to volunteer in Churchill. Volunteers can help citizen science group Earthwatch collect data on yearly variables, including the depth and density of the snowpack; tree and shrub growth; and weather metrics. With mosquitos and extreme temperatures to contend with, it’s not easy work—but it’s immensely important, as it allows scientists to observe long-term shifts and make inferences on what’s to come.

One of its findings is that the warming climate and reduced snow and ice cover are allowing the treeline to creep northward. Although more vegetation may sound like a good thing, it’s actually causing more harm than good.

“As the darker vegetation replaces the light reflective snow and ice, less heat is reflected back into the atmosphere and more heat is absorbed into the earth,” explains Stan Rullman, research director of Earthwatch. The permafrost layer, meant to be perpetually frozen, is starting to melt. This releases methane gas trapped beneath, which can also contribute to warming patterns.

“This positive feedback loop is speeding up the negative effects of climate change in a region sensitive to these impacts, yet at the same time, so critical to maintaining planetary thermal stability,” says Rullman.

The impacts of climate change can be visibly seen here, in one of the ecosystems hit hardest by warming trends around the world, And the importance of it cannot be undermined—for the sanctity of our planet, we need to do more to sustain the north.

During my month in Churchill, I saw the lights many times and they were out-of-this-world indescribable. I also learned more than I could have imagined about the region; about the toughness it takes to survive up there and the impressive environmental efforts working to protect the intense, beautiful world of Canada’s far north.

How to Volunteer in Churchill

Want to help protect the north or volunteer in Churchill? Check out these organizations.

Volunteers with the CNSC play a vital role in supporting the non-profit centre. By doing dishes and other tasks, you’ll be helping scientists and staff to focus on what matters most: protecting northern ecosystems. In exchange for 36 hours of work a week, you’ll receive free room and board. During your stay, you’ll also be encouraged to take part in the centre’s educational activities and lectures where the schedule permits.

Getting a placement during polar bear season can be competitive, but there are often spots open for the wintertime northern lights season, as well as for summer programs. Volunteers must be 19 years of age, fluent in English, able to commit to between four and six weeks, and able to cover their own transportation to Churchill. More info: churchillscience.ca/about/volunteers

In both the lab and field, Earthwatch volunteers work directly with scientists to collect data on environmental variables such as snowpack depth and density, and tree and shrub growth. This long-term data enables scientists to assess impacts over time.

The 11-day program costs $3,695. As of publication, all Earthwatch programs are on hiatus until August 31, 2021 due to COVID-19. More info: earthwatch.org/expeditions/climate-change-at-the-arctics-edge 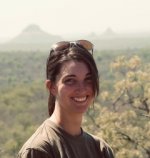