How to Teach English in Japan

The demand for English teachers in Japan is on the rise. Here is how to get started.

My first foray into the world of ESL teaching came in the form of Tokyo, where I spent the guts of two years in the industry. Yet I must admit, it was the country that drew me in first; the occupation second. The idea of foggy pine forests and ancient traditions clashing with futuristic consumer technology, speeding bullet trains and dense urban sprawls was too hard to resist.

It was only later that I found that teaching in Japan had its own inherent virtues too. For one, it was a great way to interact with locals in a more meaningful way, particularly adult students, from whom I immediately commanded respect. Japanese society may dictate such levels of flattery, but it never felt disingenuous. And of course, I was in Japan. At times, that in itself felt worth celebrating.

Japan was fast becoming one of the world's leading tourist destinations—projecting 40 million arrivals in 2020, before COVID-19 threw a viral spanner in the works. As the host of the 2019 Rugby World Cup and the 2021 Olympics, the rush of expats and foreign workers has increased exponentially too, creating cosmopolitan bubbles in the nation’s major cities.

The demand for native-speaking English teachers in Japan has never been more pressing.

The need for ESL teachers is also on the rise. The Japanese government is pushing to raise the average level of English nationwide, and in 2020 English became mandatory for fifth and sixth graders for the first time. The fact that children’s opportunities multiple if they speak English—even within Japan—has not been lost on the powers that be. In light of that, the demand for native-speaking English teachers has never been more pressing.

Ready to start your own career in the Land of the Rising Sun? Here’s how.

Getting your work visa for Japan

For the majority of full-time teaching jobs, Japan has a strict policy on obtaining your work visa before you enter the country. In order to do this, you must first obtain a Certificate of Eligibility from the Ministry of Justice. This might sound a little Orwellian, but the company that (hopefully) hires you from abroad will usually sort it out on your behalf; your end of the bargain consists of signing on dotted lines and a quick visit to your local Japanese consulate.

There are several varieties of visas for English teachers, which depend on the type of English teaching job you opt for:

• Specialist in Humanities: For applicants who want to teach at an eikaiwa (English conversation school).

• ALT Instructor Visa: For applicants who want to teach in public schools.

• Working Holiday Visa: Available to Canadian citizens between the ages of 18 and 30, working holiday visas are good for limited teaching opportunities.

How to find a job

Compared with teaching English in other countries, one thing that sets Japan apart is is that a TEFL or TESOL certification is usually not required. A university degree, however, usually is.

Just remember, while having relevant ESL experience may help your application, it’s by no means a prerequisite. This leaves you with a deluge of teaching options. Didn’t land your first interview? Don’t worry, there are plenty more fish in the sea. (You can also sign-up for this newsletter, which lists job opportunities.)

However, with ESL salaries being fairly humble, teaching in Japan ultimately hinges upon two things: Where do you want to teach and what kind of students?

Teaching at an eikaiwa

If you want to teach at an eikaiwa, you’ll have to apply from outside Japan and undergo an overseas recruitment process with the company in question.

My first teaching job was with ECC, which operates schools in Kanto, Kansai and Chubu, with limited opportunities in rural Japan. A truncated version of the process was as such: Apply online with your resume and a cover letter outlining why you want to live and teach in Japan. The next step was an interview and recruitment session on one of their allotted recruitment days (for me it was in Sydney where I was living at the time) during which you have to give a teaching demo. If you’re successful here, you’re in. Pretty simple.

As my recruiter stated on the day, they want people who have some teaching potential (not experience) and show a desire to teach kids and adults. Those who are familiar with living away from home are also more likely to be considered. Aeon, Shane English School and NOVA are other notable players in the eikaiwa industry.

Most of the big eikaiwa will place you in or near a big city. In many ways, this is easier for first-timers, as things are a little more familiar from the outset and English support is more abundant. Plus, you will get to teach a variety of classes and lessons: one-to-one, adults studying for business, junior high school students, toddlers, elementary school kids. If nothing else, this can help prevent stagnation. But naturally, you will probably feel more inclined toward a certain subset of students. Personally, I found the kids drove me nuts; others love feeding off that palpable energy. With adults, I felt much more within my comfort zone.

The JET (Japan Exchange and Teaching) Programme is equally popular with first-time teachers, especially those who want to live in the country’s rural reaches: Mie, Ibaraki, Miyagi and Aomori. Placing thousands of foreign teachers each year, this cultural exchange program is run through the Japanese Government, which allows participants to teach English in public high schools and elementary schools for a year. There is a formal application process that begins each fall, culminating in brief interviews at Japanese consulates the following spring. Contact your local Japanese Embassy or Consulate of Japan for full details.

With JET, there will be some diversity in your student base, but not to the same degree as at an eikaiwa. The typical salary range is around $30,000 USD.

“It’s not an exceptional salary from an American standpoint, but it’s much higher than most entry-level positions in Japan,” says Omar, who worked in Hirosaki City with JET.

ALTs, like JET teachers, teach exclusively in junior high and high schools as classroom English language assistants. ALTs can be placed in the major cities, or the countryside, depending on school demands. The recruitment process follows a familiar blueprint to JET.

Parent companies will send recruiters to the US and Canada for in-person interviews. Participants who pass said interviews (possibly including a brief teaching demo) will receive an offer as well as their Certificate of Eligibility before departing for Japan. Recruitment via virtual channels is also possible, through interviews in English via a video platform such as Skype. The typical salary is in the range of $25,000 USD per year.

“I feel like this job is one of the best ways for a newcomer to learn about Japanese culture,” says Loretta, who’s currently plying her trade in Narita. “It’s very rewarding.”

Notes on Practicalities of Teaching in Japan

There is usually a degree of autonomy built into ESL teaching roles in Japan. Yet, I found with autonomy comes great responsibility, especially with the kids. Japanese children are often thought of as super-obedient, but don’t let this fool you into a false sense of security.

In an eikaiwa you teach kids on the floor, with everyone sitting on cushions. This combined with games—of which there will be a prop-filled torrent—can facilitate mayhem, so you’ll need to be on your toes. Ultimately, if you’re new to the job, your first few weeks can feel like you’ve been thrown to the wolves, regardless of how much training you have been through. But there’s no better way to learn than in the trenches themselves.

For support, it may help to connect with other teachers, such as on the Tokyo Expat Network Facebook group.

Japan’s corporate policy and labour laws can feel a little antiquated at times. There can be communication issues between teachers and their employers, so it best to factor this into account. However, as an English teacher, you often avoid the excessive working hours that are expected of locals.

“[With JET] I was also never expected to participate in Japanese work culture, which meant I went home at the end of my workday and received proper compensation for any and all overtime,” says Omar.

Loretta had a similar experience. “Working every day in a Japanese workplace—without the same crippling expectations placed on Japanese teachers—can give you a taste of the better side of Japanese culture,” she says.

If you live in Tokyo, long commutes are often part and parcel of the deal. Again, just be mindful of this before you elect to work here. If you’re working in the city’s downtown, finding affordable accommodation near your workplace can be a challenge. Opting for your employer to sort accommodation on your behalf is usually the best tactic. In most other areas of the country, long commute times and accommodation issues are easier to avoid.

If you’re in Tokyo and other tourist hubs, English support is more readily available than in rural Japan. But learning the language—or at least a little—can help to heighten your experience. Plus, Japanese people always express great interest in those who can speak the common tongue, even badly.

“Learn as much as you can about the culture, language and practicalities of Japanese living before you arrive,” advises Loretta. “Do not come here thinking Japan will bend for you. You must bend to Japan.”

Editors’ note: This article was written based on information available prior to the COVID-19 pandemic. It is intended to serve as inspirational content and to help guide your job search once borders reopen. As of publication (May 2021), there may be a hiring freeze in Japan due to border closures and changing regulations. 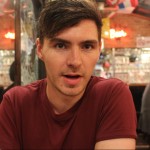