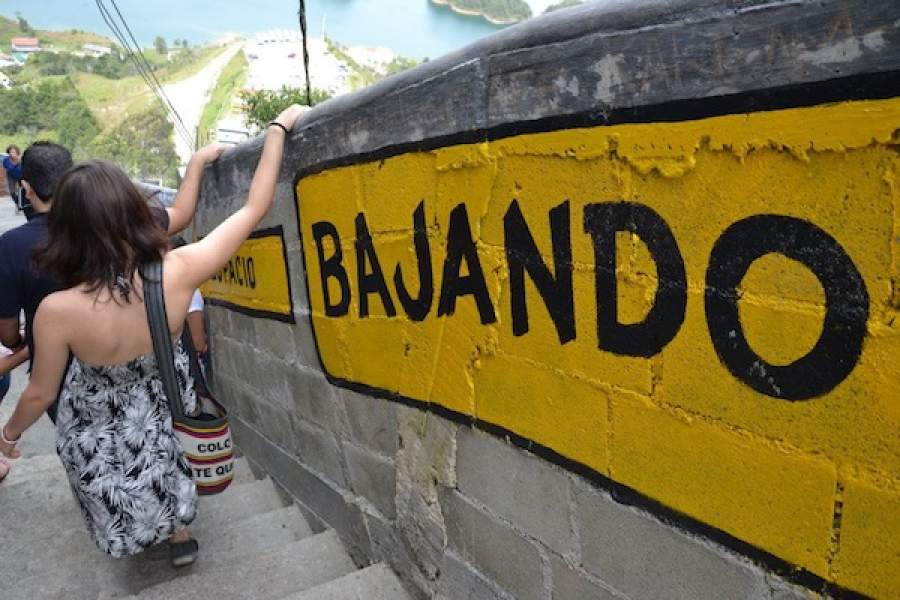 I can’t pinpoint the day I started feeling a bit odd. It must have been sometime in mid-November. No health problems—I just felt emotionally fatigued.

I was starting to get slightly frustrated with issues at the school I was teaching at. I began to miss my family, my friends and even other little mundane things such as having my own room and food from home. (The food in general was quite good but often fried, meat-filled and generally unhealthy, with a distinct lack of vegetables. Not that I’m a super healthy eater but after awhile it gets to you. I craved a side of steamed broccoli. The closest I got was a side of battered and fried cauliflower. On the other hand, the variety of fresh fruit.)

To top it all off I was starting to get tired of constantly feeling like a foreigner. Even if I spoke Spanish fluently, I felt as though I would never be able to simply blend into the crowd. Sure, before I went I knew that would probably be the case but I never thought I would feel it as strongly as I did.

At first it was all part of the excitement of being abroad, but after awhile that feeling wore off. A question that often got tossed about between my housemates and I was “Would you ever be able to live in Colombia for [insert significant period of time]?” For me, it eventually became a no. As much I love and admire the place I could not see myself staying there for more than a few months at a time.

Luckily, I was surrounded by the most fabulous individuals. Speaking with students was always a pleasure; their eagerness to learn and positivity was infectious. Medellín also provided many opportunities to keep busy. That is probably the best medicine for when you’re feeling down and out: keep busy, even when you don’t really feel like it! Listen to your friends and make the most of the time you have.

So what did I end up doing to pass the time? Mostly just trying to get out and enjoy the sunshine while my loved ones back home got ready to bundle up for winter. I surprised everyone and myself by going bungee jumping off a dam and paragliding. Other memorable moments include climbing 740 steps at Guatapé, bike riding through the city at night thanks to a dear friend who lent me an extra set of wheels, and cramming three girls into a two-person tent at La Reserva Natural Cañon del Río Claro to save a bit of money. All were experiences that I'll never forget.

Nadine Van Deuren is a recent graduate of Western University who is spending three months in Medellín, Colombia through AIESEC. While there she will be working with students at the Fundación Educativa CENSA Juan Sebastián Gutiérrez Bustamante to improve their English langauge skills. Her goals? To improve her very basic Spanish, learn more about Colombia and hopefully pick up some salsa skills. In her spare time she likes to dabble in other languages, write letters and make plans for future travels.