You are here: Home/ Articles/ Work Abroad/ Blogs/ Experiencing Vietnam as an Intern

Experiencing Vietnam as an Intern 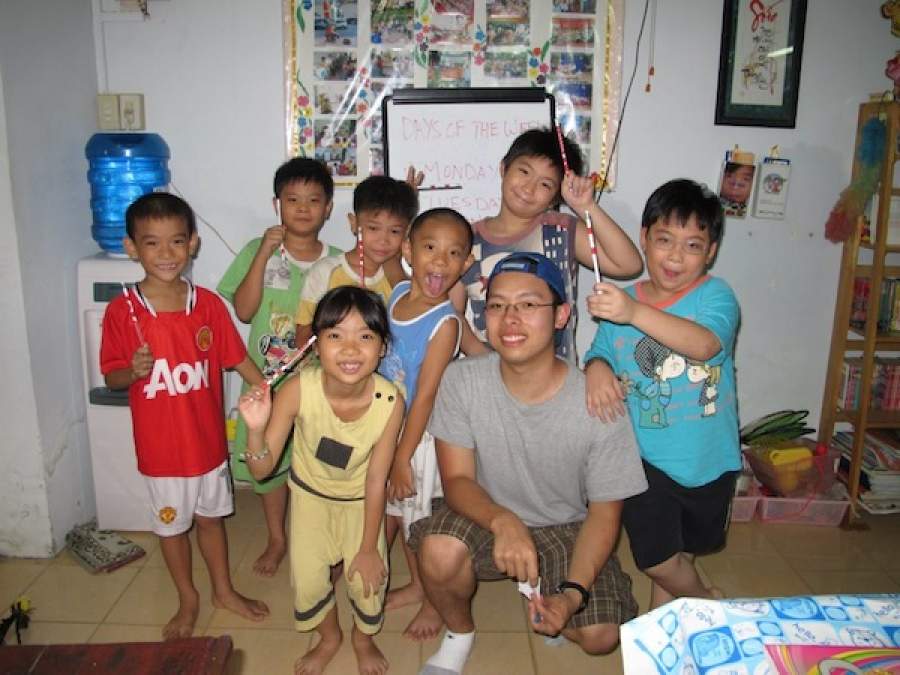 Saigon is a curious city. It is in a renaissance of Vietnamese economy and social culture. The city itself is a myriad of construction projects amidst the few skyscrapers already erect. The bustling central Ben Thanh bus station sends rickety looking but sturdy green bus to and from the old, unassuming station to the far reaches of Ho Chi Minh City. Shiny, tall buildings can be seen surrounding this central hub of the city but let your eyes drift down and you’ll see the shorter, older, and browner cityscape of Saigon. All of this encompassing the architectural crux of the Ho Chi Minh City skyline that is the 60-plus floor Bitexco Financial Building. Like the tip of a samurai sword, the building can be seen cutting up into skyline, and at night, a glowing tip acts as a beacon to the splendor, and squalor, of Saigon.

Such is nature of Saigon; it is a constant dichotomy of the old ways and the new age. The taller, shinier buildings are spread amidst the older and worn out ones. One street may have brand new shopping centers and hotels while the next street down are occupied by dirty auto shops or poor restaurant stands. Restaurants, old and new age, line up and down many streets, with street vendors at almost every corner selling Vietnamese foods from bahn mi (sandwiches) to pho/bun noodles to oil fried dough snacks. The key to eating street food is to suppress any prolonged thoughts on the cooking process of what you are about to eat, and just eat it. So far I have been lucky, and the food has been fantastic, and did not result in delirious food poisoning.

Everything that I’ve observed and learned from Ho Chi Minh City, as it is officially called, has shattered any and all preconceptions I had of the city and Vietnamese culture; such is the effect of culture shock. But having already experienced Asian cities in my ancestral China, I already had an idea of the conditions of an Asiatic city. Saigon, however, has its own unique flavor to the city: motorbikes.

Regardless of where you come from you cannot escape the effect that thousands, perhaps millions of motorbikes constantly rolling up and down every street has on the fresh-off-the-plane tourist or intern. There are many ways to describe this phenomenon but my favorite way to describe it is to compare the constant flow of motorbikes up and down streets, weaving in and out cars and trucks, with the flow of blood cells through your arteries and veins. They are, without a doubt, the lifeblood that keeps the city going. With high gas prices, and ridiculous taxes on consumer cars, the motorbike is the easiest and most versatile mode of transportation for all Vietnamese residents. In Saigon, it flows on a ridiculous scale.

With such an influence on everyday culture, the motorbike also acts as an excellent form of transportation for tourists who want to move from point A to point B in the city faster and less expensive than a taxi. There are always “xe khom” (pronounced “say oh-mm”) drivers on every corner lounging around on their bikes waiting for their next customer, or asking every passerby who looks foreign if they want a ride. In my opinion, there is no better way to travel the city, to gain perspective on the locals, and embrace the lifestyle of the city. When it comes the price, always bargain it down. Usually 40,000 dong ($2) can get you to most parts of the city center, but the closer your destination is, the lower you should bargain the price.

I write all of this, at Gate Two of Tan Son Domestic airport, waiting for my flight leaving Ho Chi Minh City to Hanoi on my last day in the city that I called my home for six weeks. My AIESEC internship, which involved teaching English to underprivileged kids in Saigon, was very rewarding. However, the experience was not what I expected.

All future interns should be well aware, and prepared, of the possibility that the reality of internships you go to, especially volunteer ones, may not meet your expectations. The key to dealing with these situations is to approach them as positively as you can. Work with the local AIESECers on any issues and problems you have to make the best of the situation. Also, your fellow interns will be the glue that holds your experience together.

One of the best things I’ve gotten out of my internship was the new relationships I made. The experience of sharing stories from our homes, and how our cultural lifestyles differ from one another’s, gave me a greater, intimate understanding of many different cultures. In my opinion, international internships attract people who are very open and welcoming, as well as fun and easy to become friends with. I think that, based upon the new friends that I’ve made, I will definitely consider going on another AIESEC internship in the future.

Josh Yang is a third-year student studying Marketing and Communications at Simon Fraser University, Canada. He had chosen to go on an AIESEC internship to do something completely out of his comfort zone by living on his own in a foreign country.

For over 50 years, AIESEC Canada has been facilitating their Global Internship Program in Canada and abroad for companies, students and recent grads. AIESEC Canada is one part of the world’s largest student-run organization and is based out of Toronto. A number of AIESEC interns will be blogging on this site.  For more information please visit www.aiesec.ca.