You are here: Home/ Articles/ Work Abroad/ Blogs/ 5 Things I Wish I Knew Before Interning Overseas.

5 Things I Wish I Knew Before Interning Overseas. 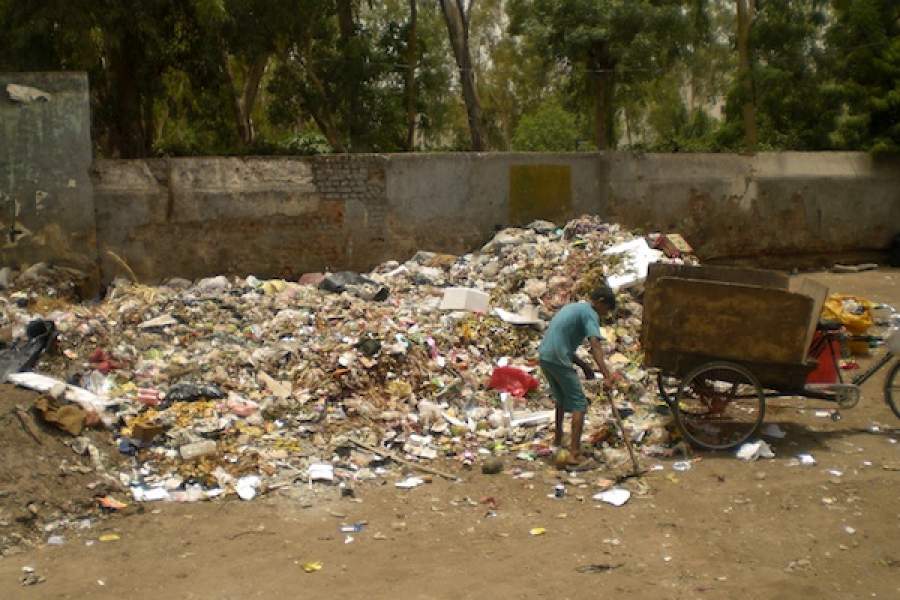 I have now been in India for three weeks and while some of the initial shock has worn off, I am learning every day that the real India is nothing like the movie version. On the surface, the colourful saris and the frenzied pandemonium of the street markets are everything I expected, but as I get deeper and deeper into the culture here, I am discovering untold truths that hide under the veneer of rainbow silks, glorious temples and that ever-present sunshine that threatens to melt us all.

To prepare you or someone you know for an extended stay in India, here are some of the things I wish I had known before I arrived in Delhi:

Be prepared to change your standard of cleanliness.

While I am not exactly a neat freak, I prefer to stay clean and dry. Unfortunately, that is completely impossible in Delhi. With all the garbage, animal waste and dust in the streets, it is a normal occurrence to find the water rolling off your body has turned brown in the shower. I regularly go to bed with the bottoms of my feet blackened from the dirty floors in my apartment, though a cleaning crew comes every day to mop the floors. Even in restaurants, the cutlery and flatware are often dusty and smudged.

It took me awhile to get used to all the dirt, but now that I have adjusted my standards of cleanliness to suit India, it is a lot easier to ignore all the mess around me.

Be prepared to feel exploited.

If you are of European descent (and especially if you are female) prepare to have a taste of what it's like to be a celebrity while in Delhi. Everywhere I go, locals come up to me to ask to take my picture, or they just snap a shot without asking. I always get into clubs for free and receive free food and drinks in exchange for being photographed enjoying everything the club has to offer. I even spent yesterday afternoon lounging in a hotel pool, drinking free Budweiser while photographers took our pictures for promotions. While all of this can be really fun, the ugly truth bothers me: they want white girls to help promote their clubs, drinks and hotels because in India, white is seen as the "ideal".

I feel torn about participating in all this revelry because I don't want to support the idea that white is in any way superior. My Indian co-workers tell me that only now, in the last few years, have people begun to question this and discuss the effects of all the Caucasian models in the advertisements around Delhi.

Be prepared to be experience different gender dynamics.

If you are a girl, you will see very quickly that Indian men approach women differently—especially foreign women—than we are used to in our home countries. I have had a few incidents where the sight of my bare legs in shorts has provoked comments and even threats from local men. Especially when travelling outside the city, women must be extremely careful.

I take my cue from the local Indian women; you will very rarely see an Indian woman outside after dark in Delhi, and if you do, she will always be accompanied by a man. Luckily, the male interns that I live with take the safety of their female friends seriously and are always happy to walk us wherever we need to go after dark.

Be prepared for a different idea of manners.

While there are a few Indians I have met here who are among the kindest and most generous people I have ever known, the majority of the people I have met in Delhi have a different standard of manners than I do. Stealing my rickshaw, slamming doors in my face, shoving me on the subway, hovering over my shoulder at the ATM, staring unabashedly at me, taking my picture without asking, making lewd comments and even trying to touch me are all part of Delhi daily life.

At first I was in shock about how rude many of the people are here, but I have now accepted that the Indian notion of manners is not the same as the Canadian idea. This doesn't mean it no longer upsets me, but that I must live with it as just another oddity of life in India.

Be prepared to fight.

It seems to me that in India, not a single thing can occur without first arguing about it. From bargaining with auto rickshaw drivers who will consistently attempt to rip you off, to haggling with shopkeepers over a 10 rupees price difference, it's easy to get frustrated very quickly, especially when they rarely speak more than a few words in English. While at first all the bargaining can be exciting, it is not quite so fun when you're getting off the metro after a long day at work and you're exhausted in the scorching heat and the rickshaw driver refuses to cooperate. I never realized before how easy and effortless transactions are in Canada until spending some time in India!

While it may seem like I am hating my time here in India, I think it's important to note that I love India. Of course, there are many negatives, but overall I am enamoured by this country and all its contradictions. India can offer something for everyone and despite a few bad experiences, I would recommend that everyone takes the opportunity to experience some of India's "untold truths" for themselves.

Genevieve Juillet is a third-year student studying Communications in Ottawa, Canada. As a member of AIESEC, she will be spending three months in India working with the Indian Cancer Society and Project Caste Away. She has spent time travelling in Europe and the United States. In her personal time, she uses her passions for writing and reading by working on her book blog, Books Are My Heroine. To continue following her adventures in India, visit her personal travel blog at gennysjournals.blogspot.com.