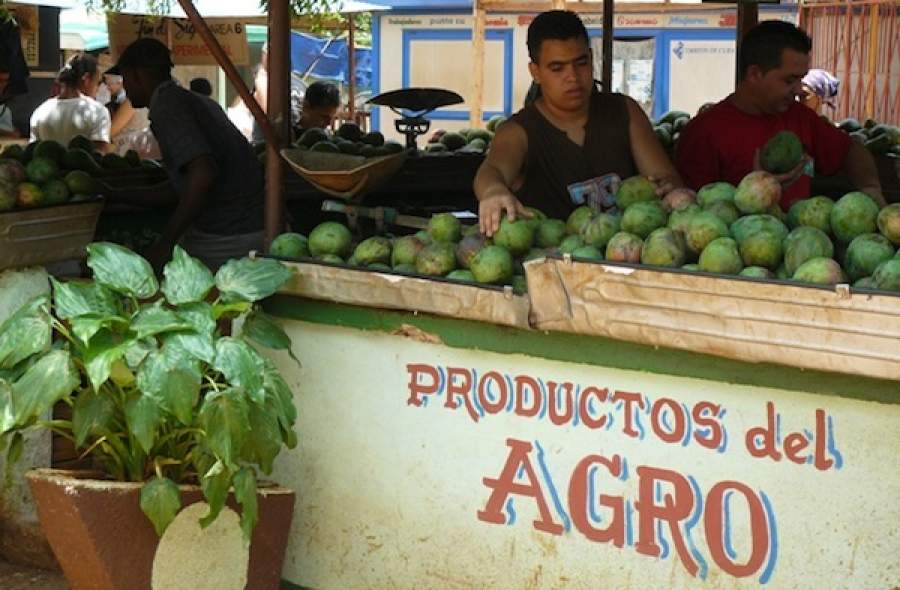 When I first came to Cuba in 1993, food was so scarce that most adults dropped an average of 15 pounds and everyone learned how to go to bed hungry. During the "Special Period," a period of economic crisis in Cuba, apocryphal stories abounded about grapefruit skin “steaks” and pizza topped with condom “cheese.”

I returned in 2002 as a full-time resident to find the country’s gastronomic prospects had improved considerably, with chic Havana restaurants such as La Guarida and La Fontana serving haute cuisine Cuban-style – think grilled octopus with pesto coulis and rabbit in Dijon sauce. A decade later, there are so many gourmet eateries opening up, it’s a challenge to keep my Havana Good Time app current. And while I highly recommend trying some of the new foodie standouts like Habana Chef or Cafe Laurent on your next visit, dining solely at such high-end establishments out of reach of 99 per cent of the local population cloaks what truly makes the country tick.

Over years of travel writing for Lonely Planet and others, I’ve learned a few foolproof methods for peeling back the veil of a foreign culture: attend a sporting event; make local friends; and head to the market, shop for ingredients, and throw a dinner party. This is particularly useful for such an enigmatic destination as Cuba, where the double economy, US embargo and idiosyncrasies of Cubans themselves create a unique context. With the recent changes in legislation allowing foreigners to rent entire homes or apartments, self-catering is more practical than ever.

Since where and how food is sold here and the two currencies used to buy different ingredients can be confusing, I provide this step-by-step recipe for hosting a Havana dinner party.

One of the most pervasive Cuba-related myths turns on the double economy. Indeed, if I had a peso for every time I’ve had to clarify that anyone—Cuban or foreign—can use either currency in circulation here, I’d be a rich woman. Where the difference lies is not in who can use which currency, but what can be purchased in pesos cubanos (CUP) versus what can be purchased in pesos convertibles (CUC).

To wit: all fruits and vegetables, pork, and lamb are sold in pesos cubanos, while chicken, cooking oil, butter, and wine are sold in pesos convertibles. Some items (such as eggs, bread, rice, beans, juice, and yogurt) can be procured using either currency.

To procure CUP: Pesos cubanos (1 CUP equals roughly 4 cents USD) can be purchased at any Cadeca (Casa de Cambio); you first have to buy CUC (1 CUC equals 87 cents USD) and then convert to CUP.

The majority of your dinner fixings will be procured at one of these produce markets. At agros, you’ll find everything from fresh pork hacked into chops with an axe, to cooking wine and fistfuls of fresh herbs. One of the beauties and challenges for cooks in Cuba is that we’re forced to think and eat seasonally since zero fresh produce is imported (excepting pears, apples, and grapes – especially at year’s end). So when a recipe calls for mangoes in February or avocados in November—tough luck.

On the upside, availability and selection have improved dramatically recently thanks to new land use regulations, so that as I write this, there are carrots, bok choy, okra, tomatoes, green beans, and a host of other veggies available, plus fruit like pineapple, guava, banana—and now that the rains have come, mangoes and mamey.

Organopónicos, meanwhile, are organic gardens and farms where a more limited selection of fresh produce is sold. While they are fewer and farther between than agros, they’re worth seeking out—especially by those living chemical-free.

One factor that makes cooking dinner here an exercise in authenticity is that you’ll quickly learn that it takes several different stops to locate the ingredients you’ll need. This is particularly true for those products only available in hard currency CUC including beef, cheese, chocolate and other items sold in “La Shopping,” or what some people still refer to as “dollar stores” (a holdover from when US dollars also circulated here).

With this exercise, you’ll immediately appreciate how high prices are (a small box of cereal, for example, sells for upwards of $6) and how hard it is for Cubans to survive on the $25 average monthly salary. In short, they can’t and everyone has to supplement their salaries somehow—on the black market, with remittances from abroad, scamming tourists or similar.

The real fun begins once you draw up an invite list and put frying pan to fire. When menu planning, it’s worth noting a couple of things about Cuban eating habits: the overwhelming majority of people don’t do spicy; anything fried (including olives!) is considered delicious; rice at a meal is obligatory; and soup is considered wimpy, hence the axiom: “real men don’t eat soup and when they do, they eat it with a fork.”

Lastly, if Cubans figure on your invite list, whatever you do, don’t cook vegetarian—a foreign and advanced cooking concept over here. As we say before every meal ¡buen provecho!

A native New Yorker, Conner Gorry first traveled to Cuba in 1993 and moved to Havana permanently in 2002 where she reports on Cuban health and medicine for MEDICC Review. For details of Conner’s work, see www.connergorry.com and www.hereishavana.wordpress.com.