You are here: Home/ Articles/ Work Abroad/ Blogs/ How to Make the Most of an Internship Abroad

How to Make the Most of an Internship Abroad 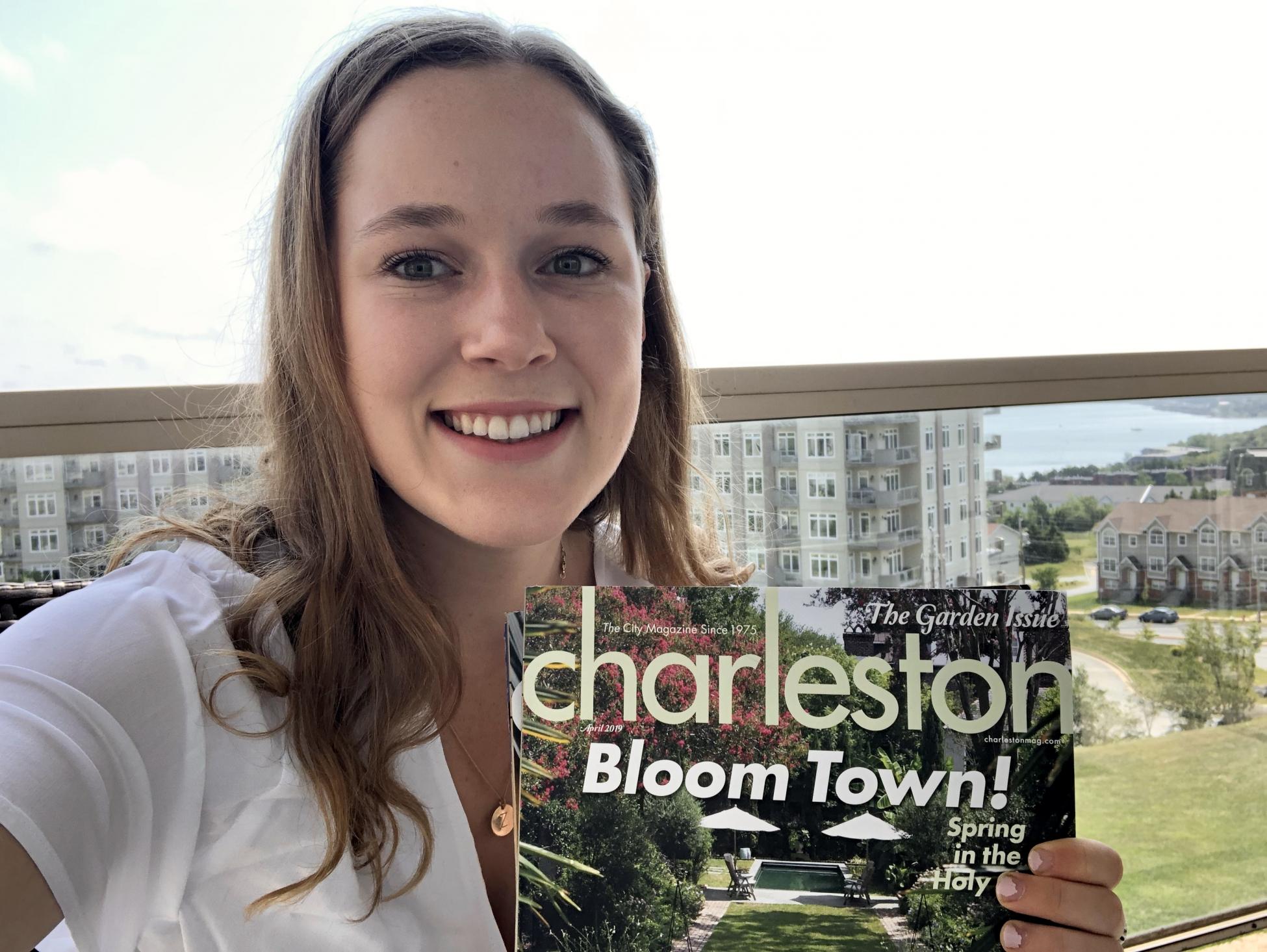 Showing off one of my favourite issues I worked on in Charleston. Zoe Bell
By  Zoe Bell

The end of an internship is a leap into your career.

While most internships come with defined start and end dates, temporary positions in one’s home country sometimes turn into full-time employment. Working abroad on a visa, however, means the start and end dates are much less flexible.

Throughout my internship in the United States, I knew that no matter how much I loved my job, I would have to return to Canada when my visa expired. Here’s how I made the most of my final days in the U.S.A.:

I enjoyed my internship in the United States immensely—in fact, about a month and a half into my work placement, I decided to extend my visa an extra month.

Although the magazine I worked for usually hired interns for three months, I was given the choice to stay on longer if I wanted to. Since I had already put so much effort into moving down south, obtaining my J-1 visa, and learning the ropes in my new position, I decided that I might as well get the most experience possible out of my short time in the United States.

So, my three-month internship became a four-and-a-half-month-internship. Adding this extra month onto my visa took some effort. I had to inform the SWAP (Student Work Abroad Program) office and their U.S. counterparts, the CIEE, four weeks before my previously established end date. Also, significantly, this extension was expensive—it cost almost as much as the first three months of my visa to extend the placement one extra month.

I decided that staying just a bit longer at my job would give me a chance to get even more experience under my belt. For that reason, I decided to suck it up, pay the extra money, go through some more paperwork, and spend a few more weeks working at the magazine.

Making the most of a temporary position

Although I squeezed out a little more time at my internship before officially saying goodbye, the final days at the office came quickly. Throughout my time at the magazine, I worked hard to make a positive impression on my co-workers.

Since I had to work full-time, as a requirement of my J-1 visa, I was in the office every day and I made sure that I was using this time to my advantage. I helped the editors with projects and I signed-up for as many reporting gigs as possible (as part of my internship, I was able to attend local charity events to report on for the magazine). These events got me out on the town and allowed me to meet more locals. Although my position was unpaid, I made sure to treat the position like a full-time job. I believe this showed my employers I could take on more responsibilities.

During the final weeks at the magazine, I focused on making sure I was leaving the office on the right foot. I was very lucky to have a group of colleagues that took an interest in my work and my future plans.

I had multiple meetings with the editor-in-chief of the magazine throughout my internship, including an exit interview the week before I left. This was incredibly helpful, and I would encourage all future interns to ask their supervisors to arrange a similar meeting during their work placement. It was great to have the opportunity to go over what I had learned the past four months and to discuss future steps.

The biggest takeaway from my internship was how important it is to pay attention, be curious and speak up.

Throughout my internship, I was so impressed by the editors at the magazine—watching these accomplished journalists who were truly passionate about their work made my time in Charleston all the more inspiring.

During my exit interview, the editor-in-chief also gave me an opportunity to ask questions. I met with the entire editorial team and asked every burning question I could think of. I took notes throughout our meeting, and have filed away all their advice for future positions.

I think that the biggest takeaway from my internship was how important it is to pay attention, be curious, and speak up—asking tons of questions and taking notes on all the answers was a great way to show initiative and gain more knowledge.

When my final day at the magazine arrived, it was bittersweet; I was looking forward to returning to Canada, but would miss working in Charleston. As I said goodbye to each of my coworkers, I promised to keep in touch. I hope to be back in Charleston again soon, and when I return, I will make sure to drop by my workplace and visit my employers. My internship was an excellent example of what it is like to work in the editorial world, and I am very thankful to have worked in such a supportive office.

Do I wish I could have stayed a bit longer? Sure. Do I wish I could transport this awesome job to Canada so I could keep working at the magazine? Absolutely. But I am embracing the temporary nature of internships and the uncertainty about what comes next. I’m not sure where I am going from here, but I’m leaving South Carolina with more knowledge, motivation, and confidence than I expected—and that’s something worth celebrating.

Zoe Bell is a Canadian writer and travel enthusiast, who is currently pursuing a Master's in International Journalism at City, University of London. Originally from Toronto, Zoe recently completed an editorial internship at a magazine in Charleston, South Carolina, where she also documented her experiences in a blog for Verge Magazine. We are thrilled to welcome Zoe to the team!