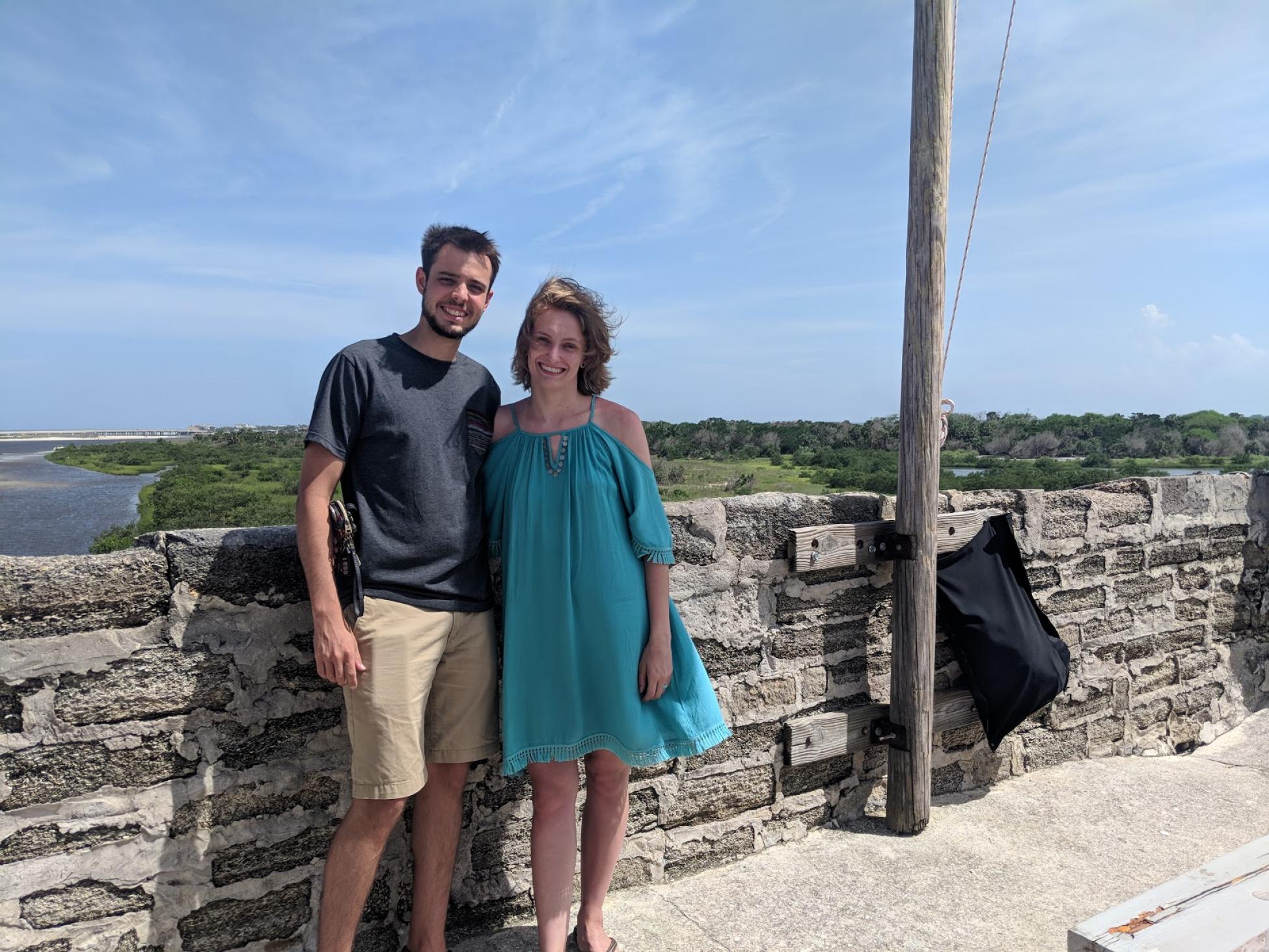 With two years abroad ahead of us, there was just one snag: A dog named Loki.

When my husband and I decided to travel overseas for two years, the most significant factor was our two pets. In the past, we’ve vacationed tons with both our cat and our dog. However, when you travel overseas nomadically, a dog and a cat don’t precisely make excellent companions.

We always knew my mom and stepfather would watch our cat, Freyja, as she’s stayed with them in the past. At almost four years old, she’s got a long life ahead of her and two years will be nothing. It was our Vizsla dog that almost stopped the trip.

I was determined to bring Loki along. As a remote worker, I work from home, which means I see him 24/7. We’re quite the duo going on walks and playing on lunch break. He even has a bed right next to ours. There was anger, crying and irritation when I figured out that he couldn’t come.

We researched options—from cancelling our trip to re-homing Loki. When that idea came up, I knew I’d rather call off the whole thing. It is selfish, but I knew there had to be another option.

Every time we found something online, it was one person asking for help and many more bullying the said asker. It made both of us angry. As many daughters will often do, I talked to my mom. I wanted to know if my husband and I were being bad people for wanting to travel the world. I wanted to ask if we should accept that travel would never happen because we had pets.

I wanted to ask if we should accept that travel would never happen because we had pets.

My mom talked me into keeping the search up. Eventually, I found the owner of a Vizsla rescue. The owner is a kind woman that plans to help us for nothing more than the request of donations to her shelter. She too convinced me that what I was doing was vital to my growth as a person as well as my husband’s.

I couldn't begin to count the number of times the advice online was “you’re a bad person, pets are forever and if the pet can’t go neither can you.”

I must disagree; the world isn’t black and white. Travelling when young opens your eyes to new ideas and helps you decide what you want to do. Staying put simply because of a pet prevents the understanding and experience that can come from new cultures. The gap year was an idea from post-war Britain. They thought that letting young people travel would allow them to experience new cultures and give a better chance of achieving world peace. While life may not be quite that simple, the idea remains the same.

The second bit of advice the Internet provided was that if we wouldn’t leave a child behind, we shouldn’t leave our pets either. Our opinion might sound harsh, but Loki is not a human. Though I spend more time with him than many parents do with their children, he’s still not my child. That said, if I could bring him in the same way, I would.

It’s easy to buy a child a plane ticket and visa. It’s simple to take them to New Zealand and teach them about new cultures. However, that’s because a child is human. Loki, on the other hand, would be put into a kennel for two weeks after getting shipped like luggage in the airplane just because he wasn’t born and raised in the country.

I would never give up my child for two years to travel. I would bring the child so that they could learn, too. However, Loki isn’t a child. He isn’t treated the same and for many reasons shouldn’t be. The same goes for Freyja. While I would love to travel with pets to be easier than it is, for us, it just wasn’t possible.

We love Loki and Freyja. As I said, they almost kept us from travelling the world. However, we had to ask ourselves an important question: “Should knowledge that can change our world and the world around us be inhibited by two pets that we will see again in two years?”

Once we answered that, we knew that we would take the trip. In May of 2019, we take off for our two-year gap year to learn about the world and the cultures that live in it.

Loki and Freyja will always be ours, but we owe it to our future and the future of those that come after us to learn all we can.

Ashley Madden is a free-spirited digital nomad, writer, photographer and content creator. She owns Helianthus Advising through which she helps small businesses grow. In her free time, she creates videos to help the world.