You are here: Home/ Articles/ Work Abroad/ Blogs/ A Moment of Clarity at a Ceilidh

A Moment of Clarity at a Ceilidh 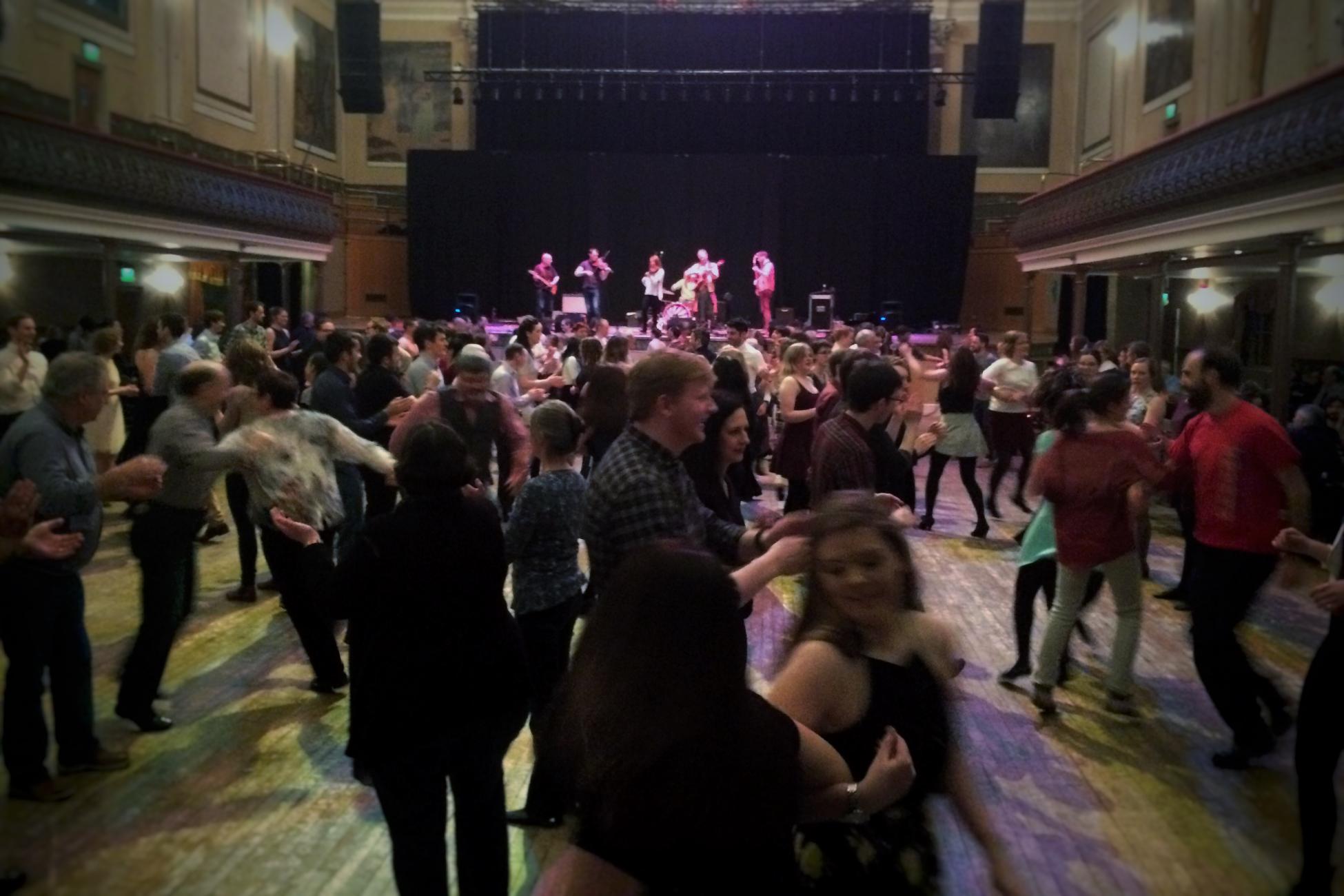 In between the traditional Scottish folk dances, Sydney gains insight into why she's moved abroad.

Pursing my lips, I applied the final touches of my lipstick and gave one last inspection to my freshly curled hair. It would do.

Pacing back to the bedroom I looked over my two choices, again; the glamorous gold sequinned New Year's dress that I was dying to wear, or my go-to little black dress that was arguably one of my best purchases. I had never attended an event remotely similar to this, how was I to know what to wear? Giving up, I grabbed the sequinned fabric and pulled it over my head. Smiling to myself, I was finally able to place this long forgotten feeling—it was like I was getting ready for prom.

I was finally able to place this long forgotten feeling—it was like I was getting ready for prom.

Brimming with excitement, Dalton and I quickly walked down the cobblestone streets; we were attending our very first ceilidh! A ceilidh (pronounced like kay-lee) is a traditional Gaelic gathering, where Scots of all ages come together for traditional folk dancing accompanied by a caller and live band. Thanks to our two-week Airbnb stay with a true Scot, we had befriended Thom and his English girlfriend who had invited us along.

So here we were, sitting at a table in the Music Hall watching at least 100 people dressed in kilts and plaid twirl and dance while Clachan Yell, the folk string band, kept the fast pace. Before I knew it, the song had ended and our group was rushing to the dance floor and aligning ourselves based on the direction of the caller on stage. In reality, I was just following based on observation, as he was practically impossible to understand.

Rapidly, he (supposedly) walked us through the steps and then before I had any clue of what we were supposed to be doing, the band took up their violins and the music took off. In a group of four, hand in hand, we raced in circles, followed in lines under hand held tunnels, spun in circles, stomped our feet and clapped our hands. It was impossible not to feel giddy, laugh and enjoy every moment of it, feeling like a child and losing yourself in the dance. Much too soon, the song was over and we retreated back to our table for a quick rest.

This was one of the aspects of living in Europe I had been most looking forward to—the traditions and history that continue to live on, something that I feel we lack in the United States. These traditional dances are so deeply ingrained that for a couple weeks during secondary school the Scottish gym classes are replaced with a ceilidh dance lesson. This allows for a magical evening where strangers are able to dance in unison, where everyone shares a special connection; to be part of a modern and advanced civilization, but still embrace and celebrate what their ancestors had created so many years before. The contagious atmosphere of having fun at its purest filled the music hall completely—it was impossible to not want to be a part of it.

When a group of girls needed an extra partner for the next dance I leapt out of my seat. By the end of the evening, I was sweaty, my hair was wild, my feet aching and my smile permanently plastered on my face. Thom dragged our group to the very front as everyone lined up, women on one side, men on the other and the music for the last song begun. The dance was pretty straightforward—Dalton and I locked elbows and swung in a circle and then I reached for the man standing in line, locked elbows and circled with him while Dalton did the same with the woman opposite. We then rejoined and swung in the middle and repeated with the next couple in line. There were at least a 100 people at the ceilidh and spinning like tops we made our way, person by person, zigzagging down the line. The Scots would firmly grab your elbow and throw you around while the foreigners were much more timid and gentle. Everyone was jumping, twirling and having the time of their lives.

The joy of the ceilidh lasted well into the night, much longer than when the band stopped playing and the music hall had cleared. Something magical stayed with us, that feeling of belonging and the glimpse of the wonders of someone else’s culture. That reminder of why you made the hard decision to move across the ocean away from your loved ones and vulnerably forced yourself to fit into an unfamiliar place—the reminder of getting to experience something so completely new and exciting that is a normalcy of life to everyone else around you. 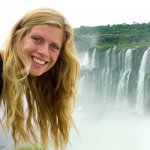 Sydney Paulsen, an adventurous biochemistry graduate, is always looking to push her comfort zone. After returning from studying abroad in Buenos Aires, she has moved with her boyfriend to Aberdeen, Scotland to keep figuring out this thing called life.