When you’re a foreigner in a new place, you tend to spend less time with your headphones plugged in because you’re trying to be more cautious and aware. I realized that this has not only made me more aware of my surroundings, but has helped my tune in with the sounds that are so characteristic of this city, things that I would never hear back home in Victoria, Canada.

During my time here, I have gotten really fond of the Argentinean rock scene. I always have this moment of jumping up with excitement when a song from Soda Stereo, one of the most influential rock bands of Argentina from the ‘80s, comes on the radio. Their songs are irresistibly catchy, and have a unique sound.

While the music and the lyrics here are very different, one thing remains the same across a lot of cultures: the work of classic artists from the ‘80s and ‘90s are timeless! The song “Nada Personal” is one that is been stuck in my head for a while (even if you can’t understand the lyrics, it’s still awesome). I know that all lyrics have a variety of meanings, and these lyrics are in my second language, but this song speaks to me as a commentary on a lack of communication, on a hollowness in the interaction (or lack thereof) in society. I guess it’s eerie to think of that while listening to the upbeat rhythm of the song, which gets my grooving and dancing every time.

Another popular song here in Cordoba that holds a special place in my memory is “Un Pacto Para Vivir” by Bersuit. After driving home from McDonald’s (although back home McDonald’s holds some negative connotations, it is a novelty here for youth because it isn’t as common) this song came on the radio and my host sisters turned up the volume and started singing along. We were speeding down a street that didn’t have any lights with the exception of some dimly lit houses. And I know it sounds weird, but I thought that, from the outside, we probably looked like a scene from a coming-of-age movie. The lyrics of this song are slightly more complicated and I don’t understand them really well, but it’s beautiful to listen to.

One of the highlights of my time here by far has been spending time in Argentina during the World Cup. The passion that the people here feel for soccer is something that I cannot identify with, but it is still wonderful to experience the fervour and excitement people felt every time Argentina won a game. Literally every time the team scored a goal, the city sounded like an earthquake. People singing in the streets, the continuous honking of horns, drums, singing.

You would always be able to hear the song “Brazil, decime que se siente” (a song that clearly shows the competitive spirit between Argentina and Brazil when it comes to soccer) being sung in the streets as a sound of triumph. Even though Argentina came second in the World Cup, myself and everyone else still feel like singing.

Long after my internship ends, these songs will always be a reminder of the amazing experience I am having here. What are some of the traditional sounds and songs of countries you have travelled to? 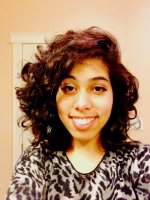 Gillian Jose-Riz is a writer, an AIESECer and a commerce student at the University of Victoria. Her internship in Argentina will be her first time living outside of Victoria and away from her family, but she looks forward to the challenges and adventures!