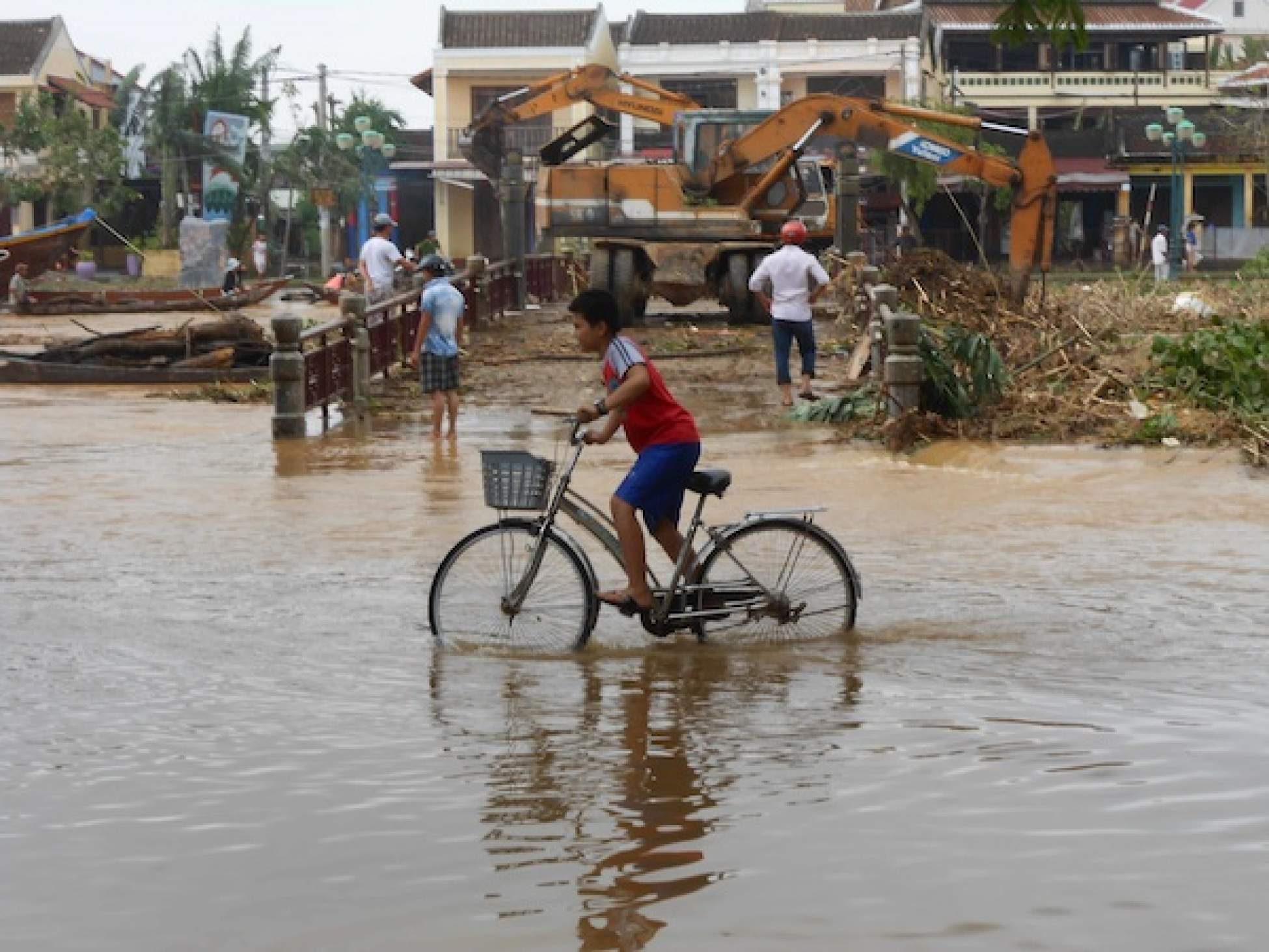 Preparing for typhoons while working abroad.

Throughout the interview process and the subsequent, necessary preparation to leave my family home in Toronto and travel to Vietnam, I had been warned. The “rainy season” was a quiet threat that was hidden in the back of my mind, next to the thought of packing warm clothes in my already heavy backpack. Yes, I would have to pick up a rain jacket, but really, what would it matter?

For the first month of my stay, Hoi An was sweltering—the type of heat that will drench your clothing in sweat, but never let it dry. Three showers a day would never be enough, and the fleeting thoughts of a rainy season were almost welcomed.

In the recent weeks, however, it has become quickly apparent that a “rainy season” in Southeast Asia is much more than thunder and lightning. As the month of October began, we received warning of an incoming typhoon, and were told to purchase candles and canned goods in case of emergency. Cell phones were charged, flashlights unpacked as we awaited Typhoon Wutip. In the final hours before the storm was meant to hit, we learned that it would miss our area and instead hit other areas in Central Vietnam. We were relieved, and took this into consideration when warning of Typhoon Nari became known. This time, we hardly charged our cell phones and relied on the provisions we had purchased for the first warning. Boy, were we wrong.

When the rain came, it felt like it would never stop. Sheets of thick rain began to fall from the darkened sky as we ate our dinner—rain that would continue all throughout the night. At some point during the night, the power went out (the aforementioned flashlights certainly came in handy) and around 6 am the storm truly began; wind so strong that you feared that the windows would shatter, rain so hard it bounced back and through your windowsill. Within the hour, the view from my window had changed from a large corn field to a waterfront property. Flooding has happened often in my time here, but is often secluded to the Old Town and made quaint by the offerings of boat rides throughout the streets. This was something entirely different.

The storm broke and the sun came, so we ventured into the streets by foot. Livestock had been moved from backfields to front yards; trees had been entirely uprooted and scraped of their leaves. Homes and businesses suffered incredible destruction, with broken windows, fallen roofs and demolished signs. And yet, despite all this, the resilience of local home and business owners was immediately apparent. Groups of men, cutting at fallen trees or adjusting dropped power lines smiled and laughed. Women and their children waved as they swept at the fallen green which covered the entirety of their front paths and lawns.

For many, rebuilding or fixing the damage in their homes will take more time and money than possible. The broken roof, or collapsed structure will cost money that is simply not there and could lead to immense debt. And yet, they smile; strength in the face of disaster. The trees which have been uprooted get placed back in their soil, wooden beams providing the strength to settle, to readjust and grow stronger. The community builds together, as they have before, and surely will again. Though the storm may bring darkened skies and pounding rain, the sun will shine bright again.

Alana Fata is a recent International Development graduate, and is completing a IYIP (International Youth Internship Program) placement with the Lifestart Foundation. Originally from Toronto, she will spend six months working in Hoi An, a beautiful town in Vietnam.