You are here: Home/ Articles/ Work Abroad/ Articles/ Surveying the Damaged in Afghanistan

Surveying the Damaged in Afghanistan 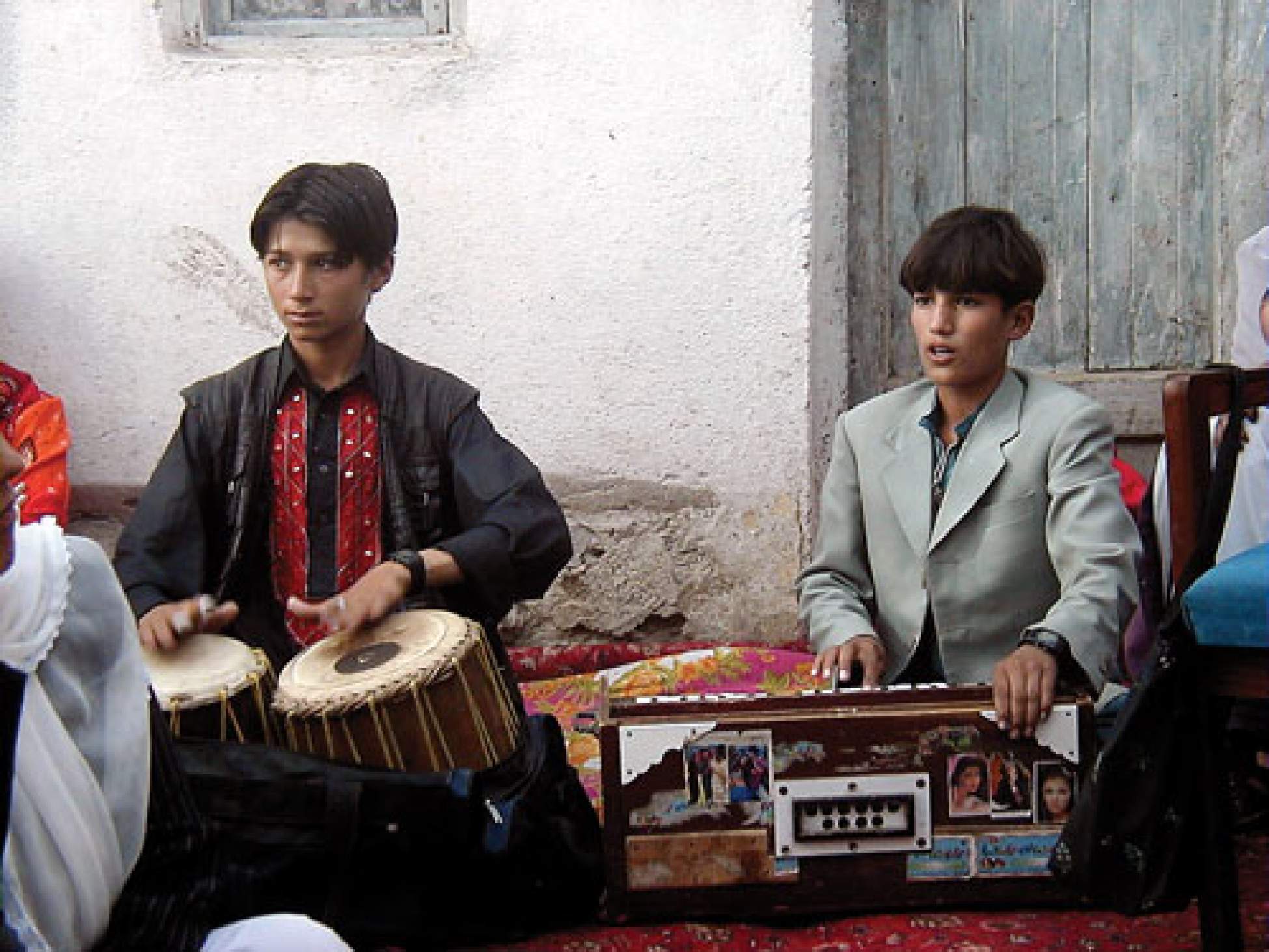 After decades of war, resignation has replaced hope for many young Afghans who have never seen peace.

We approach the runway to land and I look out the plane's window in awe: mangled carcasses of planes litter the sides of the runways, rectangular container cars blown into spheres from the force of a blast. The beige landscape looks dry and harsh. As the plane touches down, I remove the long scarf I have packed in my carry-on bag in preparation. I throw it over my hair and shoulders before I walk into the airport.

The long trip from Toronto to Paris and through Azerbaijan to Kabul is finally over. The excitement I feel is tempered by the heavy atmosphere of the strange surroundings. I stand waiting for my luggage with my two French colleagues, whom I met in Paris the previous day. All eyes are on us. Outside the airport, we are greeted by three women from the French humanitarian organisation Action Contre la Faim (ACF). A white land-rover is waiting to take us to our new

Driving through the city, I gaze out the window stunned. The landscape is like nothing I have seen before. Signs of violence are everywhere; bullet holes pock mark every wall, crumbled houses line the main street and crippled army tanks lie immobile on the side of the road. I can practically picture the fire fights in the streets.

My task is to carry out an assessment of the city of Kabul to identify the neighbourhoods and families that are most in need of assistance. It is not an easy job: Afghanistan is an ever-changing humanitarian landscape. Just before I arrived, thousands of refugees had returned from neighbouring Pakistan and Iran, changing the needs and priorities again.

Living here, completely unfamiliar situations and lifestyles quickly become routine. Each morning, behind the walls of our compound my colleagues and I get ready to make the drive across Kabul to our office. Eight of us sit side-by-side facing each other on the bench seats in the back of a Land Rover. The guard swings open the heavy gates and all the women in the truck lift their pashmina-type shawls over their heads.

Turning onto the main street, my French colleague, Bernard in the front passenger seat, picks up his hand-held transmitter and radios into the operator at our base.

"Alpha Five to Kilo Base?"

Looking back over his shoulder from the front seat Bernard considers each one of us in turn. "On board car Alpha Hotel Twenty Four..." he uses our faces to remind him of our radio code names, "...Kilo Four, Kilo Five..." We sit silently waiting for him to rhyme off our personal codes. He looks at me, '...Kilo Seven, leaving the house going to Alpha base and then on to Kilo base."

***
The situation in Afghanistan has been improving slowly in the years following the 2001 US led invasion. Still, conditions are unarguably grim. During my time in Kabul, the city resembles a medieval town, with stinking rivers of sewage running through the streets. Locals explain that farmers used to come and collect the waste, but the demand for fertilizer has not kept up with the exploding urban population. Running water is a luxury, and most families are forced to rely on communal wells for drinking water. Pressure on the crumbled infrastructure can also be seen in the rising housing costs and the line-ups at health centres as people surge back into the battered city.

I spend my days working with a team of local employees to survey households in the poorest areas of the city. Information is gathered by twelve local women, who enter private homes and speak to women while their husbands are out at work.

We are trying to determine how well people are able to cope in the situation they now find themselves in. How well they can manage depends on so many things—whether the families own or rent their homes, the regularity of work available to them, and the family networks or social networks they can draw on for support.

Our schedule is intense and challenging: in an effort to complete our work within the three-and-a-half month timeframe, we work a minimum of 12 hours every day, six days per week.

The main problem with carrying out these surveys is what I call 'survey fatigue'. Every organization that applies for money for humanitarian projects has to first conduct a survey to support their proposal; this means that several dozen studies are in process at any given time. While many families are exceedingly generous and gracious with their time, others are fed up with all the questions and, understandably, want to see action. I can only hope my work will lead to opening more health centres or building more wells after I'm gone.

I rely on the judgment of my Afghan colleagues to navigate the sometimes delicate issues and questions. Their guidance is invaluable, allowing our group to carry out our study, while respecting local sensitivities. Being thrown into a very different culture and environment, the learning curve is steep and newcomers have to learn and adapt quickly.

My status as a Canadian working for an international organization allows me to enter areas I wouldn't be able to if I were an Afghan woman. I am able to meet with groups of men who are the informal leaders of their communities and ask them questions. Nevertheless, I am made well aware of the status of women in Afghan society. I test the boundaries when I sit to have lunch at the office with the Afghan men whom I work with. The cold reception I get makes me abandon my place at their table to join the female staff in their secluded room. The line is drawn; working side by side: yes. Eating side by side: no.

It is much easier to gain an understanding of the real situation facing Afghans in their daily lives through the eyes of their fellow citizens. My assistant, Mr. Erfan, is one of my greatest resources; he is an intelligent young man with great drive and dedication, whose capacity to analyze and communicate local issues is essential to my work.

My radio is on when I sleep, eat and shower in case an emergency occurs. I know where everyone is at all times and everyone knows where I am.

Mr. Efran puts a human face on the struggles that the Afghan people have endured for years. Recent events in Afghanistan—the US-led invasion in 2001 and its turbulent aftermath—represent only the latest developments in a tumultuous history. Mr. Efran, who is in his late twenties, cannot remember a period without war in his country. The Soviet Union invaded and occupied the country from 1979 until the late 1980s. When Mujahedeen forces eventually drove out the Soviets, a decade of war between various factions within Afghanistan followed. The ultra-conservative Taliban only emerged as the dominant force in the late 1990s yet never gained complete control of the entire country before the US invaded in 2001.

Although parts of Afghanistan are now enjoying their first period of relative stability in decades, Mr. Erfan tells me that so many years of conflict have deadened the hope among many Afghans that things will ever really improve.

"There has always been fighting in Afghanistan, there will always be wars. This will never change. This is the common consensus," he says.

In practice, relative stability here means that hostilities have abated from full-scale warfare to intermittent attacks. Kabul has been spared much of the violence seen outside of the city; it is here that the bulk of the NATO troops are centred, undertaking systematic military patrols. Still, every week, we learn of more attacks on Afghan civilians and NGO workers around the country: an ICRC car was ambushed on the road between Kandahar and Kabul; flyers were distributed in Zabul province warning that those who let their daughters go to school would suffer the consequences; rockets were fired at a girls' schools in Herat.

With security risks running high, each of us carries a two-way-radio, switched on at all times. The devices link all 17 ACF workers to each other, day and night. My radio is on when I sleep, eat and shower in case an emergency occurs. I know where everyone is at all times and everyone knows where I am.

Everyone in my team realizes that there are risks involved with working in Kabul, but it's incredible how humanitarian workers become desensitized—we adjust to the new reality and eventually lose the perspective we had before we arrived. We are all committed to the humanitarian cause enough to leave our homes and volunteer to live in the midst of what we are trying to change.

Still, I can't help thinking about the gulf between us and the Afghans we are here to help. Though we experience some of the same conditions and constraints that impact them day in and day out, we are much more sheltered and privileged. Most importantly, though, is the fact that for us, this isn't home. The hardships and danger we encounter are part of the life of an NGO worker, but so too is the sense that one day we will return to Canada, or Germany, or the United States. For the Afghans, there is no way out, only the faint hope that things will get better.

Things are improving slowly, thanks in large part to the presence of the international security assistance force and billions in foreign aid. In 2005, the country inaugurated a national assembly under its first democratically elected president, Hamid Karzai. Growth in the country is a whopping 10-25 percent per year; but still the education is rated as the worst in the world, three-quarters of adults are illiterate and 4 out of 5 are unemployed.

As my time in Kabul nears its end, I try to return the favours to my Afghan colleagues; I spend more and more time working with Mr. Efran and his assistants, helping them with English and report writing. I hand over more and more responsibilities, in hopes they will be able to continue working in the field after I'm gone, and that their work—and ours—will contribute to a period of peace that, for many of them, will be the first of their lives.