Beyond Disaster Relief: Development in Haiti 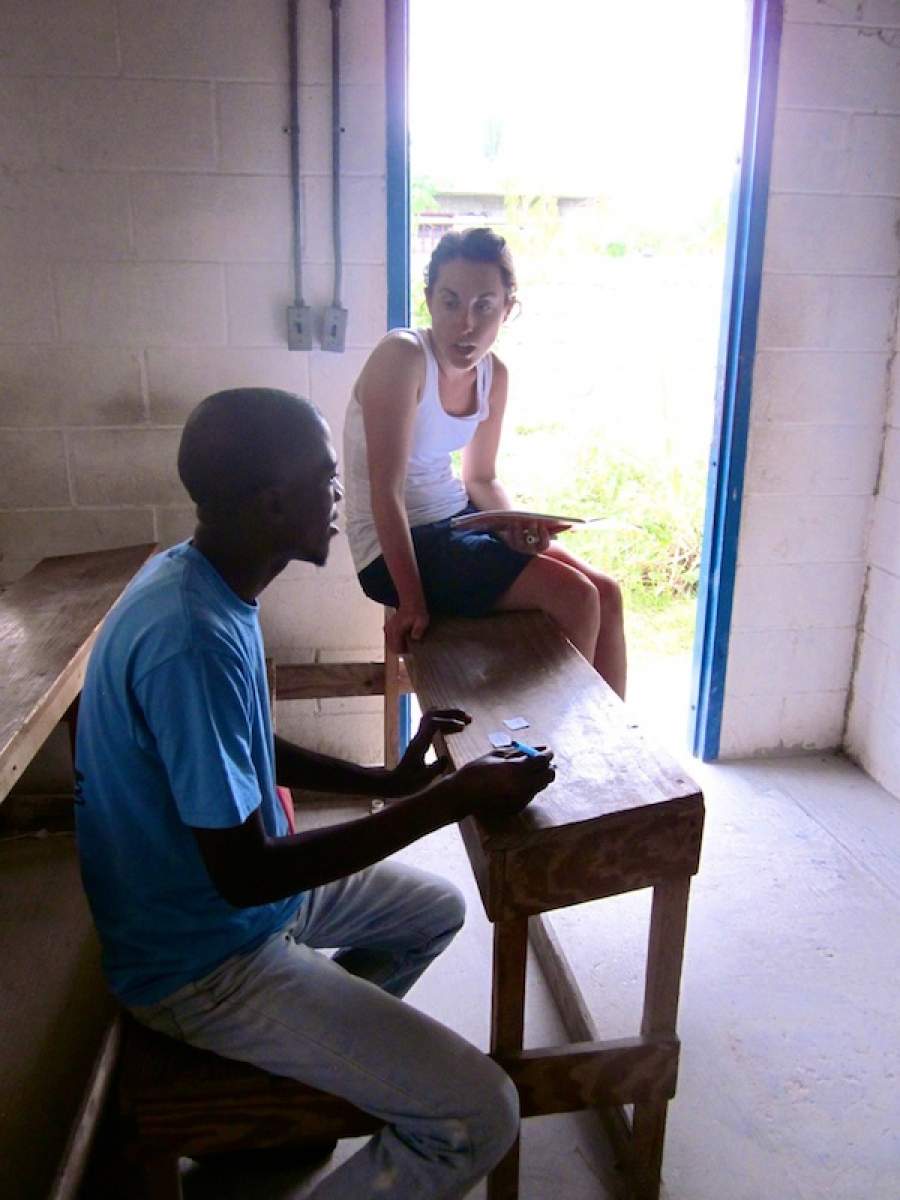 Natalie explains the difference between comparatives and superlatives to Robinson, one of her students, in beginner English class.
By  Natalie Gilbert

Nearly three years after Haiti's 2010 earthquake, blogger Natalie Gilbert visits the country to discover that there's plenty to the country beyond the rubble.

I spent this summer in Haiti.

When I first told people that I would be doing this, I received mixed reactions. Some were worried about my safety. Others didn’t understand why I would want to go there. And more often than not, I was, unjustifiably so, commended for doing such a “selfless act.”

For the record, none were the responses I was going for. I didn’t have any expectations of saving Haiti, or even making that much of a difference. I just knew that I wanted to spend some time volunteering abroad.

I chose to go with Operation Groundswell, a small Toronto-based grassroots organization, whose tagline is “backpacking with a purpose.” Their Haiti program was education-based, so I knew that as a certified teacher, I would actually have something to offer.

And I did. I taught ESL classes at a free adult English school, developed activities and lessons for local orphanages and participated in language and cultural exchanges. But what I never anticipated was how much I would get back.

Here is what I learned, and why you should make the trip to Haiti:

The best approach to travelling in Haiti is to remember the Kreyol saying “posse-posse,” which is translated to having patience. In order to survive in this country, that phrase needs to be adopted as soon as you step off the plane. Chaotic lineups, snarling traffic, bumpy roads and the exhausting heat can just about tip anyone over the edge. But it was in Haiti that I learned to enjoy the journey, not the destination, that not every question has an answer (so stop asking them) and that excessive sweating and dust won’t kill you.

The opportunities are endless.

Although vast improvements have been made since the earthquake, there is still work to do. And while many NGOs have started to pull out of Haiti, there are plenty of opportunities to get involved in a variety of fields, from engineering to education, construction to healthcare. Better yet, there is the chance to create your own.

While in Port-au-Prince, I lived at Haiti Communitere, a resource centre that was created in response to the earthquake. Initially, it provided emergency relief and damage assessment, but has since evolved into a project-based community living space that serves as a hub for international groups to launch pilot projects, manage local initiatives and build community relations. I learned about composting toilets, sustainable development and youth leadership, all from the various individuals that I met on base.

After spending six weeks in country, it was clear: Haiti is hard to travel. With little infrastructure, few tourists and hardly any paved roads, travelling in Haiti makes for an interesting journey. But therein lies the beauty. Haiti has untouched beaches, varying landscapes from gorgeous mountains to sprawling countrysides and a stunning mountaintop fortress in the north. Tap-taps, the brightly coloured buses that provide public transportation, are inexpensive and travel to all ends of the country. And if you want to see the other side, the Dominican Republic border is only an hour by bus from Port-au-Prince.

Before I left, I kept hearing positive things about Haitians and how they are known for their hospitality, strength and friendliness. I didn’t understand how it was possible to stereotype an entire population. However, it all made sense after the first few days. Haitians are some of the most generous, hilarious, welcoming and resilient people I have ever met.

Because few people do.

If the above reasons aren't enough, go because hardly anyone does. Haiti taught me that you can push the boundaries of travel and get around in a country that is relatively untouched by tourism.

Haiti is much more than an earthquake. It is a country that has faced adversity since its beginning. Thirty years after Christopher Columbus discovered Haiti, the native population was gone. Colonialism exploited Haiti’s wealth of sugarcane and began the largest transfer of slaves from Africa. Later, these slaves fought back in the first successful slave rebellion. Then, America invaded and occupied Haiti. A dictator ruled for over 20 years. Throw in a devastating earthquake and the recent hurricane and well, that’s a lot to stack up against one country.

I encourage you to see it for yourself.

A native of London, Ontario, Natalie Gilbert moved to Toronto to study journalism and has resided there ever since. As an avid world traveller, Natalie has trained muay thai in Thailand, bungee jumped in Argentina and has eaten chicken feet in South Korea. She recently returned from teaching English in Haiti.