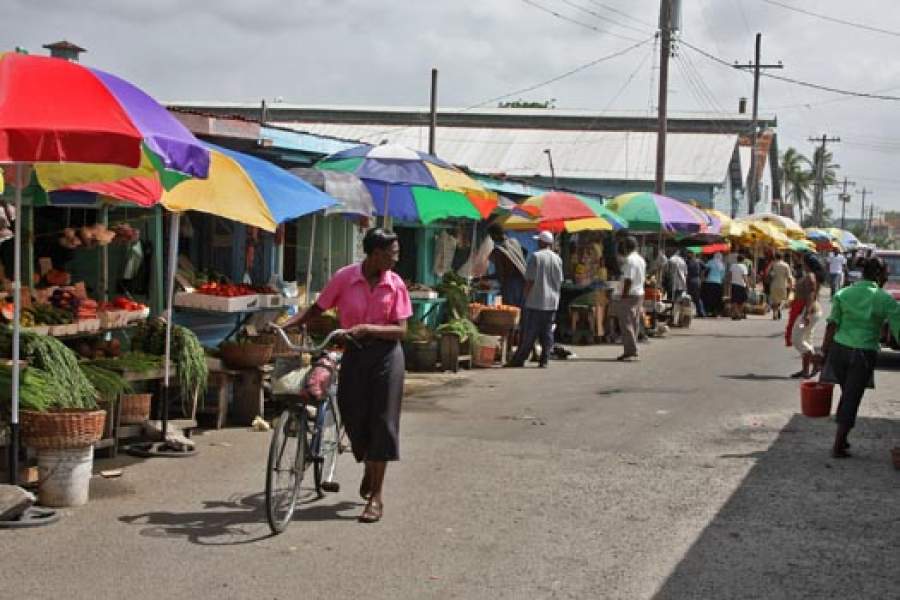 Guyana's official language may be English, but blogger Kendra feels like she's learning her native language all over again.

It all started on the day that I arrived here in Georgetown, Guyana, when I first walked into a market called Bourda.

I had been told it was a smaller market and so I attempted this adventure on my own. Upon arrival, I found that by “small” what they really meant was large and confusing. All alone, wandering around Bourda and being punched in the face with culture shock, I soon realized that I had no clue where to find what I was looking for. Naturally, I began asking people around me where to find certain vegetables and other products and to my dismay, they had never heard of them.

Little did I know that while they did have what I was looking for, I wasn’t using the local terms and so began my lesson in Guyanese words for vegetables.

This plant is native to India. Commonly mistaken as a vegetable, it is actually a fruit. Belangay is very popular in Guyana with many different ways of cooking and serving. In the markets of Georgetown, three can be purchased for 300 GYD, which is equivalent to $1.50 CDN.

I was excited when I saw a sign that said pears and so I purchased three. It wasn’t until I returned home that I realized they were not pears, but what I would call an avocado. In the Caribbean, there are three different types of pears: Mexican, West Indian and Guatemalan. However, in Guyana there is only one type of pear, which is the West Indian.

Channa is a very popular dish in Guyana and is served either boiled or fried. Every restaurant or snackette will sell fried channa. The spices used in Guyanese cuisine compliment the texture and make it a nice healthy afternoon snack. It is sold in either the can, which is pre-prepared, or in the bag, which would need it to be prepared.

In Guyana the color of the calabza ranges from green to red to tan. The skin of the calabza is very tough and is usually sold in the market already cut up into pieces to make for easier cooking. If the calabaza is not cut up you will need a very heavy knife to cut through the skin.

Pak choi in Guyana is a very popular ingredient used in the chow miens and different rice dishes. In the market, similar to callaloo, you are able to purchase three large stalks for 300 GYD.

Kendra Borutski is a recent graduate of International Business and Global Development from Niagara College. Presently, she is interning in Georgetown, Guyana with Youth Challenge International through CIDA’s International Youth Internship Program. Thinking about volunteering? Read up on Kendra’s adventures.