You are here: Home/ Articles/ Volunteer Abroad/ Blogs/ A Day Trip in Madagascar

A Day Trip in Madagascar 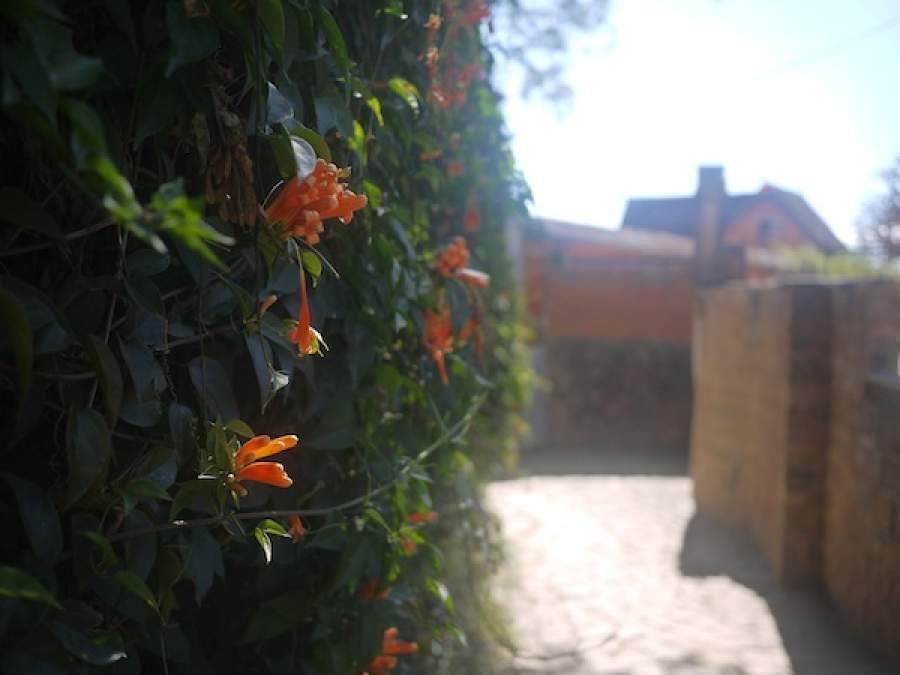 The courtyard of St. Benedictine monastery in Ambositra, Madgascar
By  Charity Yoro

A stroll through the streets of Ambositra re-awakens an international volunteer's senses.

Though it may be known as the artisan capital of Madagascar, Ambositra seems to the seasoned traveller, at least to me, bland and forgettable at first. Its a relatively rural town in one of the most remote countries in the world, lacking in modernity and without the amenities that most travellers these days are accustomed to, like a decent Internet connection or even reliable cell phone service.

And if you first arrive to the city in the early morning, as I did over a year ago, shrouded in a haunting pervasive fog, you feel as if you’ve been transported into a ghost town. When I arrived in March last year, I remember questioning my motives to dedicate two years of my life here, trying to imagine living, realistically, in the mountains. I wouldn’t even be located in the city proper but rather, in a rural community two hours away by mostly unpaved roads. No running water, no electricity, and far too much rice (three times a day too much).

This “big town” of Ambositra would be my closest thing to civilization—with the nearest bank, post office, hospital and most importantly, halfway decent pizza place.I remember having nightmares while moving about rats gnawing on my teeth and forest people coming to steal my oatmeal—though I can’t say if it was from the anxiety of moving to such a strange new place, or the anti-malarial medication I was on. I opted to blame the Mefloquin.

Ambositra has come to remind me of what I imagine an unremarkable mid-western city in the States to be like, a hundred years ago—a place full of cattle and local moonshine. No, it may not evoke visions of what one expects the so-called eighth continent to be—no waterfalls or baobabs or exotic lemurs leaping from trees—but Ambositra is, like all the regions of Madagascar in their own ways, a mysteriously and unexpectedly beautiful place. From its characteristic mud brick homes to its terraced rice fields, its fiery golden sunsets and marketplaces full of sweet mandarins and kumquats, I’ve come to realize that the Madagascan plateau, and Ambositra especially, is not just some dark and dreary souvenir shop stop, but actually a place vibrant with color and rich in citrus. It is refreshing.

Walking Ambositra’s narrow undulating streets, I pass rows of makeshift shacks selling fried breads and overly sweetened coffee, sidestepping barefoot women sitting roadside with their neatly piled produce. Street crossing proves precarious as red painted rickshaws pulled by strong-calved men, passerby plodding along with long gooney sacks of charcoal balanced on their heads, and bush taxis rushing past in a blur of angry honking all seem to target me, the vazaha, the foreigner.

It is a city well known for its handicrafts and I peruse through the woven baskets and hats, silk scarves and embroidered tablecloths, paying particular attention to the unique wooden carvings. There are typical souvenirs catered toward the French tourists—jewelry boxes in the shape of the Madagascar island, nativity scenes posed in front of a baobab tree backdrop—but the more artful pieces, in my opinion, are the traditional aloalo wood carvings, which are totem pole like structures that are used in traditional Malagasy funeral ceremonies. The designs of the aloalo often consist of zebu skulls paired with other shapes and patterns that are said to represent the life of the deceased person. It is a beautiful depiction of the Malagasy people and culture, the reverence rightly given to those who have passed on knowledge and life to future generations.

I stroll down to one of my favorite places in Ambositra, the St. Benedictine Monastery near the north end of town, taking in the lovely views on the long walk to the church—distant clusters of red brick homes, fields of rice and taro, sloping green hills. It is too early now, but I recall a day months ago, while walking with a friend on this same road around dusk, we could hear the nuns singing Malagasy hymns from the chapel. Today though, the monastery is still. I chat a little in Malagasy with the only person around, one of the nuns in the gift shop adjacent to the church, who manages to sell me a jar of guava jam and a slice of the best cheese in town, both made locally at the monastery.

I linger in the courtyard for a bit, appreciating the quiet within its sacred walls. Tonight, I decide, I will treat myself—a hotel room with a hot shower and a romantic comedy on my fully charged laptop. There are worse things in life I think, than spending the night in a little town on the Madagascan plateau, with a plate of fresh cheese and fruit, and glass of traditional Betsileo red wine in hand, disconnected from the rest of the world. 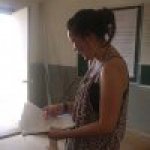 Charity left her home in Hawaii to spend a semester in Thailand; a summer in the Philippines; a year teaching in South Korea; and now a two-year stint volunteering in the remote country of Madagascar. This 25-year-old is working on spreading the gospel of Village Savings and Loans to the Malagasy masses, and keeping her taste for exotic foods satisfied (the latter being the real work).