You are here: Home/ Articles/ Volunteer Abroad/ Blogs/ Volunteering Abroad Forced Me to Face My Own Privilege

Volunteering Abroad Forced Me to Face My Own Privilege 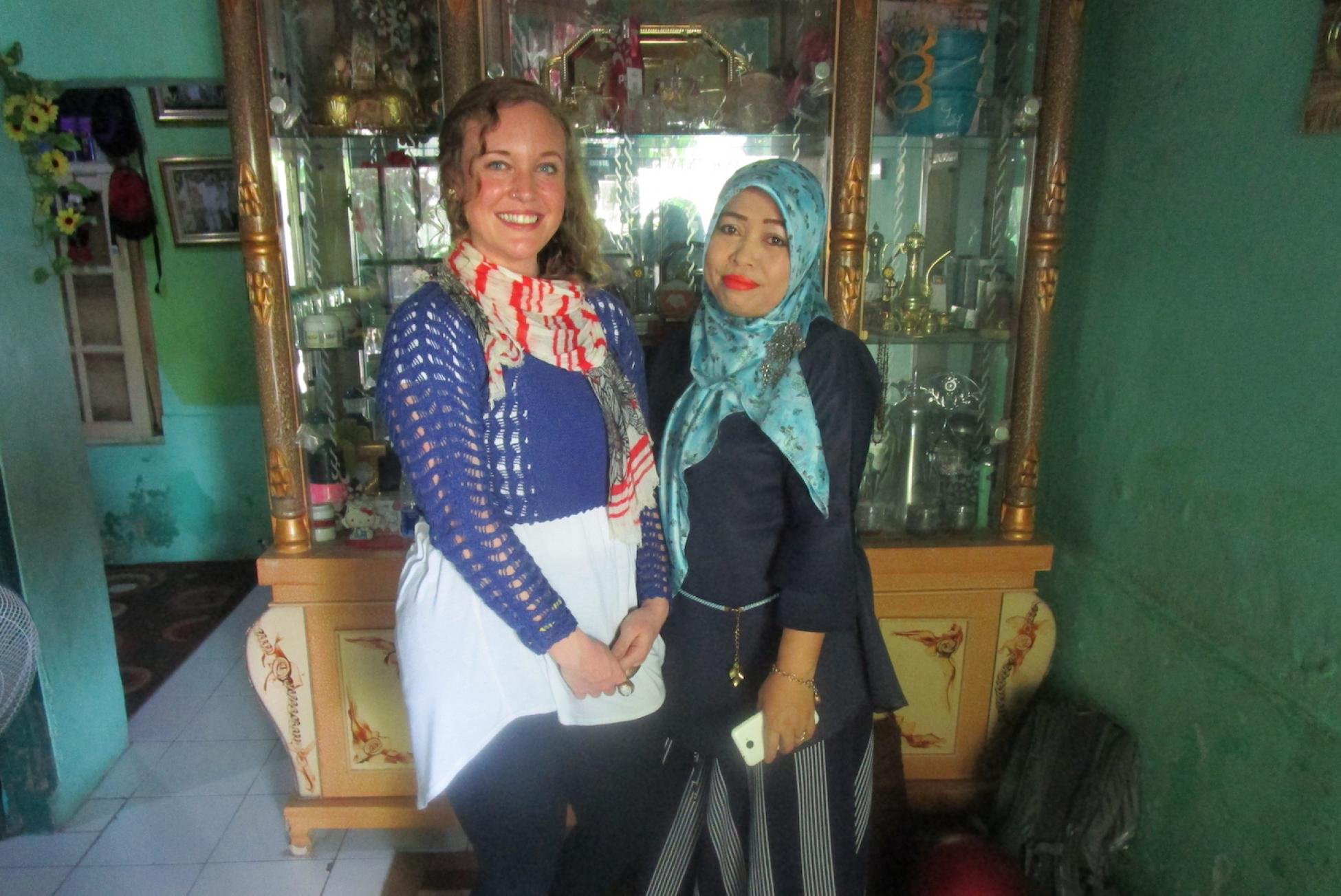 The writer visits with a local family in Cianjur. Sarah Healy
By  Sarah Healy

What I learned as a teacher in Bali.

“Travel isn’t always pretty. It isn’t always comfortable. Sometimes it hurts, it even breaks your heart. But that’s okay. The journey changes you; it should change you. It leaves marks on your memory, on your consciousness, on your heart, and on your body. You take something with you. Hopefully, you leave something good behind.”

The words of the late Anthony Bourdain rattled in my mind as I clung to the motorbike. It plunged into yet another pothole; one in a never-ending series that dotted the roads of the Cianjur region in West Java, Indonesia. The severe jerking motion snapped my jumbled contemplation back into one singular thought — I was not comfortable.

This, however, was not physical discomfort; rather this uneasiness sat entrenched in the pit of my stomach. It was a feeling I could not easily shake or locate its origins. Here I was, in the middle of my great adventure, yet discomfort persisted.

I whizzed past endless acres of green untamed jungle, which periodically gave way to immaculate stepped rice fields cut into rich soil. Ramshackle stalls dotted the roadsides, jam-packed with a curious assortment of products. These ranged from enormous hanging durian fruit, to sickly sweet sachets of instant coffee. In Indonesia, beauty and the bizarre mix seamlessly into one scene.

Yet, the longer I stayed, the more persistently my uneasiness tugged at me. It begged to be understood.

I had travelled to Cianjur to teach English as a volunteer.

Money was always a hot topic of conversation among locals, especially teachers. They talked openly about salary and were very curious about how I could afford international travel and how much I earned. In Australia, I could command $25 an hour for the majority of menial jobs, or nearly 250,000 Indonesian Rupiahs. Needless to say, when I quoted this hourly wage, it was met with amazement. It was equivalent to a month's salary for most teachers in Indonesia.

Ping. I felt that uneasiness rise from the depths of my stomach.

Indonesia is a popular holiday spot for Australians, given its close proximity and affordable nature. I, too, was guilty of choosing Indonesia because I knew my budget would stretch much further. When asked why I chose to come to Indonesia, I was too embarrassed to admit that being a cheap tourist destination was one of the factors. (Although I'm sure they knew.)

Slowly, I began to realize my uneasiness had a name: Shame.

Walking along the streets of Cianjur, my freckled skin clearly stood out.

My presence drew curious stares or was met with high-pitch calls of "Bule! Bule!" A word used in Indonesia, it alerts others to the presence of a foreigner, especially someone of European descent. I was sometimes approached with requests for a selfie, and a few locals even took sneaky pictures. I only realized what they were doing when I was dazzled by a flash before they darted from sight. I christened such individuals " ninja paparazzi." (It made me think back to all the times I had operated in pesky tourist mode. I, too, am guilty of invading the personal space of locals while travelling. I, too, had wanted to capture the image of someone who differed from me; sometime that I might not witness again in my lifetime; a scene to show my family and friends once I returned home.)

Slowly, I began to realize my uneasiness had a name: Shame.

When I watched local TV dramas that I couldn't understand, I noted that lead roles were given to actors with noticeably whiter skin. Grocery stores shelves were lined with skin-lightening products, which claimed to whiten skin or make it glow.

Many of the female teachers I encountered coveted my skin and pointy nose. (This made me laugh as I did not know I had a particularly pointy nose.) One teacher, who was expecting, wanted to touch my nose so that perhaps her baby would be blessed with a similar shaped nose.

It was bizarre to go from being a lowly backpacker to suddenly being treated like a celebrity. My friend had forewarned me before we stepped into his classroom: "Here, you will be treated like a superstar." I didn't feel worthy of such treatment. I was being treated like a novelty because I reflected notions of beauty that had invaded Indonesians’ lives through skincare advertisements.

Yet, these experiences helped me pinpoint why I was feeling such shame and guilt. It was the first time that my status as a privileged white woman was reflected back to me so acutely.

In Indonesia, I was being forced to acknowledge my status as a privileged white woman.

As a traveller, I face very few obstacles and hardships. If I wish to visit a country I am usually granted free entry or can acquire a visa quite easily. I have never been refused entry into a country based on my origin or status. And the truth is that my perspective is only a very thin sliver of the wide perspective that exists.

Although I had experienced feelings of guilt before, I had never felt it this intensely. As a volunteer who was residing with a local family, my status and privilege was constantly highlighted.

I felt angry that this perception of "white is better" or "white is more beautiful" pervades the Indonesian culture. It felt wrong to be revered because of the colour of my skin. I began to carry around guilt, unsure of what to do with it.

My feeling of shame and guilt gradually grew and tumbled into the arena of anger.

I searched for a way to process what I was experiencing. That is when I stumbled across a sage passage written by bell hooks , acclaimed feminist theorist and cultural critic, who explores issues of race, class and gender: “Privilege is not in and of itself bad; what matters is what we do with privilege.”

The truth contained in these words immediately stopped me wallowing in my shallow puddle of guilt. This was not doing me any good. It was not doing anyone any good. I cannot help the fact that I was born with certain privileges. No one can.

It was clear that I had two choices. I could choose to slowly drown in indulgent self-pity, remain disempowered and take no action. Or I could choose to take ownership of my own position and figure out a way to put my feelings to good use by taking action.
I chose to write.

My journey to Indonesia was not always comfortable. I also navigated squat toilets, was struck down with food poisoning and confronted with birds' feet at mealtimes. Yet, oddly, I am glad that I was uncomfortable. It forced me to face up to my status and expanded my perspective to a point that it can no longer go back to the way it once was. The journey has changed me. It has left its mark on me. In return, I hope to leave something good behind.

I began to write this article for an entirely selfish reason. I wished to seek an antidote to my feelings of shame as a privileged white traveller. There is none. The only way through is to seek to fully understand this shame. In doing so, I hope to leave something good behind.