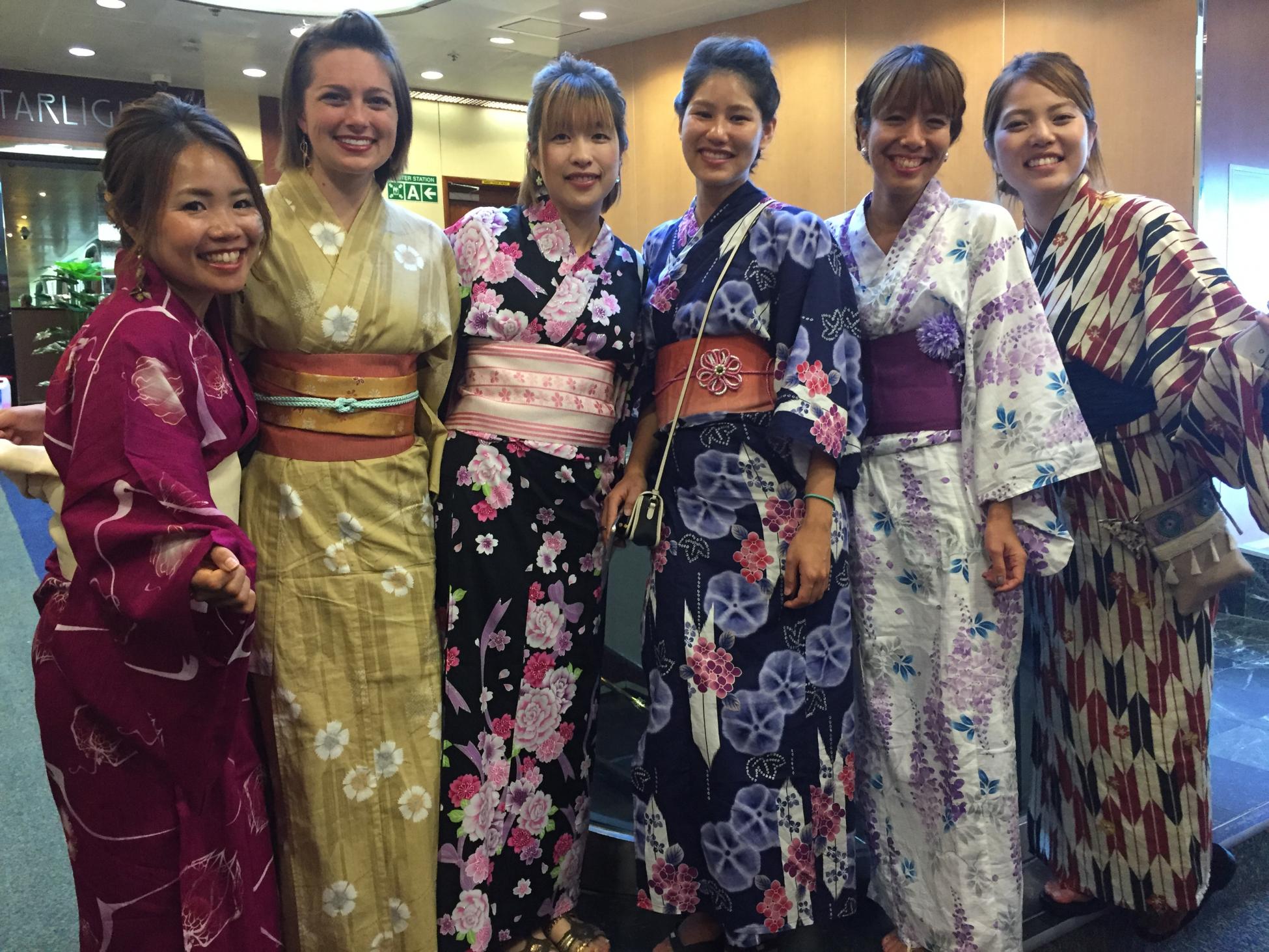 Breaking down stereotypes aboard Peace Boat.

As a GET Volunteer teacher, I am expected to perform duties outside of teaching group classes, private lessons, and organizing GET-specific events. Some of these other duties include greeting passengers at important ceremonies on the ship, or assisting passengers on and off the ship while we are in port. We are also encouraged to do "self-organized events," where we can share our expertise on certain topics or host workshops that teach new skills such as dance, photography or language.

Further distinguishing Peace Boat from other cruise lines, self-organized events are perhaps one of the most unique aspects of onboard life. In addition to events organized by Peace Boat staff, any Peace Boat passenger can reserve a time and a venue for an event they’d like to host. In fact, we often refer to passengers as "participants" because of their active role on the ship in planning events, workshops and presenting their talents.

It is difficult to understand the challenges unique to growing up part one thing, part something else, and often being forced to choose one of those parts over the other depending your environment.

Since there are nearly 1,000 passengers on the ship, each day is booked with events from morning ukulele practice to evening fashion shows. I have seen participants teach others how to make a whistle out of a straw, sing Chinese poetry, do yoga, paint a sunset on a postcard, make origami, do calligraphy, compete in Mahjong tournaments and even share their knowledge about pirates off the coast of Africa.

Having accumulated years of experience in event planning, I was excited to see that such opportunities were also available to us teachers and immediately began searching for a way to get involved. Thus far, I have collaborated on a panel for LGBTQ+ awareness, an introduction to Italian language and culture, and a hip-hop dance workshop.

Having collaborated on these events, combined with the supportive atmosphere of Peace Boat, I developed the courage to take initiative and organize events about other topics I am passionate about. To date, I have organized an event about multicultural identity, taught a hula dance workshop, and hosted an art workshop. Of these three events, I am most proud of the one about multicultural identity because it significantly affected audience members and contributed positively to a more inclusive and diverse onboard environment.

Initially, I wanted to host a discussion workshop where I could share about the successful community event I had organized in Japan that focused on multiracial identity. The event was sponsored by the United States Embassy in Japan, and people from all over Oita Prefecture joined it to discuss issues unique to multicultural identity. Given that Peace Boat is a Japanese NGO, I thought passengers would be interested in hearing about this topic and learning more about people and families from culturally diverse backgrounds living in Japan.

Ultimately, instead of presenting the takeaways from the event I had organized in Japan, I decided to host a new event entirely. I invited two fellow GET teachers to join me in a panel discussion workshop on multicultural identity. We felt it was important to share about the complexity of our respective identities being Native-American, Cuban-American, and Jamerican (Jamaican-American) prior to arriving in New York City, Cuba and Jamaica.

Many people in the audience were unfamiliar with the concept of being mixed race or being raised according to the values of multiple cultures. After sharing about my Native-American identity, one man in the audience told me that he could understand my story with his head, but he could not feel it with his heart. While living in Japan, I heard comments like this often.

It is often said that Japan is a homogenous society; meaning there is little diversity regarding religion, language, race or ethnicity. Therefore, it is difficult for people, such as this audience member, to empathize with others who have a more diverse ethnic or cultural background. It is difficult to understand the challenges unique to growing up part one thing, part something else, and often being forced to choose one of those parts over the other depending your environment.

In order to address this gap of being able to relate to us on a racial or ethnic level, my fellow teachers and I played a game with the audience members. The game did an excellent job of illustrating how sometimes people are forced to choose between multiple parts of their identity. During my presentation, I had spoken about being allowed to check only one box for my ethnicity on my college application form. I didn’t know whether to check "white" or "native-American" because I am both.

To demonstrate this feeling to passengers, one of the instructions we gave to audience members was, “if you are wearing shoes, please sit down. If you are wearing socks, please stay standing.” It took a little while for people who were wearing both socks and shoes to decide whether they would sit or stand. The discomfort and confusion the passengers felt while making that decision was parallel to my own discomfort and confusion when I had to decide what box to check on my college application.

Another takeaway from the activity, was that we all make assumptions about people based off of how they look or where they are from. For example, if they are super tall we might assume they are a basketball player. Or, if they are American, we might assume they love cheeseburgers. Neither of these assumptions are necessarily true, of course, although, they are stereotypes that might lead us to speedy conclusions about a person’s identity before we have even had a chance to get to know that person.

It was our hope that this activity would help everyone to generalize less based off of how people look or where they are from. Rather, let people define for themselves who they are. This is especially important on Peace Boat, as there are passengers from countries all around the world who share complicated and sometimes terrible histories with one another. Assuming who someone is based off of the passport they carry, the language they speak, or the colour of their skin is not acceptable, and I think most people on Peace Boat realize this as they try to make deeper connections and understand one another.

There is only about a month left on the ship as I type this article, and I am excited to announce that myself and a fellow teacher will soon be hosting another event where we present our "Peace Project" that we have been working on throughout the entire duration of the voyage. I am honoured to be in such a position to be influenced by and contribute to the educational environment onboard. Stay tuned for an article on the Peace Project! 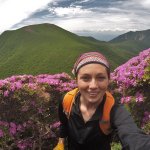