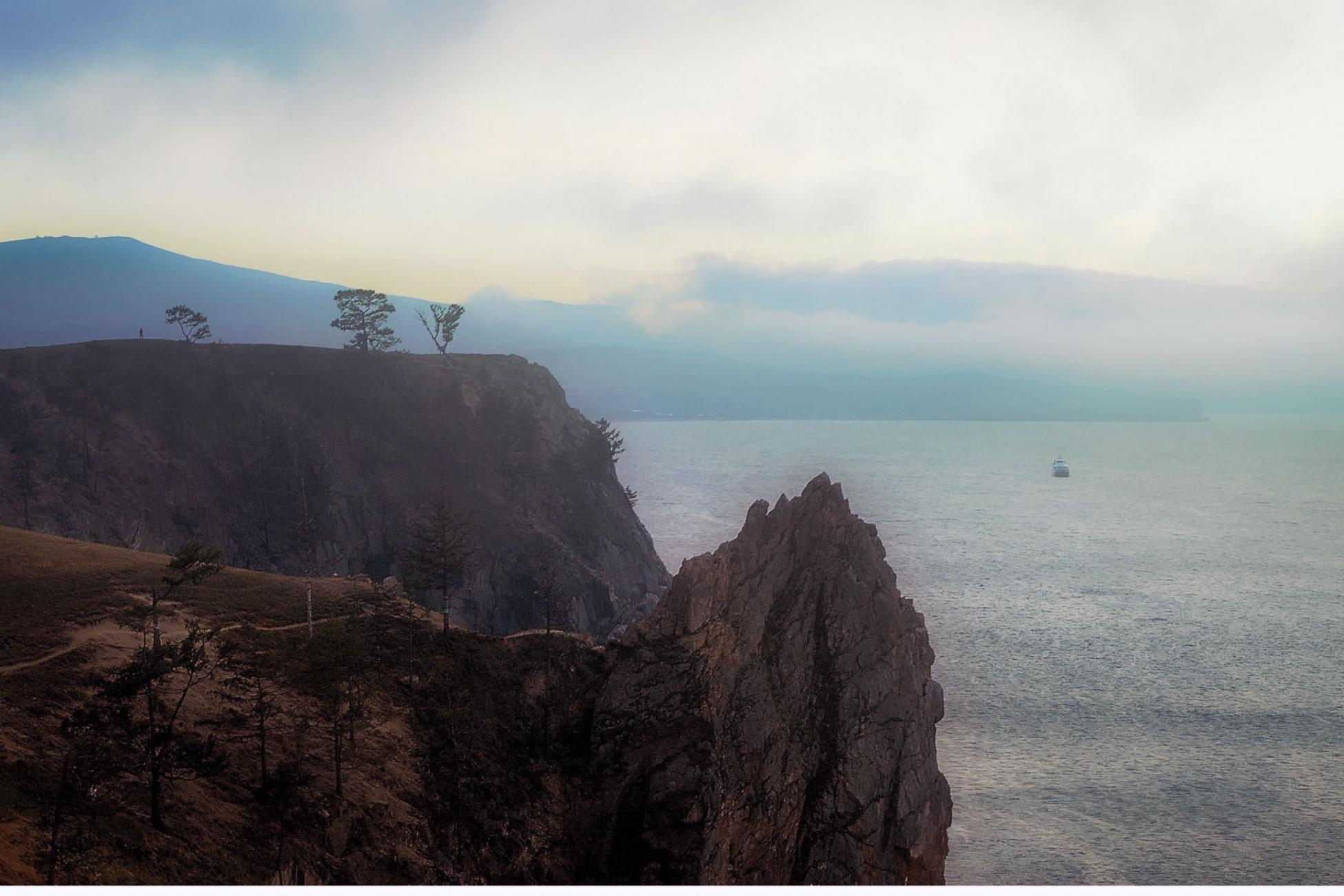 I have to admit I was skeptical about the Great Baikal Trail Association at first.

Although it describes itself as an environmental organization, its primary goals are to build trails in virgin wilderness and increase foot traffic around Lake Baikal, a UNESCO World Heritage Site.

Lake Baikal, in Siberia, is the world’s oldest and deepest lake, containing a fifth of the world’s fresh water.  The environment is unique.  Surrounded by low, jagged mountains, the Baikal region is a semi-closed environment, with only one river draining it.  It is home to over 1,000 endemic species—many of them endangered.

Most of Baikal is inaccessible, with few local trails and almost no roads.  In fact, 95% of the shoreline is completely undeveloped.  One of the most beautiful places on Earth, it is also one of the most isolated.

Ironically, the GBT is working hard to change this.  Does chopping down trees, trampling the ground and attracting people into untouched areas really count as environmentalism? Is ecotourism really eco?

Despite my reservations, I volunteered on the project and over time, I have come to understand.  Although Russia boasts more protected land than any other country in the world, it is in constant political peril.  Stalin and Kruschev both eliminated many of Russia’s old parks. and recent signs from President Putin are ominous.

Major oil companies are pressing to build pipelines through this seismically active area.  Oil drives the Russian economy; in fact, the only healthy sectors of this impoverished country’s economy are those involved in environmental exploitation.  As Russia is only nominally a democracy with a severely restricted press, environmental advocacy has its limitations.

Environmental activism is inherently confrontational, mustering force against force.  Ecotourism on the other hand, is like a martial art, channeling others’ forces for its own uses.  Rather than fight business and development, it seeks to strengthen eco-friendly businesses and direct development towards environmentally sustainable projects.

Environmental impact studies have shown that the region can support 100 times the current tourist traffic with little damage, and ecotourism could bring in enough money to dwarf anything industrial development can offer.

Does chopping down trees, trampling the ground and attracting people into untouched areas really count as environmentalism? Is ecotourism really eco?

Once the region’s economy becomes dependent on a healthy environment, one can expect considerable pressure from business and the local government to protect the environment.  Instead of local communities seeing protected lands as a barrier to prosperity, protected areas become the source of prosperity.

The GBT lays the groundwork for this – the trails - and lays it in the most ecologically-sensitive way possible.  An extensive, well marked trail network decreases pressure to build new asphalt roads, and well made campsites encourage hikers to stick to set locations, rather than cutting their own paths through the brush and trampling through ecologically sensitive areas.

So far, things look good.  GBT’s first field season in 2003 was a success, with 40 miles of new trail constructed by volunteers from around the world, including Canada.  Over a dozen new projects were planned for summer 2004 and support from local volunteers has been overwhelming.  The GBT is also attracting considerable support from local businesses and governments.

So can cutting down trees be a form of environmentalism? I believe it can be. The result may be that Baikal loses some of its remoteness, but perhaps that is a good thing.  If people cannot enjoy and appreciate its immense beauty, what reason will they have to protect it?