Will Work For Scenery - Conservation Volunteers in New Zealand 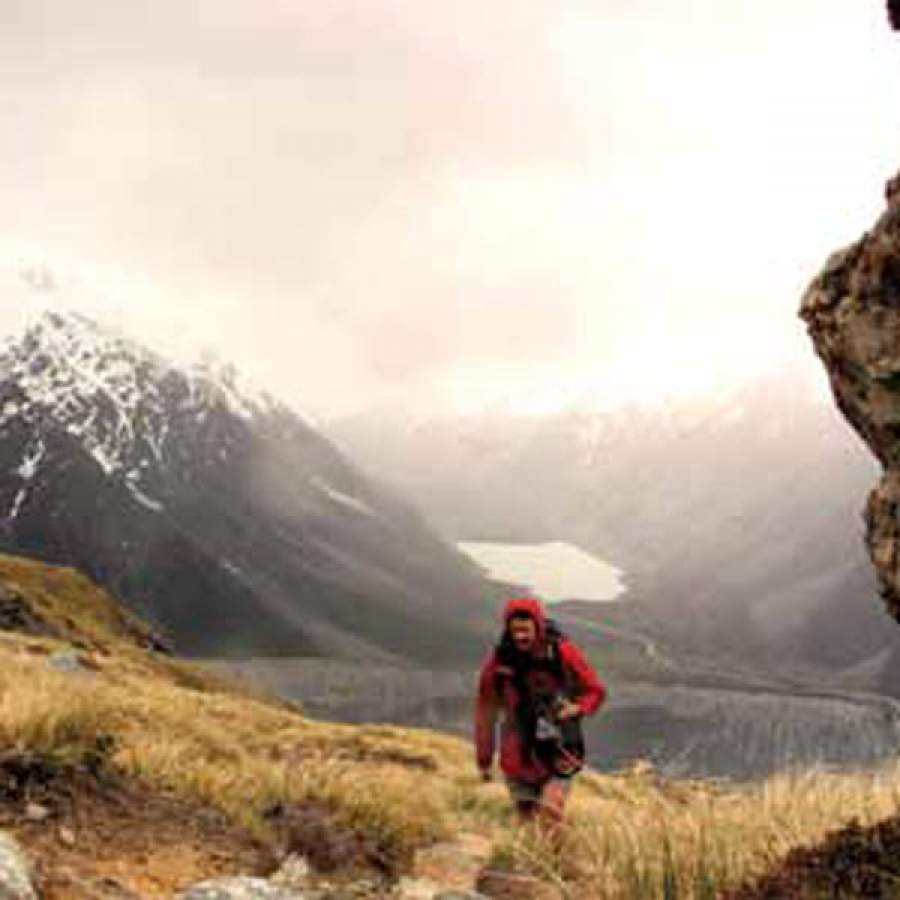 When Joseph Otari declared the forest he owned just outside of Wellington protected land, he was defying the times.

During the early colonial land clearing days, there wasn’t much that was spared. His foresight would result in one of the most comprehensive collections of native New Zealand plants.

So when an area of severely degraded land teeming with invasive weeds began to rub elbows with the Otari-Wilton Reserve, conservationists and the city council knew they had to work quickly to stop the damage from spreading.

But to restore the already degraded land with native species while maintaining the unspoiled reserve was a chore too big for even the most determined conservationist. They decided, instead, to call upon volunteers.

Four years later, with overseas volunteers taking on much of the reforestation work, the land is experiencing a rebirth. To walk among the budding trees with their still snap-able trunks is to see New Zealand the way it may have looked as a toddler. Not only is the project heralded as a success in native bush restoration, but also in volunteers’ ability to play a vital role in the conservation effort.

“Volunteers have been absolutely crucial,” said Jonathan Kennett, who co-manages the Otari-Wilton Reserve restoration project. “There’s no way this would have succeeded without them. And they’re not just working for New Zealand; they’re working for the global environment.”

New Zealand is facing increasing environmental challenges and the Department of Conservation is busy trying to keep New Zealand green. But like Kennett and his team, they can’t do it alone. Many travellers to New Zealand are spending their holidays digging, planting and weeding as conservation volunteers, and they’re doing so at their own expense.

“Instead of using all the paper in the world, you’re planting trees and replacing them,” said Briton Anna Evely, who volunteered in New Zealand for one month. “Instead of taking from the country, you’re actually giving something back. I felt like I left my mark by the trees I planted in New Zealand. As well as going somewhere and taking in all the beautiful scenery, I’m actually helping to make it more beautiful.”

Among the biggest environmental concerns for New Zealand is introduced species, which have nearly wiped out many native birds and insects and left the country’s biodiversity fragile. The only land-mammals native to New Zealand are two species of bat —so birds and plants evolved over time without the threat of possums, rabbits, stoats and invasive weeds, all of which have been introduced through the years into an environment that hasn’t been able to cope with the over-qualified predators.

Collectively, possums eat 21,000 tons of vegetation per day and New Zealand’s native bush is growing thin. Stoats, members of the weasel family, stalk the land with no real natural competition or threats. Many native birds, including the kiwi, have disappeared from the forests.

“We need volunteers because the conservation challenges we face here are so huge,” said Toby Malcolm, team leader of the Global Volunteer Network’s New Zealand volunteer program. “These challenges are almost entirely human-induced, and they’re not going to go away without intervention.”

"Volunteers have been absolutely crucial. There's no way this would have succeeded without them."

“I’ve always wanted to come to New Zealand,” says Helen Winser, a resident of England who volunteered in New Zealand for three months. “I heard so many horror stories about places being destroyed by tourism and I didn’t want to come here and do that. I thought, if I could come here and volunteer, I could give something back rather than just take something from the environment.”

Volunteers are also drawn by the opportunity to experience the country in a different capacity.

“As a volunteer, I really could experience the ‘soul’ of New Zealand by working to preserve it,” says Mandy Reina, from Texas, who volunteered for two weeks. “I saw parts of New Zealand that tourists never will by getting down on my hands and knees and planting trees that will be there for decades to come.”

The work that volunteers are involved with in New Zealand includes weeding, planting, conducting seal and stream surveys, predator control and reserve and park maintenance.

Conservationists are hoping that the work done by volunteers in New Zealand will result in action taken at home.

“It’s always worth remembering that although New Zealand seems like a clean, green country, environmental degradation is happening here too,” says Browyn Wall, who manages the Otari-Wilton Reserve with Kennett. “But I think the message that volunteers can bring home with them is: it’s never too late to start.”