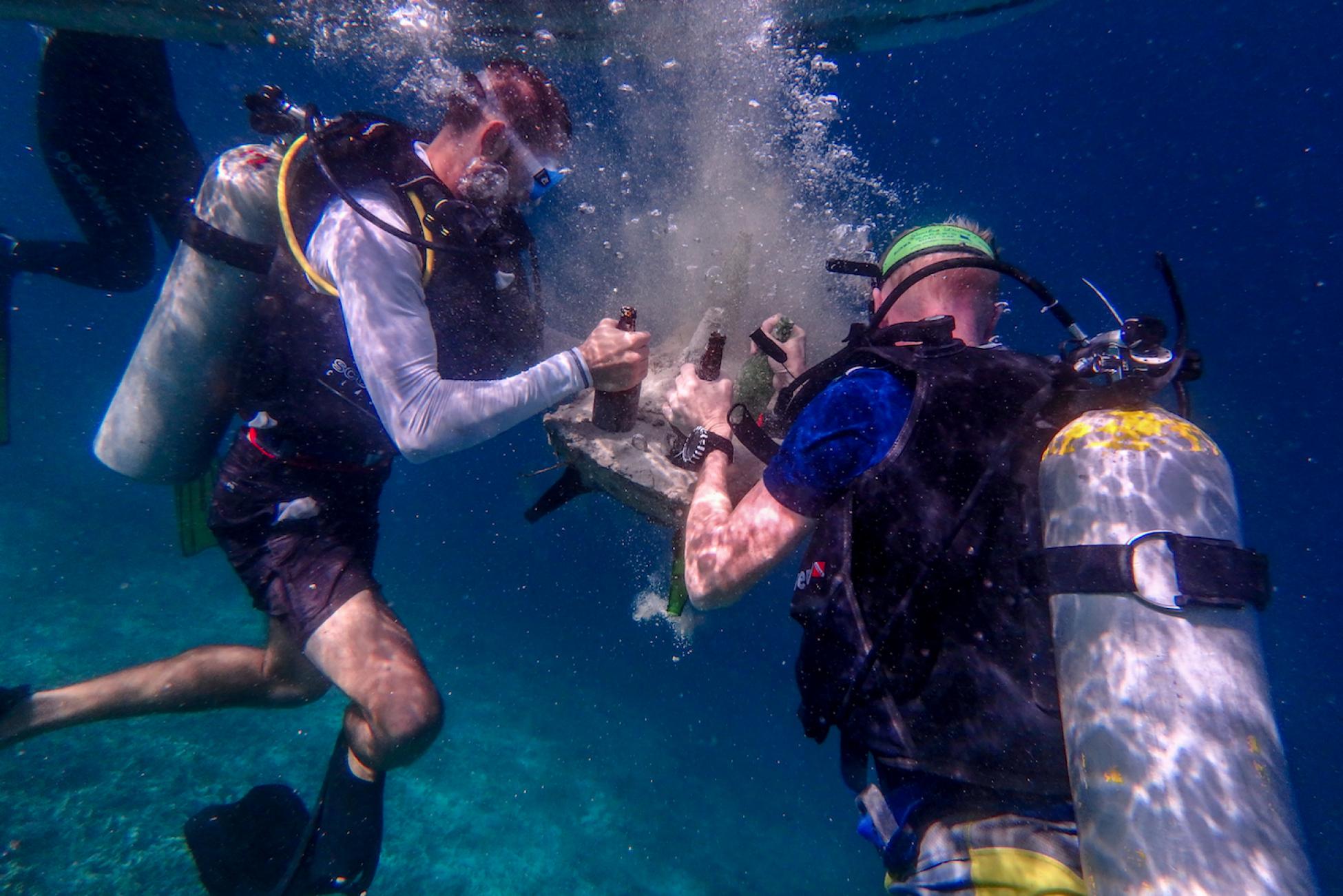 In Southeast Asia, volunteers are working to rebuild coral reefs one beer at a time.

It’s day’s end in Southeast Asia’s Coral Triangle. On remote Pom Pom Island, just off the coast of Borneo, a small group congregates on a wooden jetty to watch the sun go down. Cold beers in hands, legs dangling, they carry on a conversation about who saw what nudibranchs that day.

A sunset beer is enjoyable anywhere, but for those gathered here, the satisfaction runs deeper. They are marine conservation volunteers and their drinking is helping to save the ocean—or so they joke.

The loss of coral reefs—due to ocean acidification, thermal stress and direct physical damage, all linked to human activity—is a global issue. If temperatures of ocean waters continue to increase at their current rate, 70 to 90 per cent of the world’s warm water corals reefs will die by 2050, according to a 2018 Intergovernmental Panel on Climate Change report. In Southeast Asia, 95 per cent of reefs are already classified as threatened.

It’s a problem with very real consequences. The United Nations estimates that over three billion people depend on the sea as a primary protein source—and reefs are home to 25 per cent of marine life.

"Corals are a nursery for most of our pelagic fish, which most of the commercial fishing industry depends on. No reefs, no fish, no food," says Joachim Naulaerts, science officer at Tropical Research and Conservation Centre (TRACC).

At Pom Pom Island, fish bombing—an illegal method of fishing that decimates coral reefs—is primarily to blame. A survey conducted by TRACC in 2010 indicated that the top 10 fish species usually present on healthy reefs were entirely absent. That’s why for the past seven years, TRACC has been creating artificial reef structures, giving coral and fish a new home amongst the rubble left by the explosions.

TRACC is not alone in its efforts; other organizations offer moulded concrete structures for this purpose. However, the costs of the moulds and training people to install them can be prohibitive, which is why TRACC has designed a simple and cheap alternative that can be easily rolled out in local developing communities: Reefs made of empty beer bottles.

"We use something we consume for pleasure to make something so useful," says Naulaerts.

Empty bottles to the rescue

TRACC’s "easy and cheap" policy means utilizing whatever is to hand—which in this case, is glass containers, including beer and whisky bottles and jam jars. An ocean-friendly material, the glass is coated with concrete to roughen the surface and reduce light reflection. The result is a viable surface for corals to grow on. (The lead time for a "whisky bottle reef" is longer than for a "beer bottle reef," but that’s only because good sense does occasionally prevail.)

The lead time for a "whisky bottle reef" is longer than for a "beer bottle reef," but that’s only because good sense does occasionally prevail.

Once finished, the artificial reefs are dropped into the water, where they’re guided into place by volunteers diving with inflatable devices designed to lift the heavy concrete. This keeps them above the ocean floor, preventing damage to existing corals.

Next, it’s time for "coral gardening." Volunteer divers collect still-living coral fragments broken off by recent fish bombs, which are then planted on the artificial reefs. Once stabilized, they can recover and grow. Some don’t make it, but the majority do. There has even been some self-seeding observed, where floating coral polyps have attached to bottle reefs of their own accord.

While coral typically grows extremely slowly, the results in less than a decade have been dramatic. Despite their shoestring budget, TRACC has successfully installed more than 850 artificial reefs, extending the reef by 400 metres. Today, a sea of life has replaced what were once barren underwater rubble fields—according to a 2017 TRACC study, the new reefs are home to 245 species of fish and 167 invertebrate species.

It’s working, but there are still challenges to overcome—including a race against time. The reef TRACC has been working on sits on an unstable slope of coral rubble. Without stabilization, the new coral is at risk of being smothered by rubble "landslides." TRACC’s marketing director Felicity Finlayson says that they struggle to secure funding, which also makes it difficult to share their methods with local communities.

"It’s frustrating when we have so many projects and initiatives that we just can’t afford to implement," she says.

For the volunteers though, there’s always a reason to return. Scottish divemaster and four-time volunteer Molly Scott has witnessed the reef’s change firsthand. Each time she returns, there’s more fish living inside the corals she helped build the year before.

"It’s very hands-on, real conservation work," she says. "Having seen the reef grow like it has is brilliant."

While reef rebuilding is certainly not a fast process, the impact here is evident. Once the new reef is stabilized, TRACC will focus on extending their methods to benefit other communities and organizations. In the meantime, they’ll be celebrating their success to date by raising a glass (or jam jar) to marine conservation.

To find out more, visit tracc.org.

This article originally appeared in Volume 19, Issue 2 of Verge Magazine. 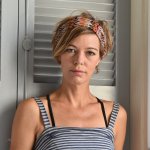 Elizabeth Fitt is a photojournalist specializing in environmental and sustainability issues and the human impact of conflict. She currently works out of Lebanon, having spent 2018 in Borneo. She likes her eggs poached, and crochets hats to unwind.