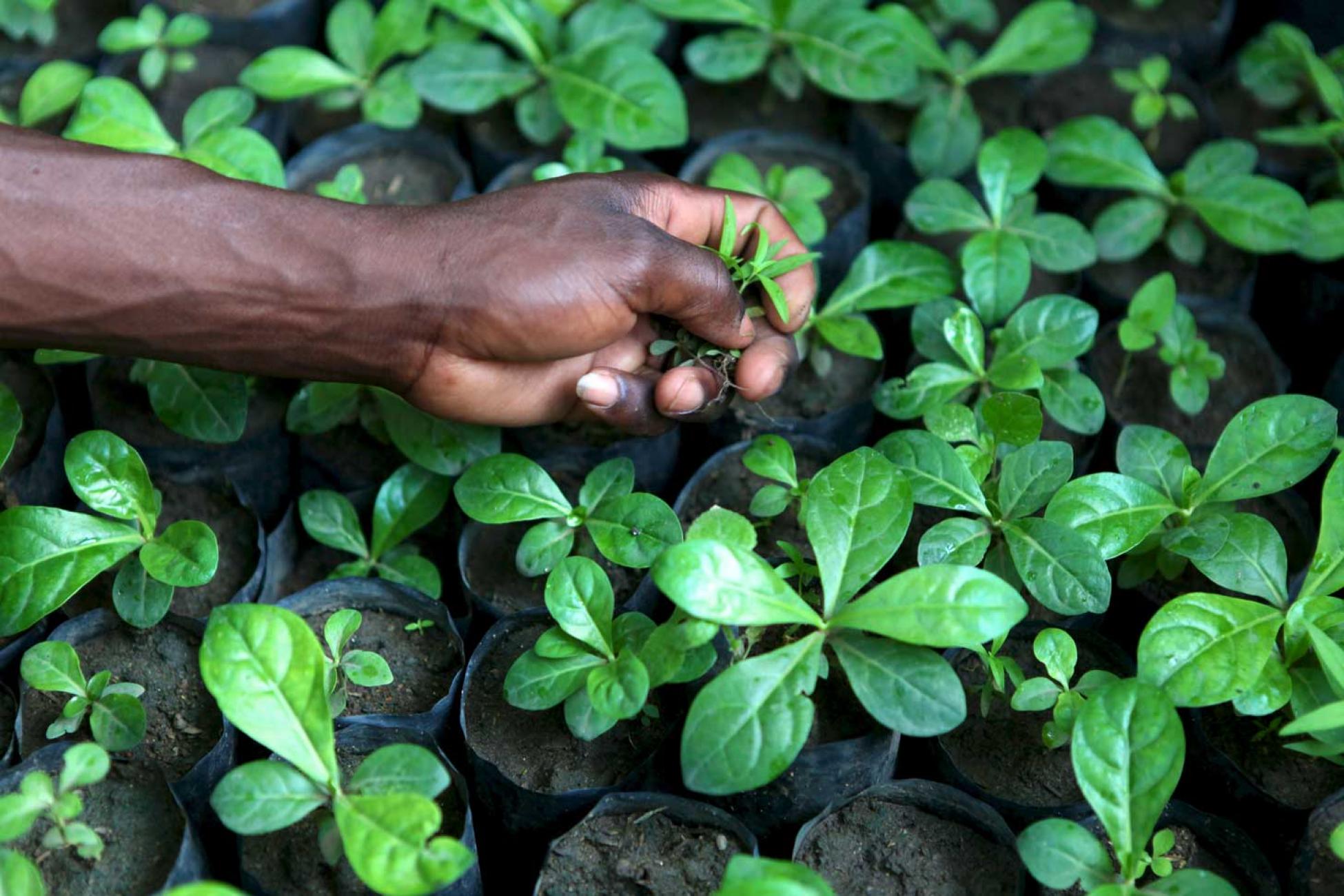 Each year in Tanzania, an area of natural forest nearly the size of Rhode Island is cleared. Local communities and international volunteers are working together to change that.

A group of about 30 people sits scattered on the muddy, freshly dug bank of the Mwenga River in the Iringa region of Tanzania, roughly 500 kilometres west of Dar es Salaam. There are rural villagers, Tanzanian nationals from other parts of the country and internationals—or muzungus, as they’re affectionately known here. They chat, laugh and teach each other words in their native languages as they push damp earth into hand-sized polythene tubes. The group will fill up to a 100,000 of them.

It is an unusual scene here in the small rural village of Isipi, located in the Eastern Arc Mountain Forest Chain, one of the oldest and most biologically diverse forests in the world. Accessed by a rough drive down a dirt track, it lies two hours from the nearest stretch of satisfyingly smooth tarmac. The muddied diggers are volunteers on a project delivered by Raleigh International, a UK-based sustainable development charity, in partnership with Tanzanian Forest Conservation Group (TFCG). The project aims to help preserve Tanzania’s rapidly disappearing native forests. The volunteers’ soil stuffing is the precursor to growing Mexican weeping pines, a species native to Central America, which grows quickly here at high altitude. The pines will provide firewood with their lower branches as they mature, and eventually money-making timber with their fully grown trunks, sparing the natural Tanzanian forests.

Getting to grips with deforestation

Each year, between 300,000 and 400,000 hectares of Tanzania’s forests are cleared, according to the National Environment Management Council (NEMC). It’s an area nearly the size of Grand Canyon National Park; almost as big as Prince Edward Island. Entire wildlife habitats are lost or left so fragmented that wildlife movement is impeded. The country’s water supply is also irreversibly disrupted. It’s a pretty big deal. Although the government has policies to protect native forests, they’re hard to enforce and local people often put immediate economic benefits gained from the forests ahead of long term sustainable management. 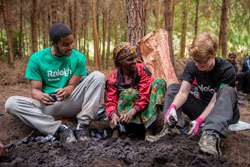 A major cause of forest degradation in Tanzania is the dependence, especially amongst the rural poor, on timber for building materials and for heating and cooking. Most rural Tanzanians, and often those living in urban areas as well, don’t have access to gas or electricity. More than 90 per cent of the country’s energy needs are met by burning wood and charcoal. Forests are also cleared for agriculture, infrastructure, commercial logging and mining. “Many [Tanzanians] are aware of protecting the environment. The issue for the community is that for years it has been the only way to get their income.”

Ally Cosmas, a 26-year old volunteer from the Tanzanian town of Morogoro, has been working with Raleigh International in a small village that is heavily reliant on the economic benefits of its nearby forests.

“Many people are aware of protecting the environment. The issue for the community,” he adds, “is that for years it has been the only way to get their income. It’s hard to find an alternative income source to timber here.”

The Raleigh and TCFG project is about much more than planting trees. Working together for three months at a time in rural communities, the volunteers are raising awareness of environmental issues and the importance of forest conservation. They hope to increase a sense of stewardship towards the local forests, and to promote alternative ways to make money that are less damaging to the environment.

Adam John Mgovano works for TFCG and guides Raleigh’s volunteers on the ground: “Before the arrival of TFCG, deforestation was high. The community was opening a new farm and cutting down the natural trees. It was a big problem. Once TFCG was established in a village we provided education about how to conserve the natural forest. The people come to realise the importance of natural forest and don’t cut it down."

Mgovano says that working with the Raleigh volunteers, the knowledge exchanged and their close cooperation with the community was positive in every way.

An international family of volunteers

A group of 14 volunteers from all over the world adjusts to community life, staying in the homes of local families and working alongside community members to germinate the saplings. They will be used by the community to re-forest hundreds of acres of land. The volunteers also host events that promote knowledge-sharing about environmental problems and solutions.

Shohei Hayshi, 21, travelled from Japan to join a Raleigh group in Tanzania. He spent the summer building a 30,000-sapling tree nursery, creating a forest fire break and teaching children at the local school about environmental protection. For Hayshi, one highlight of the experience was organising a mini-Olympics and dance performance in the village of Lulanda, which brought together 80 people from the community.

“The atmosphere was fantastic,” he says. “It really unified [the Raleigh] group and the families who we were staying with.”

“I think that the community will remember our commitment and enthusiasm and that this will have a lasting effect, encouraging others to promote sustainable use of the surrounding forests in the future. I believe the tree nursery which we helped plant will provide a sustainable way for the community to harvest wood and it will also increase the biodiversity of the area.”

The community and environmental benefits are considerable, but Atlantic City resident, Steve Freeman, who volunteered his time to photograph work being done on the project, says there are many other aspects which volunteers can benefit from.

“Raleigh has made me more aware of the amounts of everyday resources—which most westerners take for granted—that I use in my life,” he says. “Watching women carry large buckets of water up steep hills numerous times per day really puts into perspective how lucky most of us are to have running water. And after being a part of a project that literally had a hand in planting over 100,000 trees, [it] shows how simple it is to be able to replant a tree when one is removed.”

On a professional level, Freeman says that volunteering to photograph the Raleigh project allowed him to hone his photography skills and use them for a worthy cause. “I know my photos are being used to recruit more volunteers and to spread the message of how everyone has the ability to make a difference.”

Raleigh International is a sustainable development charity working in Borneo, Costa Rica and Nicaragua, Nepal and Tanzania. They recruit, train and deploy young volunteers and volunteer managers on five, seven and ten week expeditions which are focused on sustainable, lasting change. Volunteers benefit from supported personal and professional development opportunities throughout their expedition, and a chance to explore some of the most beautiful, unexplored areas of the world on this challenging adventure.

You can find out more and apply here!