It’s Friday night in Mastatal, Costa Rica. A mix of locals and gringos mill around an open-air bar along the only road passing through the tiny jungle town. Crooked speakers poke out of holes in the wooden wall, alternating Latino salsa standards with out-dated American pop hits. When a song by Eminem comes on, a young man from upstate New York comes alive like a life-sized marionette, demonstrating pop-and-lock dance moves. Everyone at the bar stops what they’re doing and gawks, impressed.

Not to be outdone, a local gent, face wrinkled and worn, starts dancing too. He clasps his hands together and shakes them jerkily side-to-side, raises them over his head, then slaps them down on his hips. The bar patrons look bemused as he shuffles along and repeats the move.

The remote jungle outpost of Mastatal is increasingly attracting visitors who are looking for hands-on volunteer opportunities related to sustainable living—from organic farming to natural building. Here, the traditional rice and bean campesino culture is still very much alive. Situated in hilly Western Costa Rica near the forests of La Cangreja National Park, Mastatal is three hours by bus to the nearest town of any significance. Its remote location gives the region an off-the-beaten track appeal, while ensuring that volunteers are immersed in authentic traditional culture.

Fifteen years ago, few foreigners visited Mastatal. That changed when Americans Tim O'Hara and his wife Robyn moved from Seattle to Costa Rica in 2001 and established Rancho Mastatal, an environmental learning and sustainable living centre.

The two met while working for the Peace Corps in Uruguay in the mid ‘90s; an experience that made them decide to start up a project of their own in Latin America. Their search eventually led them to Mastatal.

"It was almost a backwater at the time," recalls Tim, a youthful 44-year-old. The roads would often wash out in the rainy season and communication was difficult because there weren’t any phones or Internet. However, the couple developed a volunteer program as soon as they arrived, making Rancho Mastatal the first farm in the area to accept workers who would “pay and stay.”

Once word got out about a way to learn about sustainable living in a stunning setting, more volunteers kept coming.

“We needed volunteers to make it work,” says Tim. “We were just trying to get anyone in our doors to help us and get a little extra income.” Once word got out about a way to learn about sustainable living in a stunning setting, with affordable accommodation, more volunteers kept coming. Today Rancho is a thriving community hub where you can learn about everything from agroforestry and fermentation, to natural building and timber framing.

There are four other farms in a two-kilometre radius offering volunteer opportunities and more focused multi-month internships related to agriculture. One of the most popular is Villas Mastatal, a fruit and vegetable finca perched on a scenic hilltop. The farm is run by 33-year-old Javier Zuniga and his wife Raquel Garcia, both who grew up in the area. Javier saw what Rancho was doing and was inspired to start something similar. Like the rest of Costa Rica, eco-tourism is one of the primary sources of income for the community of just over 100 people. He says that the influx of visitors had a positive economic influence in the region—so he transformed Villas into an education farm.

For local youth like 28-year-old Junior Hernandez Perez, the influx of volunteers into the area provides an opportunity to learn English and earn an income. Without his job at Rancho, he would have to seek work elsewhere. “I prefer it here” he says. “The tranquillity, having rivers to swim in, having friends nearby.”

Over the years, Rancho has shifted away from accepting short-term volunteers. “If a community is dependent on transience, it becomes a mental illness; we all go a little crazy,” explains Tim. Rancho now only accepts volunteer interns who stay for an intensive six-month program in sustainable living: permaculture, natural building and homesteading.

Tim says the background of their interns runs the gamut, but that they select individuals who are serious about applying the skills they learn after they return home.

Javier of Villas is also shifting towards volunteers who stay for longer periods. One such intern is Lauren Johnson, a 23-year-old from Utah. A lifelong environmentalist with an interest in food systems, Johnson was looking for a volunteer opportunity on a farm where she could learn about tropical forests.

She also chose Villas because she wanted to live with a Costa Rican family and experience an agricultural lifestyle. Due to Mastatal’s remote location, where most of the food is produced locally, Johnson has been able to experience sustainable living firsthand and develop skills rooted in experiential learning. “This is the first time I’ve had the opportunity to steward a garden myself,” she says. “That freedom has been fantastic.”

Tim’s vision for Rancho is to be almost entirely self-sufficient, producing everything from food to building materials to propane. As the volunteer scene in Mastatal continues to grow, Tim hopes visitors will see it in a broader light—not just a popular volunteer tourism destination—but as a hub of sustainability or regeneration.

“This community has the unique opportunity to set itself apart by being a place where people learn how to make a smaller impact as humans,” he says. “People come to build skills, then go out and apply the skills they learn and help shift to paradigms that are more sustainable.”

Want to learn about sustainable agriculture in Mastatal, Costa Rica? Here are five farms that offer volunteer and internship programs:

La Iguana: Learn how to grow, process and make chocolate. Volunteers are required to stay for a minimum of three months.

Siempre Verde: In addition to offering Spanish lessons, this farm accepts volunteers for a minimum of one week. Three to six-month internets in either farming or building are available.

Villas Mastatal: Accepts volunteers for a minimum of one week and offers internships that run three to six months, with a focus on organic farming.

Expect to pay around $10 to $20 per day for accommodation and food. Although speaking Spanish isn’t necessary, it makes for a much richer experience. Finally, know that Mastatal is remote—Internet isn’t reliable, and it takes three hours by bus to get to the nearest town, Puriscal. 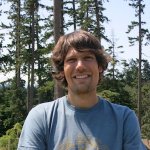