You are here: Home/ Articles/ Volunteer Abroad/ Articles/ To the Dogs 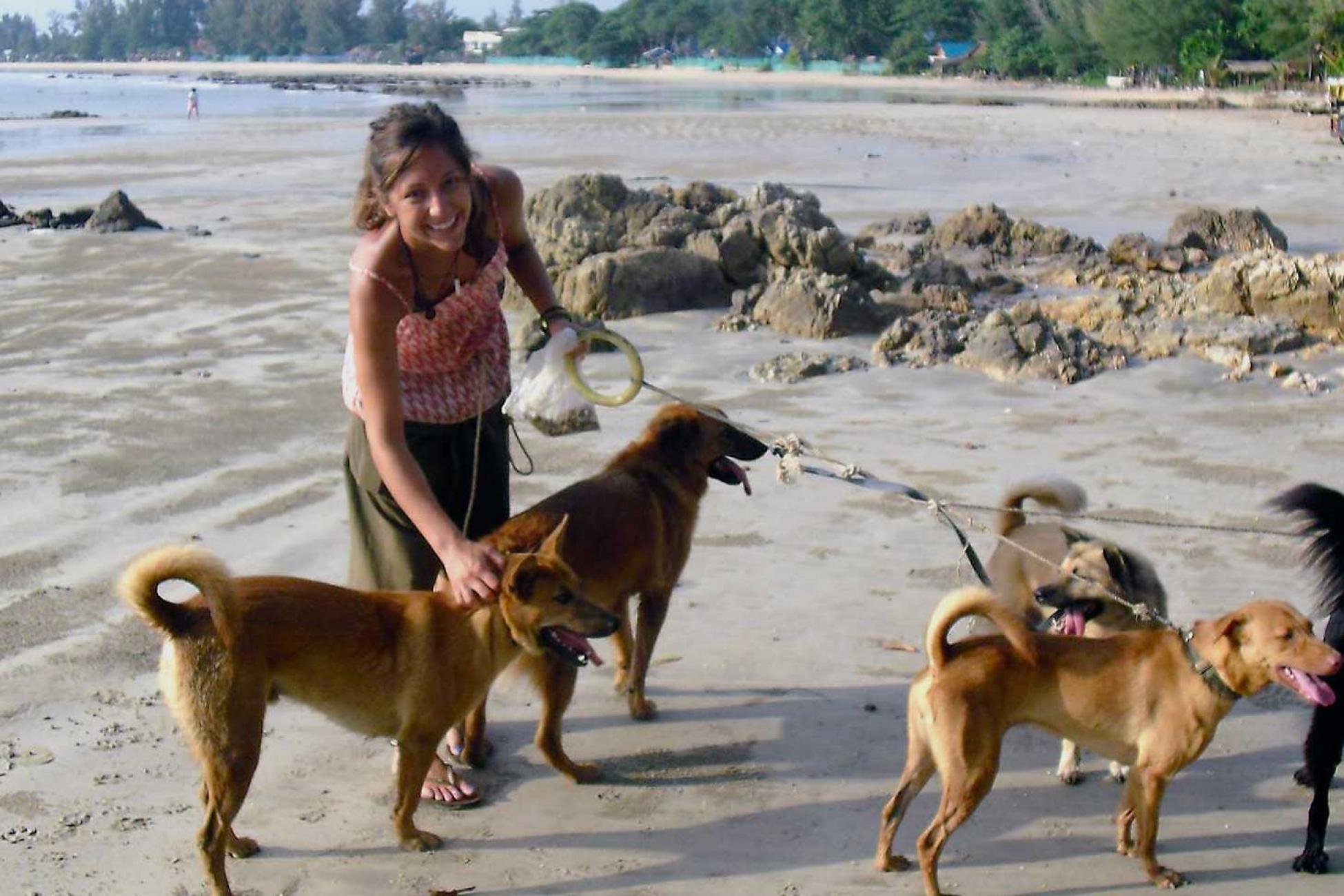 How to save the lives of strays by volunteering abroad.

I spotted the dog in a dumpster by my hotel in Bali. Filthy, weak and emaciated, she couldn’t compete with the other strays searching for food among the debris. I tossed her my lunch—chicken, noodles and vegetables—and watched her gulp it down ravenously, barely taking a breath. For the next two weeks, I returned each day to feed her, despite strange looks from passersby that clearly said, “Why waste food on a dog?”

The problem of street dogs—stray animals that are either abandoned or feral—exists worldwide, particularly in places where the North American tendency to treat pets like family doesn’t exist.

“Since many developing countries don’t have the resources for spay-and-neuter or rabies programs, the result is often overpopulation,” explains Kelly O’Meara, a director with Humane Society International (HSI). “We need to be culturally sensitive with the idea that it’s not something [people in other countries] are happy about either, but it’s part of their everyday lives.”

With too many dogs to care for, many live on the streets. North Americans travelling abroad may find this upsetting and feel tempted to feed the strays they encounter, like I did. O’Meara says that’s okay but it doesn’t provide a long-term solution. “You help that animal for however long you’re there, but there are many others that aren’t being cared for,” she says. “Our aim is to get at the source of the problem so that one dog plus many more can be helped.”

With sterilization and vaccination programs in place around the world, HSI offers overseas volunteer placements to veterinarians and healthcare workers who can perform or assist with animal surgeries. But you don’t need to be a vet to help—many organizations for the welfare of street dogs welcome North American volunteers.

Thailand’s Soi Dog Foundation, for one, operates a shelter, animal hospital and re-homing centre in Phuket that houses up to 300 abandoned and abused dogs at a time. The foundation feeds hundreds more living in temples around the city and runs large-scale sterilization and vaccination programs.

“We rely on volunteers in Thailand and overseas to help with fundraising, community awareness and donated supplies, but there’s lots to do at the shelter, too, like helping our street dogs trust people again,” says Soi Dog ambassador Romina Cacciola.

Personal Overseas Development (POD), a non-profit based in the U.K., offers similar volunteer opportunities in southwest Thailand. The organization became involved with the plight of street dogs in Koh Lanta after a tsunami devastated the area in 2005.

“There was major reconstruction work to do and the workers who came with their dogs left them behind when the buildings were completed; this led to a population boom,” says project and charity manager Gemma Lay. The amount of tourists feeding the dogs also increased, resulting in high survival and reproduction rates. “Unfortunately, some local forms of animal control are inhumane, like poisoning, drowning or throwing boiling oil on the animals,” says Lay.

POD works with a local dog and cat centre to care for injured and abused animals. For a fee, volunteers from around the world can spend a month at the centre, working six days a week to help catch strays and care for the animals. Lay says the love and respect that volunteers give the dogs helps them regain their trust in humans.

More developed countries aren’t immune to large populations of stray dogs, either. Desperate Greekies founder Michele Walker says that as times get harder in Greece, more animals—many of them former pets—are simply abandoned in the streets. Walker describes the lives of these dogs as “miserable. Strays are considered worthless; their outlook is bleak.”

Desperate Greekies, located an hour outside of Athens, runs sterilization programs, re-homes adoptable dogs and educates local shelters on animal care. Walker says “anybody from any country” is welcome to volunteer; no specific skills are needed, and on-site accommodation at the animal shelter is free.

Kelly Karger does similar work in central Mexico through her non-profit, Save a Mexican Mutt (SAMM). After Karger started fostering street dogs in San Miguel de Allende in 2002, she quickly realized the issue was much more complex.

“We now go to ranchos and campos in the area to provide spaying and neutering for dogs for people who can’t afford to pay or can’t transport their pets to a veterinary office in town,” she says, adding that misinformation is a big part of the problem. “It sounds strange, but some people don’t know they need to give their dogs food and water. We explain they’re not wild animals that hunt for food, that they depend on us for their basic needs.”

Karger says the best way to help is to be a volunteer escort for Mexican dogs that have been adopted by Canadians (see below). “If these dogs can be this strong and survive what they have been through, the least I can do is keep giving as many of them a chance as I can,” Karger says. “And, with the help of more good people, we could save so many more.”

Even a beach vacation can become an opportunity to save a street dog’s life. The next time you plan to visit a destination like Thailand, Greece or Mexico, check to see if animal shelters in the area need flight volunteers to escort adopted dogs to their new Canadian homes. Some organizations may even be able to offset a portion of the cost of an airline ticket for volunteers who agree to escort a dog

Most organizations, including Soi Dog, will handle all of the preflight arrangements for you, though you may be required to call your airline and book the animal onto your flight. Cacciola says a Soi Dog representative will bring the pooch to the airport prior to your flight. The dog’s new owner will meet you when you land.

“If you’re vacationing in Mexico you can arrange to bring a dog to its new home on your flight,” she explains, adding that SAMM, which needs help transporting dogs and then getting its crates back to Mexico, may even be able to offset a portion of the cost of an airline ticket for volunteers who agree to escort a dog.

“There’s no work or expense involved on your part,” Cacciola says. “But the feeling of satisfaction you get when you see an animal meeting its new family in Canada for the first time is priceless. 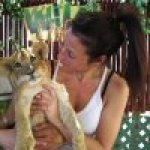 Noa Glow, a regular contributor to various Canadian publications, looks forward to doing more travelling with purpose. When at home in Vancouver, she enjoys practicing yoga daily and walking the city with her dog, Wally. Read her blog about volunteering abroad with Habitat for Humanity.