You are here: Home/ Travel Intelligence/ Why We Travel/ Why I Travel: To Expand My Kids' Worldview

Why I Travel: To Expand My Kids' Worldview 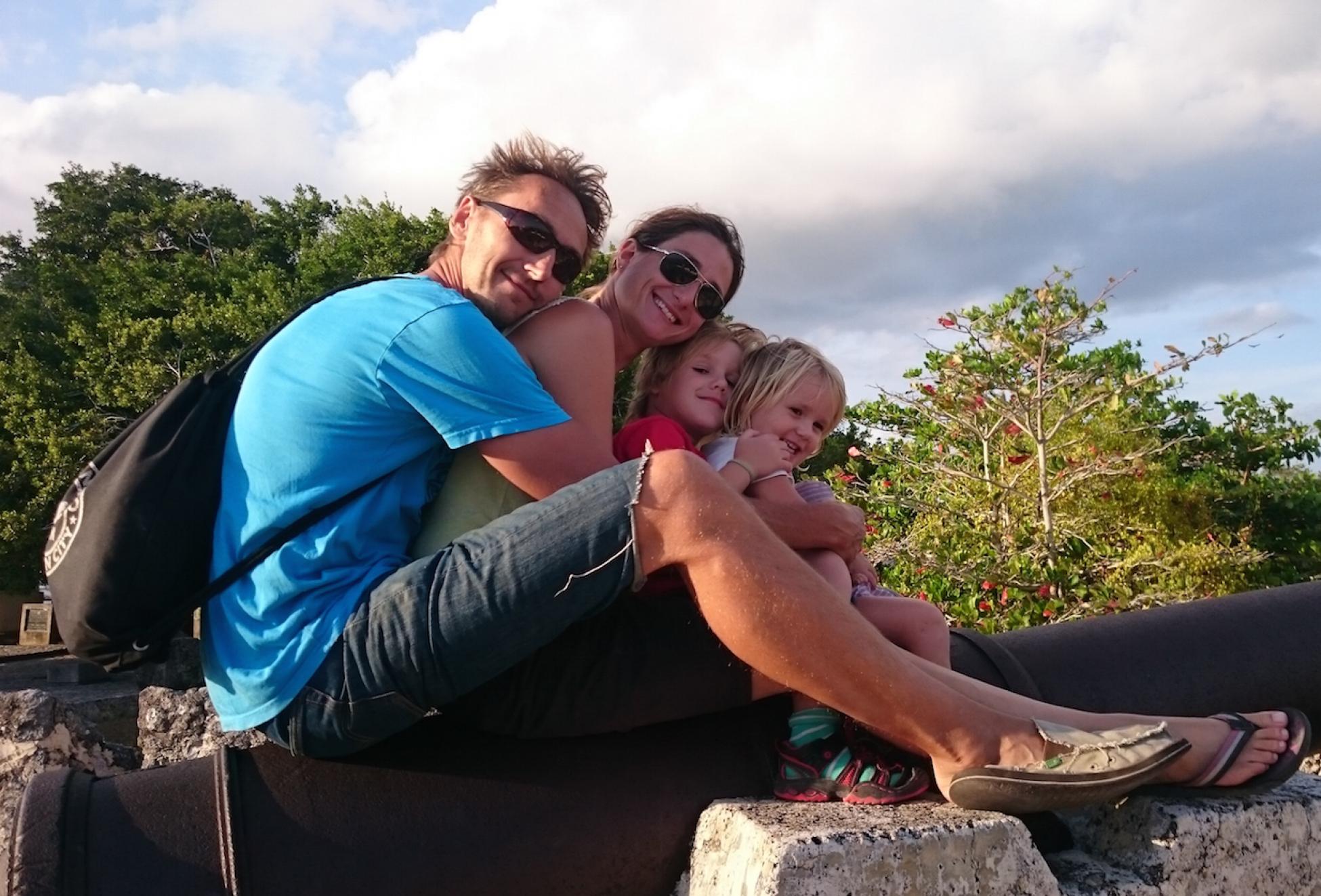 Want to rip up the rulebook and take your family on an extended adventure? Here's how—and why—I did just that.

The alarm would sound. Jumping up, we’d wash, dress and then coax the kids out of bed for a hurried breakfast before my bundling them onto the bus and zooming off to work. At the other end of the day, I’d rush to pick up the children on time. Both my husband and I were constantly stressed, which affected the kids and the quality of our family time.

Everything came to a head one day in early 2016, when my children and I witnessed a stabbing on the way home from the nursery. My husband and I started making plans that night. Living in Central London offered amazing opportunities, but the hectic pace of life was taking its toll. We were determined to find another way.

Travel had long been at the top of our list. Previously, we’d thought our kids—who were two and four—too young to get the most out of an extended period abroad. After discussing it, we decided that no time is perfect.

You don’t need a traumatic event to push you to make a decision, but in our case it sped things up. We wanted to be the ones teaching our kids our values and helping to shape their worldview—this was our opportunity.

Deciding to go was the first hurdle. Choosing where (and how to pay for it) was the next challenge.

Europe: Too expensive. One of our requirements was that our destination had to be cheaper than London. Asia: We wouldn’t pick up the languages quickly enough. Africa: We had already spent a lot of time on the continent, as I work in international development.

Finally, we hit on our perfect destination: Mexico. Latin America was ideal for us, as my husband already spoke good Spanish. Although it has a violent reputation, we had previously spent time in the country and knew that any danger was pretty much contained to the drug trafficking world. We’d be unlucky to get caught-up in anything. (That said, if we knew somewhere had a reputation amongst Mexicans for being dangerous, we didn’t visit.)

We wanted to be the ones teaching our kids our values and helping to shape their worldview—this was our opportunity.

Once we had made the decision to go, everything seemed to fall in to place. We quit our jobs (gulp), bought tickets and then told everyone.

How did we finance the trip? That's a fair question. London nurseries are horrendously expensive and can eat an entire salary. So I quit my job early to start the “more time with and for the children” initiative and we took them out of daycare. Since we’re unlikely to be able to enjoy our retirement in the way many older people can today, we also used savings to have a “family retirement” instead.

Telling the children was probably the most considered bit of our trip preparation. We showed them photos of Mexico, told them the plan and focused on the positives. However, we couldn’t ignore that we were about to turn their young lives upside down.

When it comes to travelling with kids, even the expected can feel unexpected.

In principle, nothing could be better for kids than six months hanging out with their parents, exploring and learning about new cultures, right? But that doesn’t mean it won’t feel like a huge deal to you or the children.

We realized early on that we were likely to see changes in our older child’s behaviour as he processed the change. For a few weeks on either side of the move he was uncooperative and sullen.

One day, I returned to our house to find my two small children alone in the living room. The Spanish nanny we had hired one day a week was nowhere to be found.

Just then, she stormed through the front door, furious. As it turns out, she had gone into the garden to get the buggy and bike ready to the take the kids out, when my son had locked her outside. Luckily, Marta had keys in her pocket.

Travelling and new environments can be stressful for everyone. If you’re stressed, the likelihood is that your child is stressed, too. Not only are they experiencing sensory overloads, they’re also dealing with an uncertain parent, who may have nerves about taking the plunge. We made sure that we didn't discuss our concerns in front of them. We agreed early on that we would be nothing but positive about the trip, assuming that if they saw us being excited and brave, it would rub off on them.

You’ll know best how to manage this for your kids. Our children are particularly young, but they responded well to a reward system that we devised. Every day, they could earn tokens for bravery and helpfulness. At the end of each month, they were allowed to exchange their tokens for a toy—which they loved. It really helped give them a reason to be brave in new situations such as starting school in a language they didn’t understand, swimming in the open sea to watch turtles, or jumping in to cenotes 90m deep.

The world is my children's classroom and the learning opportunities are endless.

As he became accustomed to his new surroundings, our amazing boy returned to us and began to flourish. Along with his sister, we enrolled him in school in Merida, where we spent most of our time. There, they learned Spanish and Mayan, celebrated Mexican festivals and culture, and made local friends. It was incredible. The school embraced our children and made them feel welcome. In turn, they accepted their new school, language and life.

After an amazing six months abroad, we returned home. Our kids are happy, well adjusted, and more confident than they were before the trip. They understand that there are different cultures, that people do things differently and that people speak different languages. Now that we're home we see that both our kids are more aware of the non-English speakers in their schools. They understand what it is to be the kid who doesn't always understand, and how grateful they were when kids made space for them. They learned to be the space-makers.

If you are considering a similar experience, take a deep breath, realize no time is the perfect time and just do it. We have never looked back, indeed, we’re itching to go again.

Cassie Pearse is a 30-something woman who has previously worked in international development and the third sector in the UK. She has travelled and lived all over the world. Cassie blogs about travelling with children and is writing a book about travelling through Mexico with children. mexicocassie.com