You are here: Home/ Travel Intelligence/ Why We Travel/ Cooking up Clean Air with Clean Burning Stoves 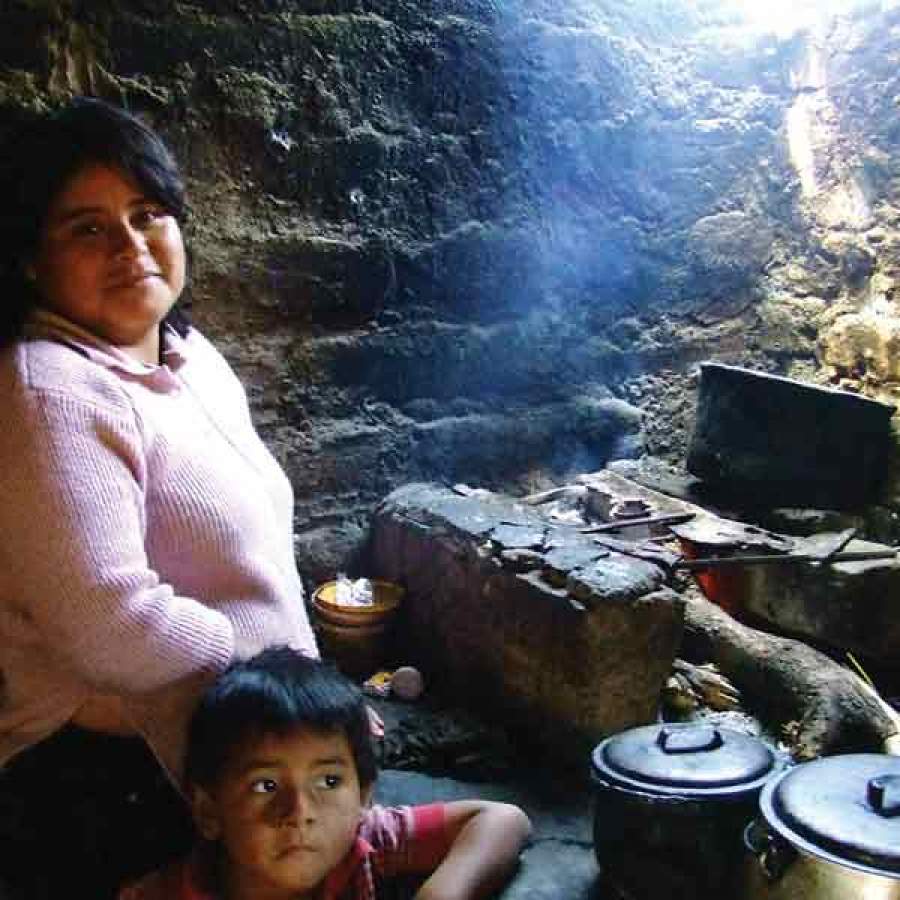 A stove that can save lives and slow global warming? How the clean burning stove is doing just that.

Imagine that preparing meals for your family, or heating your home could be dangerous. Fatal, even. For roughly three billion people, that's reality. Nearly half the global population meets their most basic energy needs by burning biomass-wood, coal, charcoal, dung or agricultural waste-inefficiently. The smoke produced by this inefficient burning of solid fuels is filled with hundreds of pollutants, including carbon monoxide, nitrogen dioxide and a whole range of known carcinogens.

This is indoor air pollution (IAP), and its levels in many low-income homes in the developing world can be fifty times higher than acceptable levels of outdoor air pollution. IAP is listed by the World Health Organization (WHO) as the fourth highest global risk factor to health-behind HIV/AIDS, malnutrition, and water and sanitation. It kills 1.5 million people every year (more than malaria) and it's responsible for over half of annual pneumonia deaths.

And at the heart of the issue is not only what is burning, but also how these solid fuels are burnt. Low-income families in developing nations often rely on traditional three-stone fires-indoor campfires built out of three stones on a dirt floor with burning fuel in the centre-for all aspects of household energy. But an open flame is inefficient, and produces an overwhelming amount of smoke. In small, poorly-ventilated homes that are often designed to keep heat in, that smoke clings to the walls and fills the lungs of the women and children who are tending the fire.

"If, as a European or a North American, you've never been to a hut that is really smoky and you can't breathe, and where your eyes start watering, it's hard to imagine that burning wood could really be such a health issue," says Eva Rehfuss of the World Health Organization. "For us, there's this sort of romantic association of sitting around an open fire in the summer or sitting in front of a fireplace in the winter-but of course in developing countries the situation is very different."

And that situation, she adds, is in dire need of being addressed. According to the 2006 WHO study, Fuel for Life, inefficient burning means families inhale an amount of smoke "equivalent to consuming two packs of cigarettes per day." Though initial studies of IAP were released in the 1980s, the issue received very little attention from the international development community for decades. In 2002, the WHO included IAP among its top ten risk factors to health.

Now, five years later, there are a host of organizations working to address the problem by replacing these traditional three-stone fires with safer, higher efficiency stoves. The stoves vary in design, but always allow for more effective combustion of fuels, and draw the smoke out of homes via some form of chimney.

The idea is not a new one. The German-based development enterprise GTZ, for example, has been involved in the installation of clean burning stoves since the early 1990s. Since 2005, they've had anywhere between 15 and 20 stove projects running at any given time, mostly in Africa. Other organizations were spurred into action by the 2002 WHO report. ProWorld Service Corps, a volunteer-sending organization, has spent the last five years working to develop an ideal stove for installation throughout the mountains of Peru.

ProWorld founder Richard Webb emphasizes that to address the problem effectively, these stoves must be affordable, attractive to the people using them and sustainable. Right now, the stoves the organization installs are manufactured locally in Peru. Most pieces are made entirely from ceramic and assembled with fresh mud. The main appeal of this design, says Webb, is its simplicity. People will be able to maintain and repair the stoves easily, with materials that are readily available to them. Working in partnership with the Peruvian government and the Pan-American Health Organization, adds Webb, ProWorld is striving for the ambitious goal of eventually installing one million stoves throughout Latin America.

But the effects of using these stoves reach well beyond issues of health. Increasing the efficiency of burning means less carbon emissions and reduced deforestation. And these additional benefits have attracted the attention of a growing international carbon market.

So far, only the European Union enforces carbon emission regulations. But in anticipation of forthcoming policy changes, North American businesses-both big and small-have been aligning themselves to adjust by developing a voluntary carbon market.

Essentially, companies known as 'carbon brokers' sell 'carbon credits' to individuals or small businesses that would like to be "carbon neutral," but cannot completely eliminate their own energy use. These brokers then invest the money they collect into development projects which reduce an equivalent amount of emissions in another part of the world-and they're beginning to recognize the value of clean burning stove projects on the emerging carbon market.

The stove installations can increase household energy efficiency by anywhere from 30 to 80 percent, and in this case, reducing emissions also means eliminating serious health risks. So in addition to reducing global energy use, clean burning stoves can save lives in a real and practical way.

Ally Charlton is the project coordinator for the German commercial broker CarbonPositive, which recently completed a pilot stove project in Ethiopia. "The carbon markets are a way of getting money into projects which have multiple benefits on so many other levels," she emphasizes.

Offsetters is a Canadian not-for-profit broker co-founded by James Tansey, Chair of Business Ethics at the University of British Columbia. The organization is currently coordinating a partnership with ProWorld as their first foray into international projects, and Tansey agrees that the stoves offer a unique combination of benefits. "The nice thing about this project and part of the appeal of it," he explains, "is that it allows us to do something that's good from a climate perspective but is also good from the perspective of being able to have a direct impact on health outcomes."

Anna Ingwe, a project officer with GTZ, knows the real, tangible benefits of these projects are in the home. Ingwe is a native Tanzanian who's been working across sub-Saharan Africa in the field of clean burning stoves for over a decade. "Women in African society have the biggest burden-to care for the family," says Ingwe. "When a woman is using firewood in the kitchen, and it is taking a very long time to cook, she is being exposed to the smoke. So it is the women who are being affected."

Who could have imagined a kitchen appliance with global advantages? "The less we burn, the better for the world," says Ingwe.