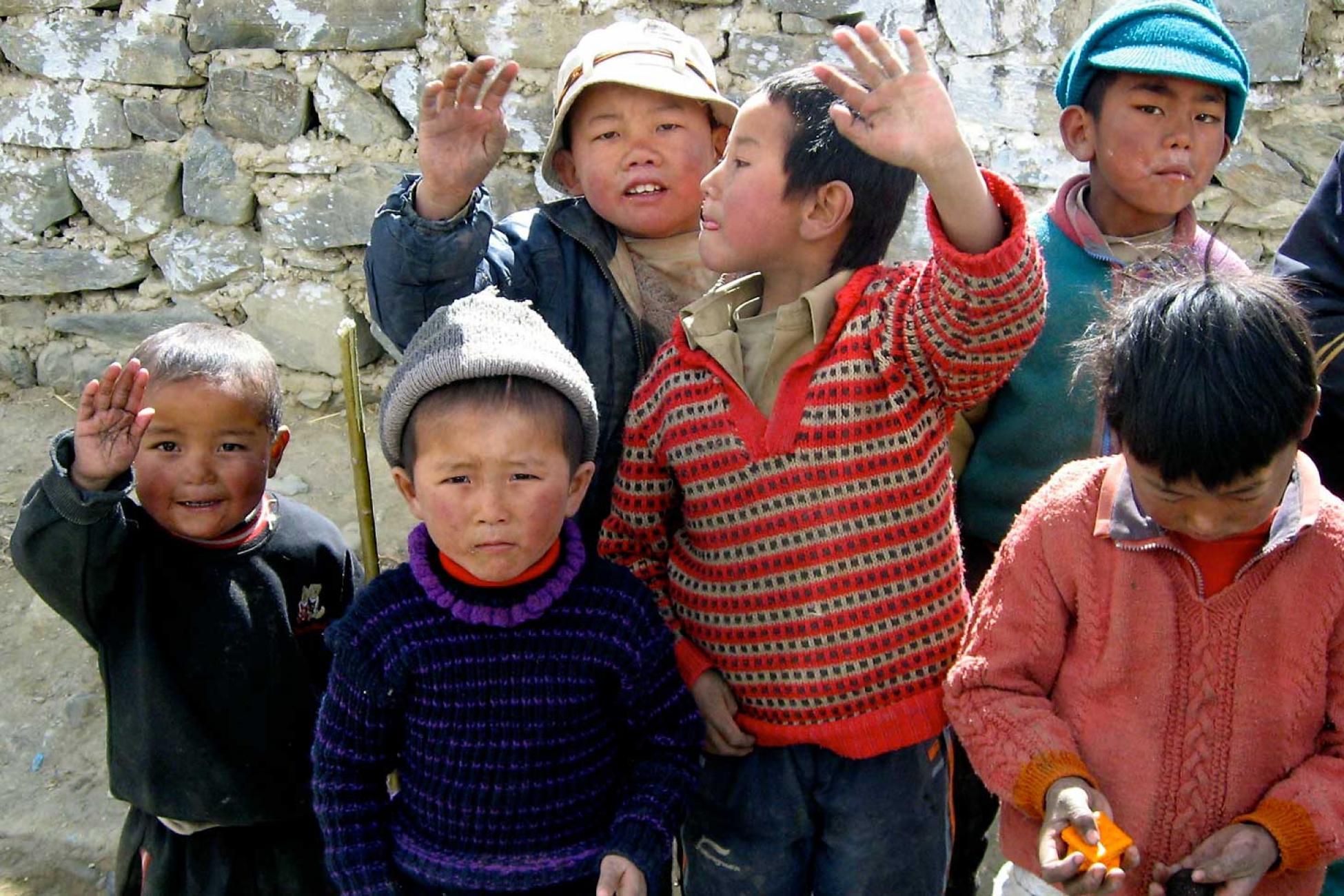 And the winner is... "Lesson in Compassion Through the Eyes of Children" by Bruce Passmore. Congratulations!

"Lesson in Compassion Through the Eyes of Children"

This is the true story of how two young street children in Lhasa, Tibet changed my life. They taught me how to turn anger into compassion.

I was fuming. I had spent the past month clandestinely hitchhiking around Tibet trying to document the persecution of Tibetans by the Chinese government. I had seen the crowded forced labour camps, the resettlement projects changing the ethnic makeup of the country, Tibet’s holiest lake being drained for mining. I had naively thought my efforts would help change their situation, only to learn later that those who had helped me were being investigated for “crimes against the state”.

I didn’t know what to do. I entered a nearby temple, and like any hour of any day, it was busy, the air filled with a haze of incense. I quickly took an empty space off to the side. I didn’t want to be noticed. As an agnostic, it was strange for me to be in a temple at all. I took a deep breath of temple air. I closed my eyes, and asked the large Buddha at the front of the temple two questions: “How do I rid myself of this anger, this hatred? How do Tibetans endure this oppression without turning to violence?” I began to prostrate myself like the others around me, standing first with hands held above my head, bringing them to my eyes and then my chest, and finally crouching down and lying flat on the floor with my hands stretched in front of me. With each prostration I chanted the only Tibetan prayer I knew, the prayer of compassion, resolving to continue until I had answers, even if it meant being there all night.

After about 30 minutes, though, I began to lose my focus and feel self-conscious. I felt I was being watched, and sure enough, when I opened my eyes just a crack, I saw two small children with wide eyes, a boy and a girl, dressed in rags, smiling up at me. I smiled back, and they giggled. Five minutes passed, and they continued to watch.

My legs were getting tired so I took a break for a few seconds. I glanced over at the children. They were still there, still smiling. I smiled back again. Hesitantly, the little boy stretched out his hand. In his dirt-encrusted palm were two small, bright candies. I stared at him, wondering what he wanted me to do. He reached farther and gently placed them in my hand, so delicately it was as though they were precious jewels entrusted to me for safekeeping. Then both children jumped up, smiled again, and ran off into the crowd of worshippers.

I stood up and walked in the direction they had run. I saw them, just outside the temple.  They sat beside a woman I assumed was their mother. She looked too ill to stand, and was begging passers-by for money. The two ragged children were eating someone’s discarded lunch. They were still laughing and giggling together.  I suddenly realized I had found the answer to my questions.

The good, the bad and the ugly of travel

Trying to judge this writing contest has been an interesting experience, for two reasons.

First was the sheer volume of entries that poured in from passionate travellers all over the world. It is incredibly difficult—even for experienced editors—to compare several hundred pieces of writing fairly without allowing mood or tiredness affect our perceptions. This is one of the reasons it has taken time to bring you a shortlist; to everybody who entered, thanks for your patience.

This challenge, however, pales in comparison to the second.  Our theme for this contest was “meaningful travel”.  We asked you to show us how travel has influenced or changed your life. Talk about a call to arms.

A number of common themes emerged that unite our travel experiences.  Travellers spoke to us about:

Travel also opens our eyes to global issues in a way that nothing else can and urges us to reflect on:

Finally, writers conveyed what drives them to travel: their need to escape, their sensation of freedom, their wonder at following their dreams.

Above all, what became clear was the emphatic message that true travel is about learning.

Choosing among the scores of worthy submissions we received has been like choosing between different parts of a whole. Travel shows us the myriad facets of our planet—good and bad—opening our eyes to worlds we’ve dreamed of and others we wish did not exist.