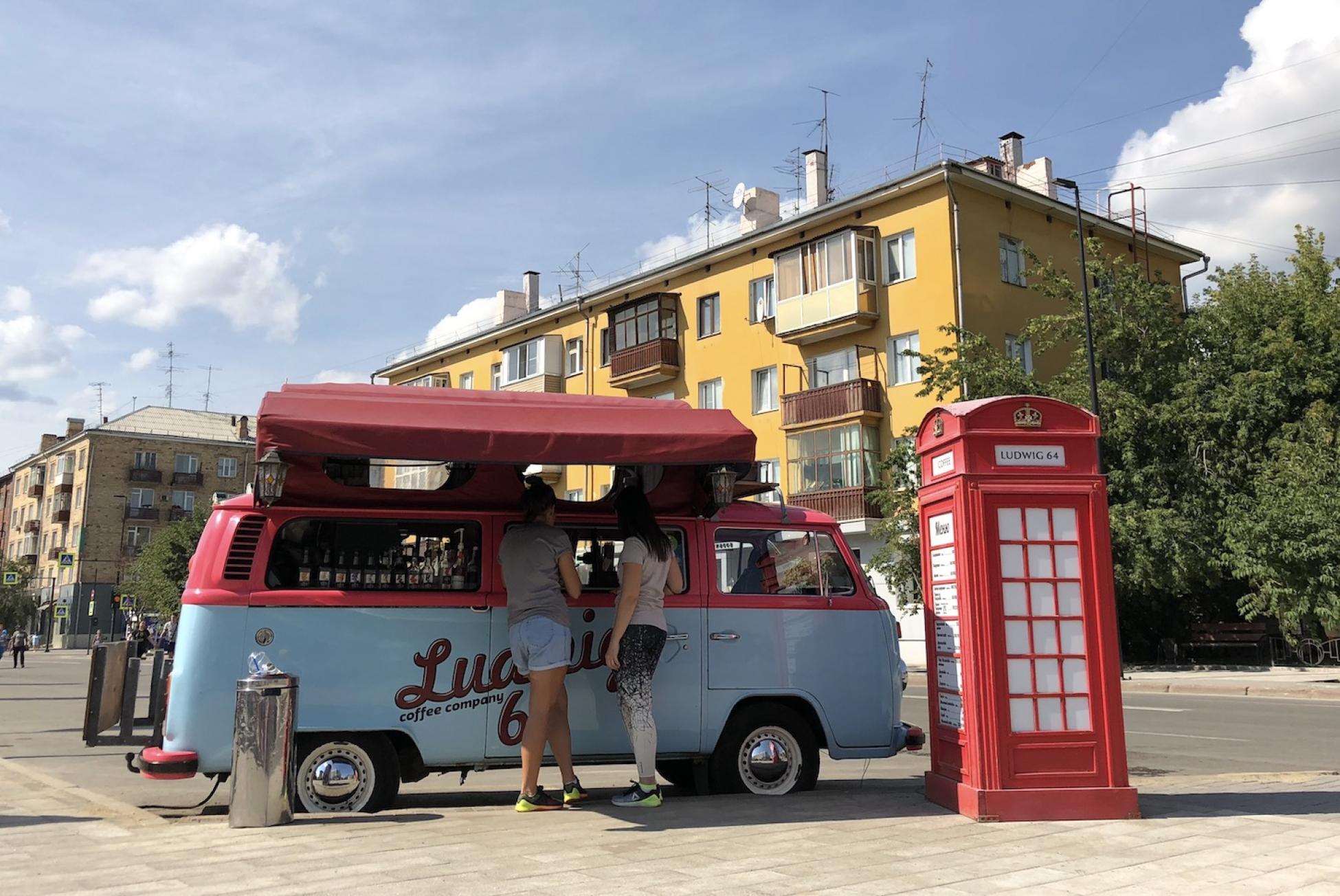 Cold, unfriendly and unforgiving? Think again. Three myths about the northern region that need to be debunked now.

I’m desperate for a cool drink. The midday heat outside is unbearable—with the humidex, it’s pressing on the edges of the high 30s.

I duck into a café. It has all the trappings of your standard urban coffee shop, complete with hip-looking millennials listening to music and scrolling. A barista with perfectly groomed facial hair stands at the bar, ready to take my order. Behind him, a chalkboard lists all the single-origin brews and pour-overs on-offer. It also has exactly what I'm craving—a cold-pressed juice, made fresh that day.

The scene that I’m describing is one that I’ve lived dozens of times over, in cities across the globe. But never did I expect to be experiencing it in Siberia, a place perhaps best known for its ice and isolation.

In August 2018, I travelled to Siberia as a guest of Follow Up Siberia. (A corporate social responsibility project of mining company Nornickel, the trip coincided with the launch of the 2019 World University Games.) When I was invited to join the cross-cultural team of influencers and bloggers, I didn't know what to expect. My knowledge of Siberia was largely limited to what I had learned in grade nine social studies about Soviet-era Russia.

It didn't take long for that to change. Here are the top three stereotypes about Siberia, and how—in less than a week—they all came tumbling down.

Let’s get one thing out of the way: Siberia is massive. Just getting to Krasnoyarsk, the host city of the World University Games, involves flying four hours east from Moscow—and even then, you still haven’t made it halfway across Russia. My favourite fact? If Siberia was its own country, it would still be the biggest nation in the world.

My favourite fact? If Siberia was its own country, it would still be the biggest nation in the world.

So, making a blanket statement about a geographical region that stretches a whopping 13.1 million square kilometres is just kind of, well, ignorant.

Yes, Siberia has long, brutal winters. But if you asked an Australian, I’m sure they’d say the same thing about Canada.

Luckily, I was in Krasnoyarsk during a late summer heat wave, which sent temperatures soaring. So much for that stereotype.

This archetype is one that’s difficult to escape, largely because we see it every single time we turn on a TV or head to the movies.

“If Russians didn’t exist, Hollywood would have to invent them,” journalist David Klion wrote in September 2018 on Coda Story. “Russians aren’t so much a nationality as a set of tropes, sometimes resembling human beings but more often functioning as a kind of dark mirror for American and British protagonists.”

Think: Red Sparrow; "Red" in Orange is the New Black; and basically every Bond villain ever.

The stereotype is so pervasive that Follow Up Siberia tackled it in the most confronting way possible; they launched a “Smiling Siberia” contest, in which participants uploaded photos of themselves grinning ear-to-ear on social media.

I didn’t need to follow a hashtag for proof that this stereotype was bogus. Although my experiences were limited to Krasnoyarsk and Moscow, nearly every Russian that I interacted with was hospitable, friendly and, yes, smiling.

(Granted, I was also there while a city-wide summer festival was on. If tourists only visited Canada in the depths of February’s coldest and darkest days, I suspect they’d probably also think we're a bunch of unfriendly hosers.)

Myth #3: Siberia is trapped back in the USSR.

I didn’t drink a single shot of vodka, eat any potatoes, or even ride in a Lada. (I did, however, snack on a dried pinecone and do a shot of horseradish liqueur.)

Unfortunately though, the USSR’s legacy has left some truisms. Most notably, Krasnoyarsk—despite being located in otherwise pristine wilderness—has one of the highest rates of smog in the world. At points in 2018, it even beat out Calcutta for the poorest air quality worldwide.

Soviet-era infrastructure—namely the metallurgical plant and power station—are largely to blame. In my conversations with Lucy Dobrynina, public relations for Nornickel and one of my hosts, she didn’t try to gloss over the problem. Instead, she told me that it would take time and money to fix. Currently, Nornickel is investing around $20 billion into modernizing its plants, with a focus on reducing environmental impact.

But for all that’s trapped in the past, there’s progressive communities working towards breaking down outdated stereotypes. At Yushin Brothers—a hipster hangout, where you can get a haircut, smoke a hookah and eat a burger all in one go—I met a community of sustainably minded entrepreneurs who are creating products unique to the taiga.

Brevno, the makers of wooden sunglasses, wants create “modern product[s] that [will] show the world that Siberia is not just vodka and bears.” Similarly, Tasty Taiga produces jams geotagged with where the wild ingredients are sourced. Founder Olesya Ushakova says she does this to celebrate her “love and admiration for Siberian nature, people and life stories.”

It's all-too-easy to fall back on generalizations and stereotypes when we talk about where we travel. Ultimately though, five days was hardly enough time to begin to contextualize or try to understand the historical, political or social forces behind my experiences.

However, it was long enough to reach one conclusion—when Krasnoyarsk celebrates the opening of the 2019 World University Games this weekend, international participants are about to have their world views altered. And, I hope, they might even be able to try a pinecone with a side of horseradish liqueur.

Want to learn more about Siberia or Russia? Learn more from our blogger Jillian Elkin, who was an English teacher in the Siberian city of Novosibirsk, or Katrina Keegan, who is currently studying abroad in Russia.

The writer was hosted as a guest of Follow Up Siberia, which didn’t review or approve this story prior to publication.