You are here: Home/ Travel Intelligence/ Editor's Desk/ Q & A: Why Does Solo Female Travel Matter?

Q & A: Why Does Solo Female Travel Matter? 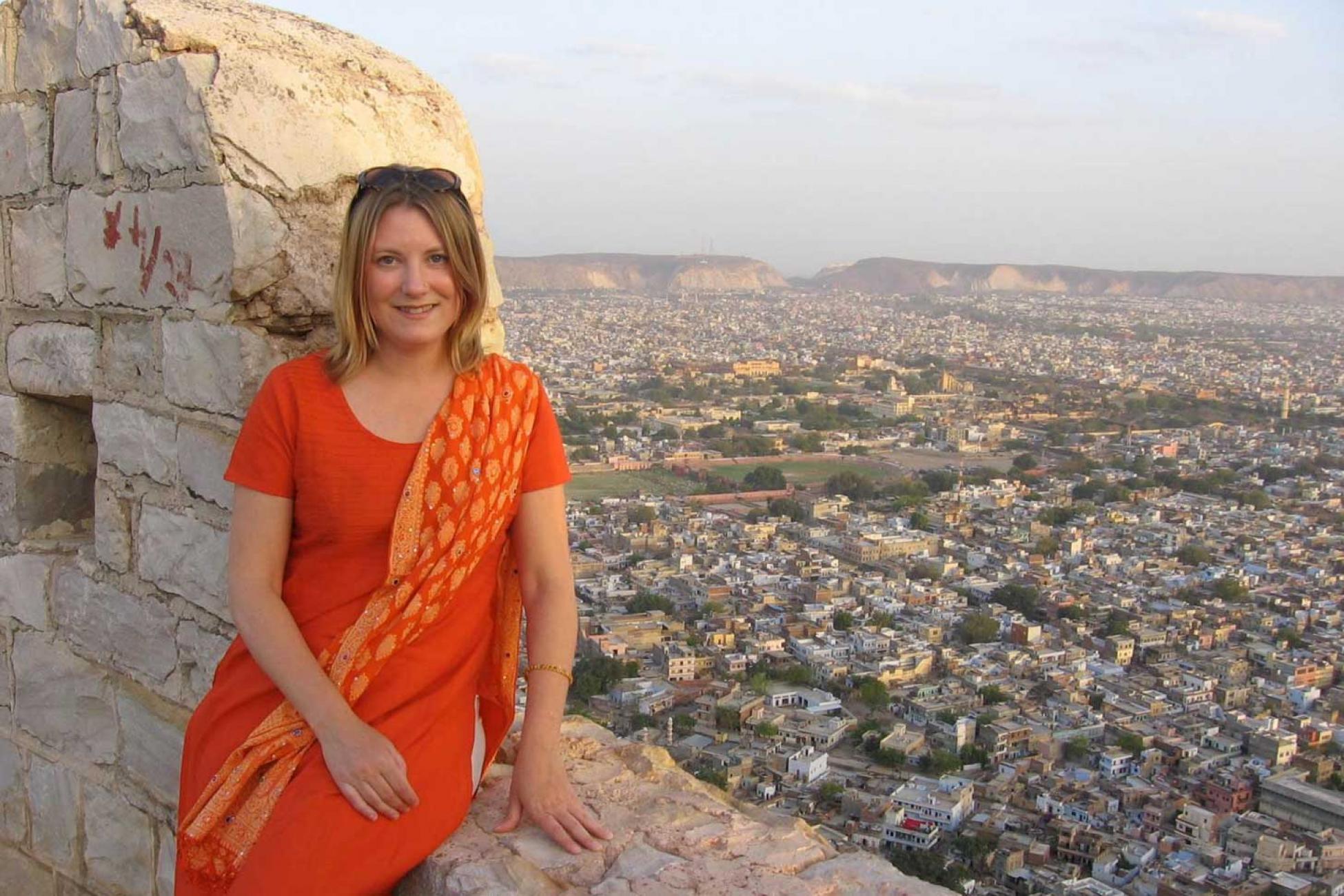 Part one of a two-part online panel discussion.

Now it seems, more than ever, women are starting to travel solo. Propelled by both pop culture (Wild, anyone?) and the desire to see their world on their own terms, there’s countless independent women traversing the globe. But with this movement comes a lot of unanswered questions. Are there certain countries women should avoid when they’re travelling alone? How can they stay safe on the road? And most importantly, why is it important to travel solo as a woman?

This month, our online discussion panel of travel experts includes:

• Beth Santos, the founder and CEO of Wanderful, a global community for women who travel, with 16 chapters around the world.

• Mariellen Ward, a professional travel writer based in Toronto and sometimes Delhi. Breathedreamgo.com, her award-winning travel blog about "meaningful adventure travel," is inspired by her extensive solo travels in India. She writes for many print and online sites, co-founded the Toronto Travel Massive and founded the WeGoSolo online community for female solo travellers.

Why should women consider travelling alone?

Beth: I think solo travel is very special. I’ve heard people say that if you’re thinking of marrying someone, you should travel with them first, because you learn so much about them as a person. In a similar way, I feel that everyone should travel alone once as well.

It provides us with a way to reconnect with ourselves and to learn about who we are. I also believe that solo travel is never truly solo—you make so many friends along the way and I think that experience alone is very powerful.

Mariellen: The biggest benefit of travelling solo—which most women say is number one—is the confidence it gives you.

The confidence I have gained from travelling solo in India for so many months has given me an absolutely priceless amount of self-knowledge and self-confidence. It's the best thing you can do for yourself.

Are there any limitations that are unique to travelling as a woman?

Jessica: The "limitations" that a female may experience are typically going to be because she is a female, not because she is travelling. Different cultures may have limitations towards women, and out of respect for that community it's wise to observe them.

"I think making women afraid of travel—or afraid, in general—is another form of oppression."

Beth: I think it depends on the country you travel to, and their cultural expectations of women there. Every country is different. Are there times I’ve been limited from doing things because I was a female? Absolutely. Some of these are social constructs. Some are a little more tangible (try squatting over a toilet in Haiti with your period and you’ll know what I mean).

Mariellen: There are a few limitations to travelling solo. I know men who walk around freely at night in various cities, who hitchhike regularly, who go trekking alone. . .these are some things that I probably wouldn't do. I'm careful at night, and I don't hitchhike. I wouldn't trek very far by myself either (not overnight). Also, I'm probably more cautious than a man about assuring there's transportation waiting for me when I arrive in the middle of the night. So, most of the time, it's not that different for women; just a few specific situations.

When people say “careful of where you travel,” is that always patronizing? Are fears overblown, or are they sometimes legitimate?

Beth: I remember this incident well. It’s what really got me fired up about creating our community of women travellers. I don’t believe that women should hesitate to travel somewhere simply because they’re women, and I recognize that not everyone agrees with me on that statement. However, I also feel that all travellers should be concerned about their safety and security, no matter what gender they are.

I read a book once by Chris Guillebeau, and it talked about how people always judge on outcome. If this woman hadn’t been killed, no one would have thought anything of it. But because she was killed, everyone was saying, “Why on earth did she do that? What was she thinking?” The comments that really got me angry were the ones that shamed her for leaving her husband and family behind. I felt that those ones were truly patronizing.

Mariellen: That's a good question, and a big one. I started #WeGoSolo tweet chat and community following that terrible incident. There was a backlash against female solo travel. Hundreds of female travel writers, bloggers and travellers spoke up for solo travel, and most of us reiterated the shocking truth—that violence against women is a worldwide problem and most of the time, the woman knows her attacker. In fact, it is often her partner.

I think making women afraid of travel—or afraid, in general—is another form of oppression. We need to be cautious, yes. But fearful, no. It's our world, we have a right to go out and see it. Otherwise, nothing will ever change.

Jessica: It's important to understand the people generally say "careful of where you travel," because they have a fear of the unknown. In our opinion, education is key. Research your travel route before you depart and talk with others who have been there before you, but don't let the Internet or the media scare you. Fears are sometimes overblown, but you also don't want to be a naive traveller.

You can't really put a generalization on one whole destination (city or country) and call it dangerous. True, there may be areas within a city or country that one should be wary of, but sometimes you can't know that until you've arrived at your destination. Once you've arrived, talk with locals and heed their warnings, trust your gut, and use your best judgment. This is advice for any traveller—not just females.

Stay tuned for more next week, when our experts give their advice for solo women travellers. 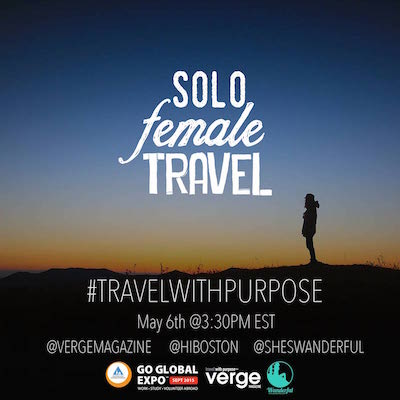 Want to ask our experts for more advice (and maybe win some prizes in the process)? Join Verge Magazine, She’s Wanderful and HI Boston for "Solo Female Travel" Twitter chat on Wednesday, May 6. Log on at 3:30 PM EST and look for the hashtag #travelwithpurpose.