You are here: Home/ Articles/ Study Abroad/ Blogs/ Give Me a Å! Give Me a Ø! 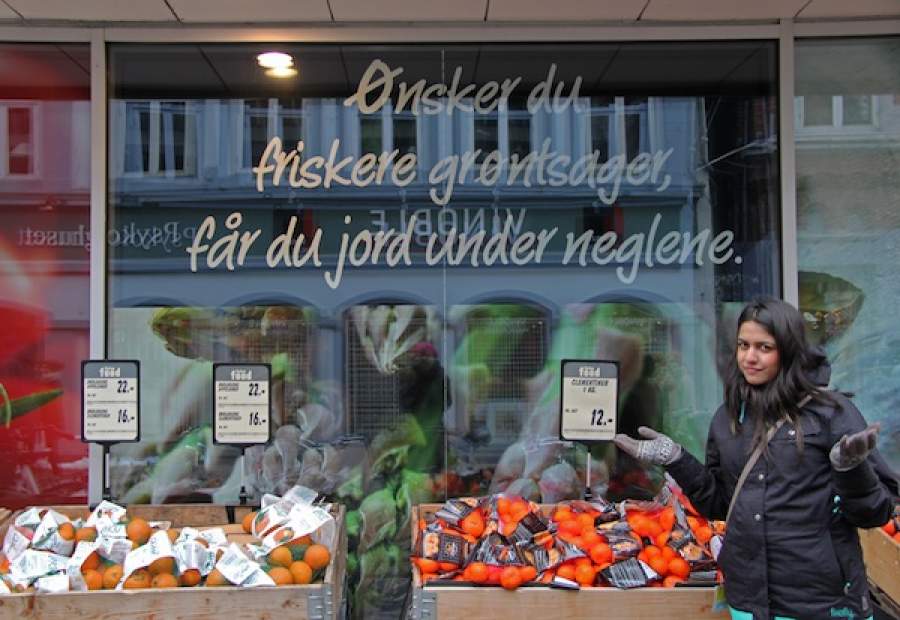 Picking up the Danish language can be hard, especially with all these linguistic curveballs.

It’s embarrassing, but I’ll admit it: After six months of living in Denmark, I can’t pronounce the name of my street.

Whenever I need to call a cab, I try my best to say “Rødkløvervej” but they either send a taxi to “Hørhavevej” or ask me to spell it out. In the latter case, I probably come across as an ignorant North American when I say, “R – O with the slash in it – D. . .”

Within my first week in Denmark, a kind Dane tried explaining to me the difference between ø, å and æ. The three sounded more or less the same to me even then. That was probably the day I officially decided not to take up free Danish lessons offered at the University.

I really like languages. I speak three really well, and I am intermediate at a fourth. I am not scared of learning new vocabulary and grammatical structures. But what intimidates me about the Danish language are the sounds. It’s the same situation where after being surrounded by French-speaking friends for many years, I have picked up the basic vocabulary and slang, but no matter how hard I try, I can’t get the “R” right. When I need to make those throaty sounds, I am at a loss.

When I visited my cousin, his wife and their little daughters in Oslo, I picked up a lot Norwegian (mostly because the two and five-year-olds only spoke Norwegian, and a little bit of Punjabi). I learned how to count, say hello and started understanding when my nieces wanted my hjelpe (help) and when they wanted me to leave them alone.

I mentioned it to my cousin how interesting it was that I picked up Norwegian so fast and struggled with Danish for months. In the typical Scandinavian-style rivalry he replied, “It’s because we don’t vomit out our words.”

Personally, I wouldn’t be so harsh towards my Danish friends, but that doesn’t mean I am still hoping to eventually grasp this language. I have now reached the point where I can read most menus and notices, but if someone speaks to me, I’m a deer in headlights.

Before I leave Denmark next month, my goal is to be able to call a cab and say, “Rødkløvervej” and have a taxi show up at the right location. That isn’t too much to ask, is it?